HOW NOT TO MASQUERADE HEARSAY AS NEWS

Oddity as an element of news is acceptable. But it helps to restrict the coverage to realistic, proven, verifiable or probable occurrences. For a national TV station to lead its prime time news with a story of how a young girl had allegedly been 'discharging' metallic objects in her stool, is a a good example of how not to masquerade hearsay as news. 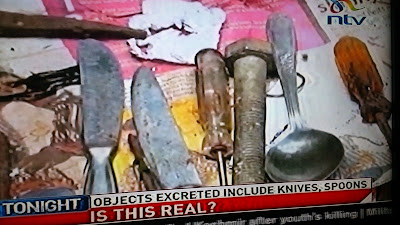 For starters, there was no evidence to suggest that this unusual episode did actually happen, other than the parading of the alleged metallic objects, (which onlookers generously handled).

The entire story, it seems, hinged on the claims by the girls mother, that she actually witnessed the bizarre phenomenon. But what happened to the journalism tenet of using multiple sources?

And more importantly, did the need to seek an expert's opinion not arise? Is it even biologically possible to excrete sharp implements without suffering from internal bleeding, or other health risks? 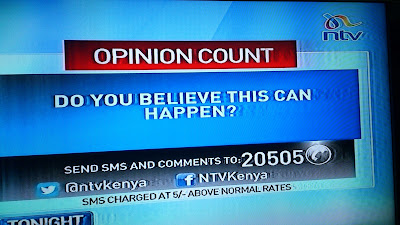 The TV station did attempt to seek views on this story. But alas! The target was the general audience.

Time and time repeatedly, news producers delight in bringing in studio guests to analyse stories or provide expert opinion. But for this particular one, it was deemed fit to augment the apparent gaps in the story, with more uninformed reactions from viewers. 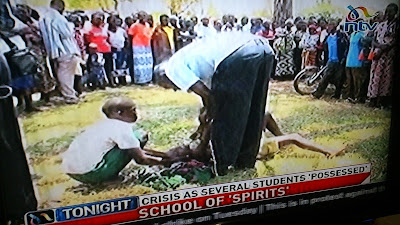 Indeed, there has been a disturbing trend of debasing news by dwelling on sensational reporting, as opposed to sticking to the factual elements and rational observations.

And that, is how not to masquerade hearsay as news!

Remember the Jeff Koinange's Niger Delta Stardom debacle,the story about Chokoras of Dandora who rape, steal and maine at will was also stage managed, the chokoras were paid by the reporter etc, etc. Good journalism has gone to the wire and it is survival for the fittest. Every media house want to out do the other by any means necessary.-Peri

Indeed, it appears like higher ratings are being sought by reducing news broadcasts to vehicles of merely amusing the audience.