ILL-ADVISED DASH TO DISH OUT A DELICIOUS DILLISH EXPOSE?

Who said Investigative Journalism has to be centred around unearthing the vile, despicable, deceitful, hidden atrocities or malpractices? Must the exposes focus on matters to do with crime, scandals or injustices? Kenyan media outlets need to also churn out investigative pieces with a happy ending. 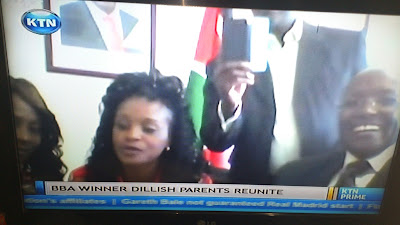 A recent undercover story, heavy on dramatic narration and liberal use of shocking (unethical)? footage, indicates just how much resources can be put at the disposal of journalists, to very much facilitate their 'detective' work, so much so as to 'rival' that of official law enforcement agencies.

If this challenges the police, for example, to up their game, then it's largely agreeable. However, investigative journalism should not just be confined to 'comforting the afflicted and afflicting the comfortable', in my view. 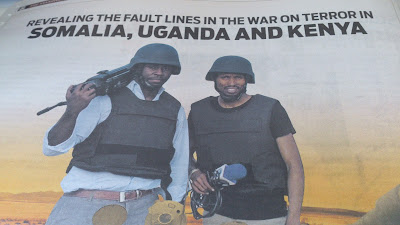 Compare the intricate, time consuming preparation and the elaborate delivery of the print and broadcast series on terrorism, with the rush to break and move forward the story about the identity of the father of the 'Namibian' winner of Big Brother Africa, and his Kenyan roots. 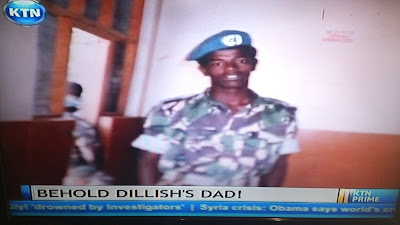 Going by the precedent set by the same media house, why wasn't a team from the investigative desk dispatched to Namibia, to talk to the mother of Dillish Mathew, and Dillish herself, after establishing contact with the Kenyan man claiming to be the father of Dillish?

The interviews in Kenya and Namibia would then be recorded, including the initial online chat between the Kenyan man and the mother of Dillish, where she puts the man's assertion to the test. 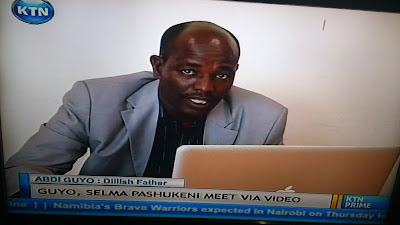 Then the journalists would find a way of exclusively covering the upcoming birthday of Dillish, and the resultant reunion with her hitherto unknown father. Imagine the drama from Dillish's denial of her 'Kenyan father' until her mother intervenes and intercedes to finally bring the two together, as the cameras role. 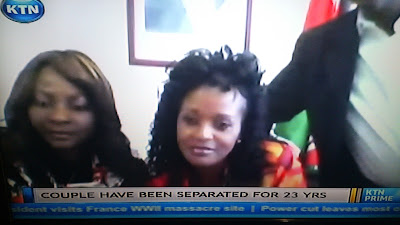 Then the investigative desk weaves the tale, tying up all the loose ends and ensuring their is a coherent flow and maximum suspense build-up, with all the trappings of TV exposes, like an arresting sound track.

And then creatives will be tasked with crafting an effective promotion across various media platforms, as a teaser, aiming to generate a deafening buzz about an upcoming family saga like no other, featuring the winner of 300,000 dollars, at this year's Big Brother Africa, and the surprise Kenyan twist. 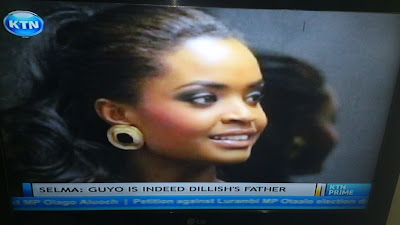 Then on the chosen transmission date, the story is broadcast either in one piece or in instalments, within the usual newscast, or as a stand alone program.

But, my dreams aside, what did the TV station decide to do? Step one: 'exclusively' air the story of a man claiming to be the father of Dillish, and capture the denials from Dillish on social media. 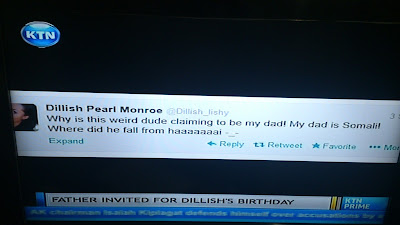 Step two: hurriedly arrange for an Internet video chat between the supposed father of Dillish in Nairobi, and the mother of Dillish in the Namibian capital, and also broadcast this. Less than 5 days and the deed is done and dusted!

While its efforts are commendable, the allure of a short-lived glory, derived from breaking the story, denied the media house a wonderful opportunity to potentially present an investigative masterpiece, (with a happy ending). 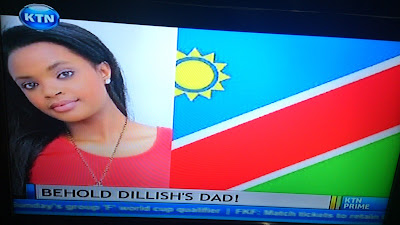 That is why I strongly feel there was an ill-advised dash to dish out a delicious Dillish expose!