Kenyan media, undoubtedly, went above the call of duty, to relay information (some misinformation too), regarding developments around the deadly Westgate Mall siege. But the coverage did expose serious gaps in both sensible and sensitive reporting. Hence the need for an urgent media audit, in tandem with probing the country's intelligence and security apparatus. 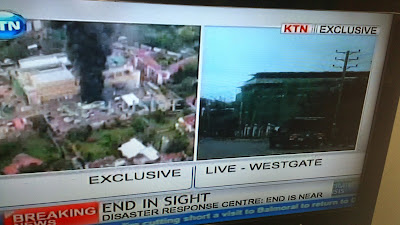 For starters, some media houses elected to do phoners with some of those trapped or hiding, after the gunmen struck. The outrage directed at the news anchors (see below) is evidence of this journalism faux pas.

It is now only human and professional, to also call the same people to establish if they made it out successfully.

If so, then they should be recipients of an apology from the reckless media houses, who put their lives at grave risk, while pursuing 'their' story.

If, unfortunately, the people called died during the siege, then the media houses should take responsibility for compromising the safety of those they called, in spite of the unfolding hostage situation.

A boot camp should also be organised for local journalists, to instill in them the necessary skills of effectively covering war, conflict or serious crimes, to be infused with a heavy dosage of attendant media ethics and security concerns. 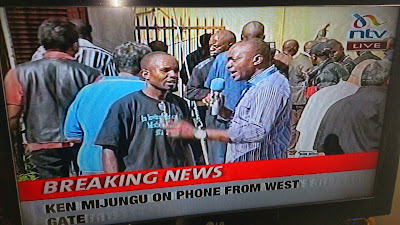 The English language skills exhibited during live reporting, have also been measured and found to be wanting. It might not be one's first language, but that's no licence to kill its grammar and semantics.

And this, in my opinion, is exacerbated by the 'needless' need to have reporters on location and anchors in studio continue talking, long after they have made their points, and recycled them in numerous repetitions. 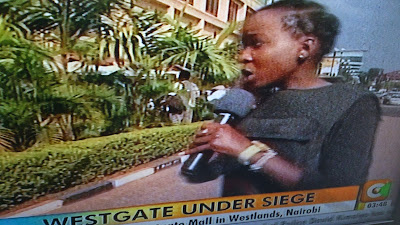 The good thing to note is that the audience is ever vigilante and alive to the erring ways of the media. This remarkably forced the CEO of the largest media house in the region to issue a public apology, after a horrendous and distressful choice of their newspaper's front page picture.

As depicted below, nowhere was the criticism more scathing than in social media circles.

And Abdi Osman tried his bad Kiswahili and distorted everything he was trying to convey. Asha Mwilu made me switch off the telly so was Mwakazi with his we are not telling you while he was telling us very important useless repetitions. All in all the entire media fraternity behaved badly. Good review Big Up - Peri