It seems there'll always be a truthful truth and a not so truthful truth, as far as the Kenyan media is concerned. To those in the industry, this 'misnomer' can easily be explained by the underlying slant, when it comes to press coverage. But is this being fair to the trusting and even spending intended readers? 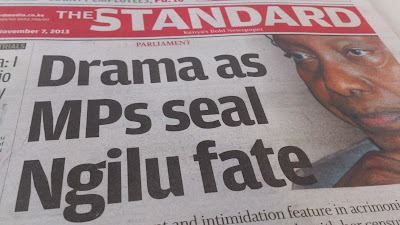 If for example, somebody purchases a newspaper with the above headline, there is a very high likelihood of them expecting what is stated in the splash to be a truthful representation of 'sacred' facts. But what if they first take a glance at another newspaper's headline and spot something else like: 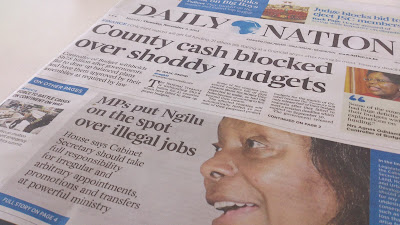 The same story is given prominence, but in not so certain terms, as the earlier one. I can bet at this time, some doubt would have begun to form in the mind of the newspaper buyer. Improbable as it may sound, at this point, the 'truth' is clearly beginning to assume another form.

Perhaps to get a clearer picture, the newspaper purchaser decides to have a third opinion. And a look at yet another paper's coverage of the same story, incredibly appears to stretch the 'truth' in another direction. 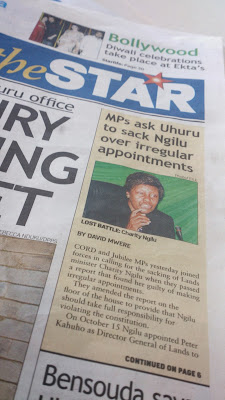 Let's narrow down the different facets of this 'true' story:

Tough choice indeed for the readers. Just which paper should be trusted as a bearer of  the most 'truthful' interpretation?

Well, perhaps that is for the readers to figure out, from the presented facts. And in any case, this multiplicity of views is not necessarily harmful, is it?.

But one thing is for sure, 'truth' can be damn confusing. And that is the truth.