A NEWSROOM VERSION OF KENYA'S HISTORY

The TV depiction of how Kenya's political landscape evolved through different reins of its presidents, is outstanding. Getting first hand accounts from a multiplicity of direct participants in the historical process, also borders on the genius. But is the end product a mere newsroom version of Kenya's history? 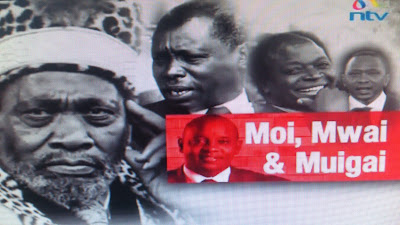 No doubt a lot of effort was put in producing Moi, Mwai and Muigai. And the mostly appreciative feedback, especially from the social media, is perhaps indicative of the documentary having resonated well with the audience.

However, I think it's still valid to question whether the series can pass the test of factual representation of Kenya's history. Extensive research through archival material, still runs the risk of repeating any hitherto uncorrected elements.

Yes. A number of sources were used. But No. Their views were not subjected to a robust interrogation mechanism, to ascertain their authenticity, (behind the scenes cross-checking does not count here).

For example, how can the veracity of the accounts about meetings at State House with former president Moi, be established? Should we take it as gospel truth that indeed Moi was being 'lied' to by some sycophants that as he spoke, a halo-like lighting effect seemed to surround him?

And should the description of how Kenya's current Deputy President started off in politics, (an errand boy?), be taken with a pinch of salt? 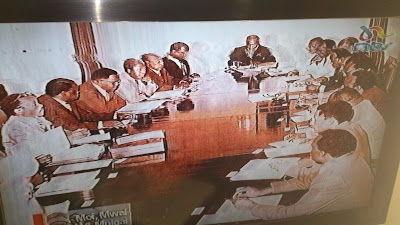 What about the circumstances surrounding the death and succession battles of Kenya's first president, Mzee Jomo Kenyatta?

The intrigues have been regurgitated ad nauseam. So what 'aha' moment was realized, from watching the 'informative' series? (especially to those over 30 years).

A valuable missing ingredient, in my humble opinion, was some intellectual interpretation from a historical mind, to either corroborate, correlate or conjugate the anecdotal accounts of the numerous talking heads. 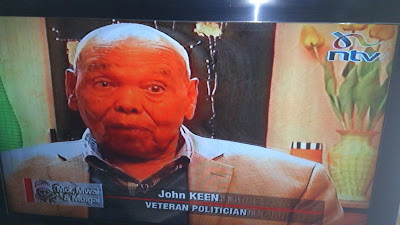 In other words, the narrator's voice could have been interspersed with expert views, from those well-versed with Kenya's historical development, to infuse some well grounded analysis, in an otherwise brilliant piece of journalism.

And then, there would have been no distinction between that 'newsroom version of Kenya's history' and the probable verifiable version.