It might be a case of unnecessarily splitting hairs. But the homogeneity in sourcing, packaging and delivery of news in Kenyan TV stations has entered a new phase. News presenters across various channels are now either sharing the same clothes, or are using the same stylist or stockist. 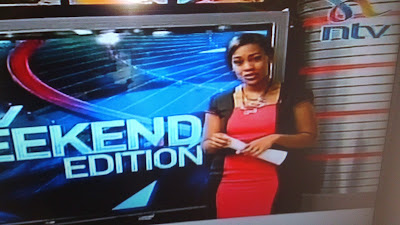 The same way the copy-cat syndrome is rampant, especially in the electronic media terrain, where one idea is quickly 'duplicated' across news stations, is perhaps what is happening to this particular outfit.

Indeed it is not unheard of, for a particular news story aired by one channel, to somehow be 'reincarnated' in another, (without even crediting the original source of the idea).

But in this case, the question of which news presenter was the first to don the outfit, and who then pinched the 'fashion statement' is unclear. 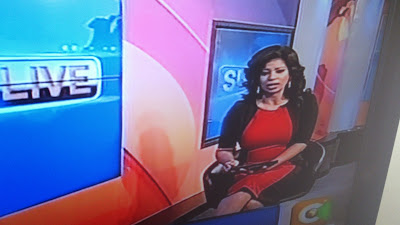 Incredibly, the 'popular' apparel design appeared on screen simultaneously in two channels, because two news presenters had it on the same day and time!

And so, it not improbable for two media outlets to at times be working on the same idea and labelling it as 'exclusive. A bemused audience will be forgiven for wondering whether the real meaning of 'exclusivity' is being appreciated and applied by the competing stations. 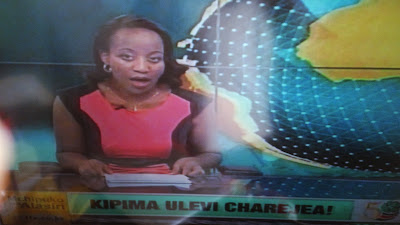 Back to the dressing style though, it later on re-emerged in yet another TV station. This, an indicator perhaps, of one, how the culture of recycling has taken root in the Kenyan media space, and two, how nobody at times seems to be monitoring what the competitor has already put out.

And that's how one similar dress can end up with three news presenters in three different TV stations!

Is KENYA UNIFORM making a comeback to the Fashion industry? Ni Swali Tu!

Linda Oguttu was the first to wear this outfit it showed her curves really well, i guess the rest of the presenters wanted to do the same

Linda is beautiful. Now if other female presenters think and hear favorable comments about Linda's or another woman's outfit, they will go for the same outfit hoping to have similar effect on the(male)audience.

If you look closely you'll see that it's a very different dress, the only similarity there is in on the basis of color.

The sleeves, the neckline, and overall design - very different

Wow....I agree with Njoki wa Maitha...colour can be deceiving, same colour, different design. That still shows that we haven't gone back to Kenya Uniform