REVEALED: WHY DEATHS FROM LETHAL BREWS SHOULD NOT STRIKE AGAIN

It's been a tragic period in Kenya. The local media has been awash with stories of death and anguish, attributed to the consumption of lethal brews. The press has also tried to give some analysis. But it being a familiar calamity, the media should go further in demanding corrective and even punitive action against the culprits and culpable state officials. 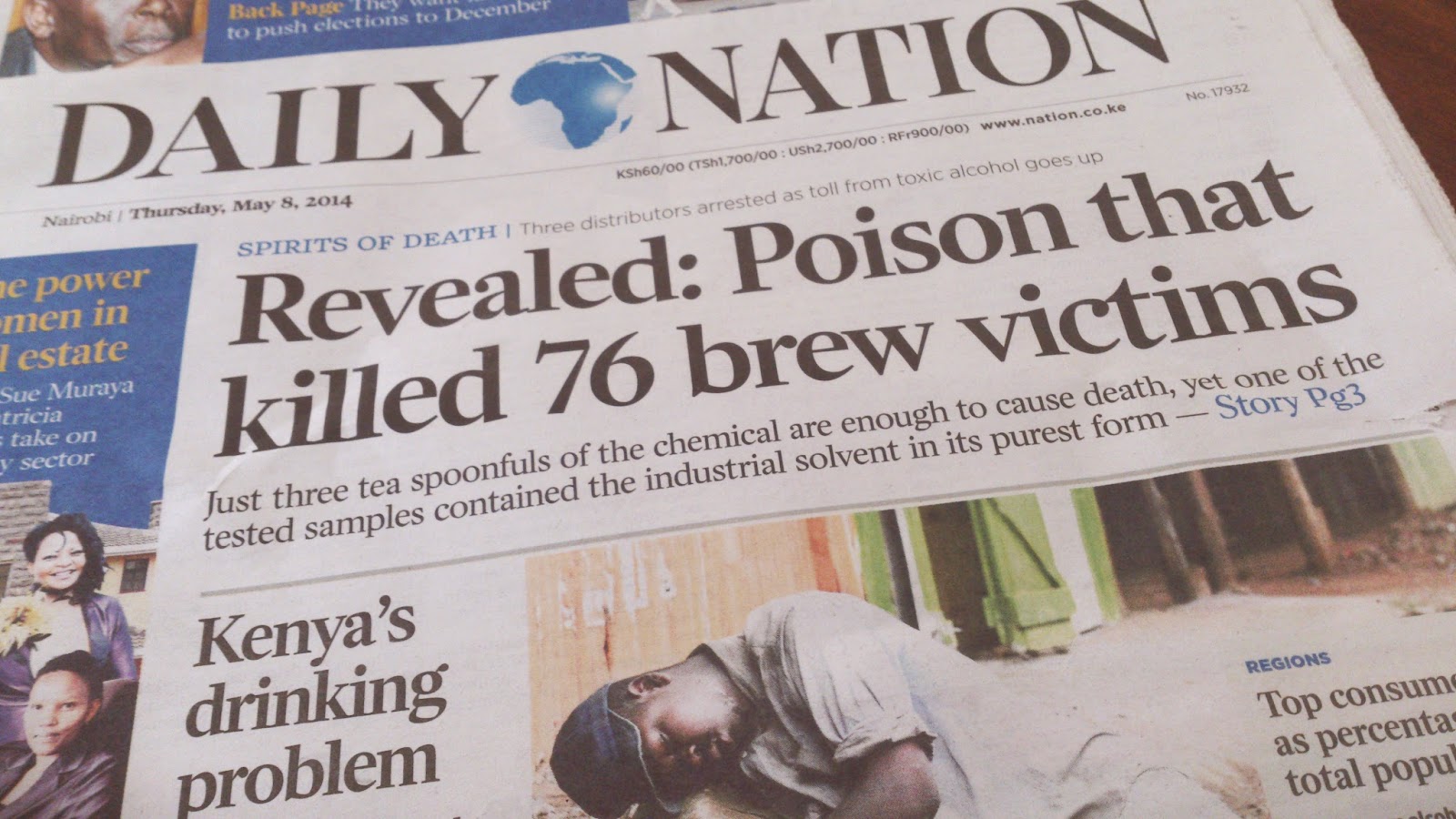 Unlike what is stated in the newspaper headline above, I think there's really nothing major to reveal about the, '...poison that killed 76 brew victims.'

Indeed, from the nature of the deaths and particularly the fact that many survivors had reportedly lost their sight, an almost obvious clue is evident from the very beginning. It has happened more than one time before, remember, and so there was hardly anything new to report about the cause of the deaths. 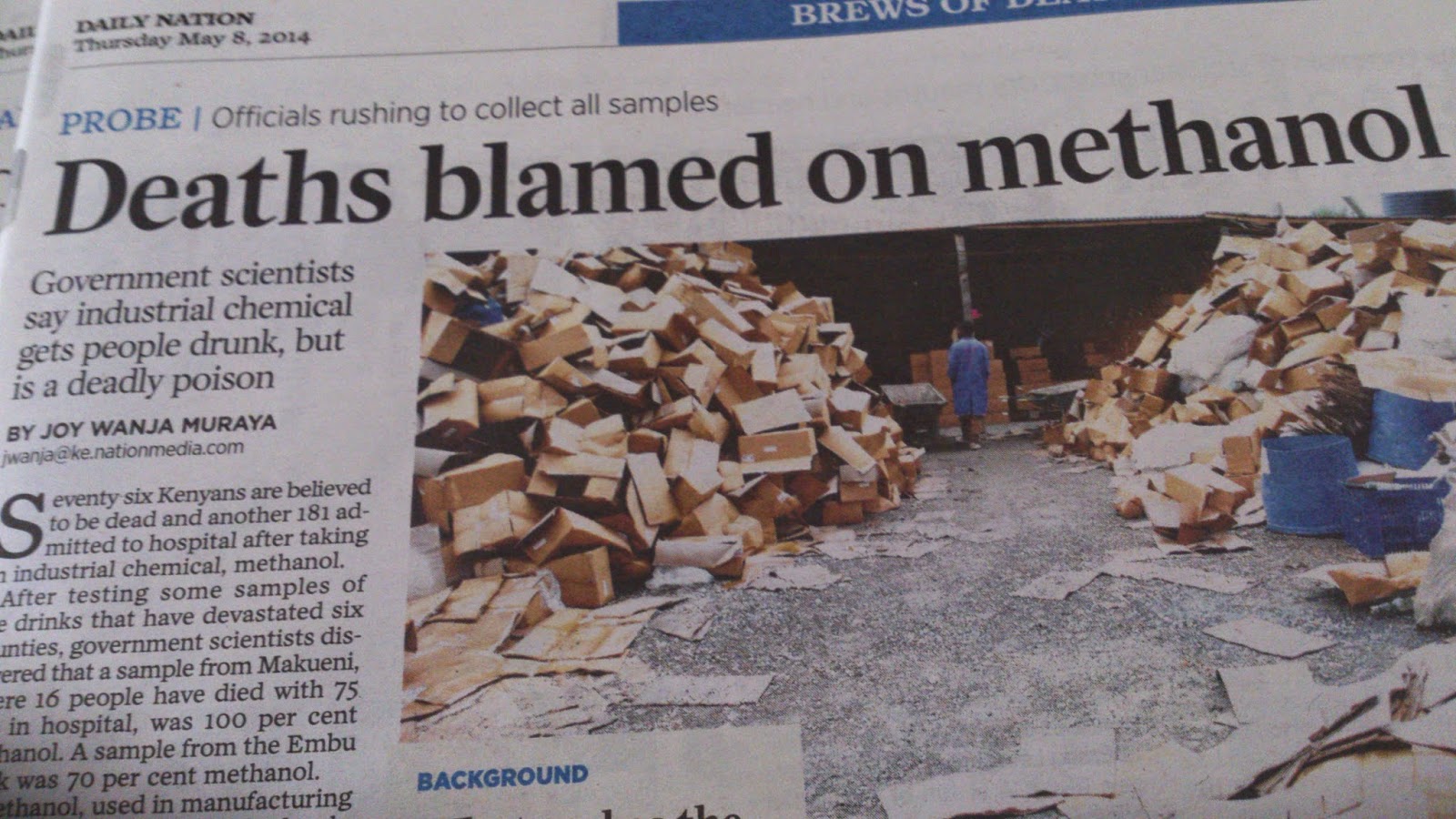 At times I think such stories reflect some symptoms of lazy journalism. Lazy because it's like the journalists have just chanced upon an event, and have the not so difficult task of working backwards, in piecing the details together and infusing comments, quotes or expert opinion.

We need a more forward looking approach. That's our best shot in preventing a re-occurrence of these killer brews tragedies. And follow-up stories need not wait for calamity to strike again.


The Sisters of Death expose was a real eye opener, but sadly, it apparently then was reduced to a mere TV news edutainment, after the initial shock wore off.

However difficult, relentless attempts should have been made to rope in concerned government officials, at that time, instead of asking why action has never been taken, two years later.

Prior to the illicit liquor deaths news, a broadcast news station aired a story of some men spending all the money earned from doing menial jobs, in dingy drinking dens. No effort was made to try and establish the nature of the drinks being consumed. 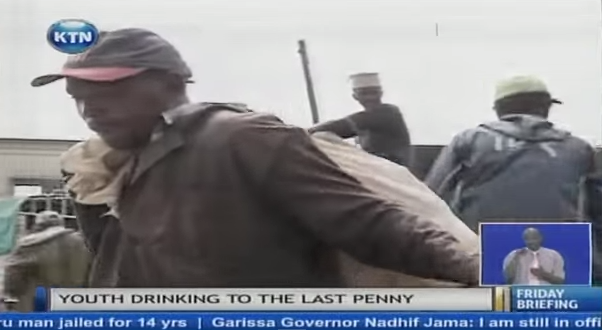 In other words, the media needs to do more than just mere reportage, (and saying death seems to be the least of their concern).

We pontificate about the underlying issues that drive people to partake of unlicensed brews, as if we truly can feel their subverted inspiration or desperation.

But a greater service to the country will emanate from a sustained effort to prevent a repeat of such tragedies, by ensuring the lessons that need to be learnt, need not be relearnt again.

UPDATE
The Kenyan government has now interdicted 52 officials. The minister concerned has also announced a raft of measures, which hopefully, will prevent a repeat scenario of illicit liquor claiming the lives of Kenyans. 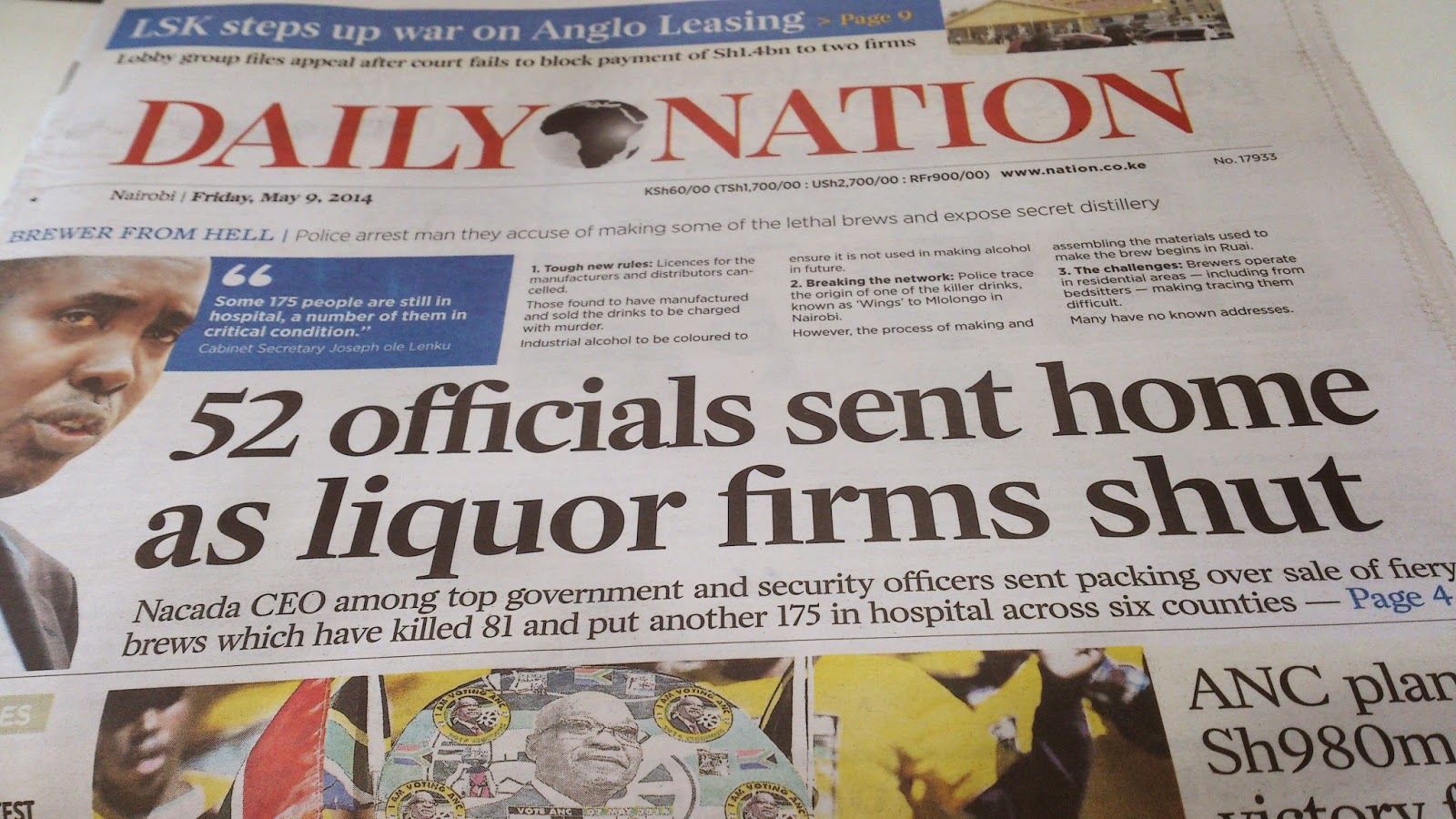 Not surprisingly, Kenyan media outlets have started to headline this development. The fact that it has taken 4 days for the state to issue an official response, over 80 deaths later notwithstanding, seems not to have appeared odd for the local press.

This is very true. I am sure media houses hire quite a number of reporters. years ago when I thought I wanted to be a reporter, I was an intern once and all I did was report about breakfast lunches. This helped me form stories but I am sure I could have used this time to shadow the more experienced reporters in building better stories - collecting and analyzing data etc. I know that politics sells, and there are millions of ways to spin anything to politics. So maybe the media house policies, editors and reporters in general can review their work style to deliver better information to a nation that is thirsting for knowledge.