Is it possible for the media to invent facts and project them as actual reality? Very much so, it seems, when it comes to the press in Kenya. It is becoming increasingly difficult for consumers of media content to separate the truth from half-truths and non-truths, partly due to the ignorance of journalists. The mix-up over the marking of the Day of the African Child, in one local daily, aptly illustrates this. 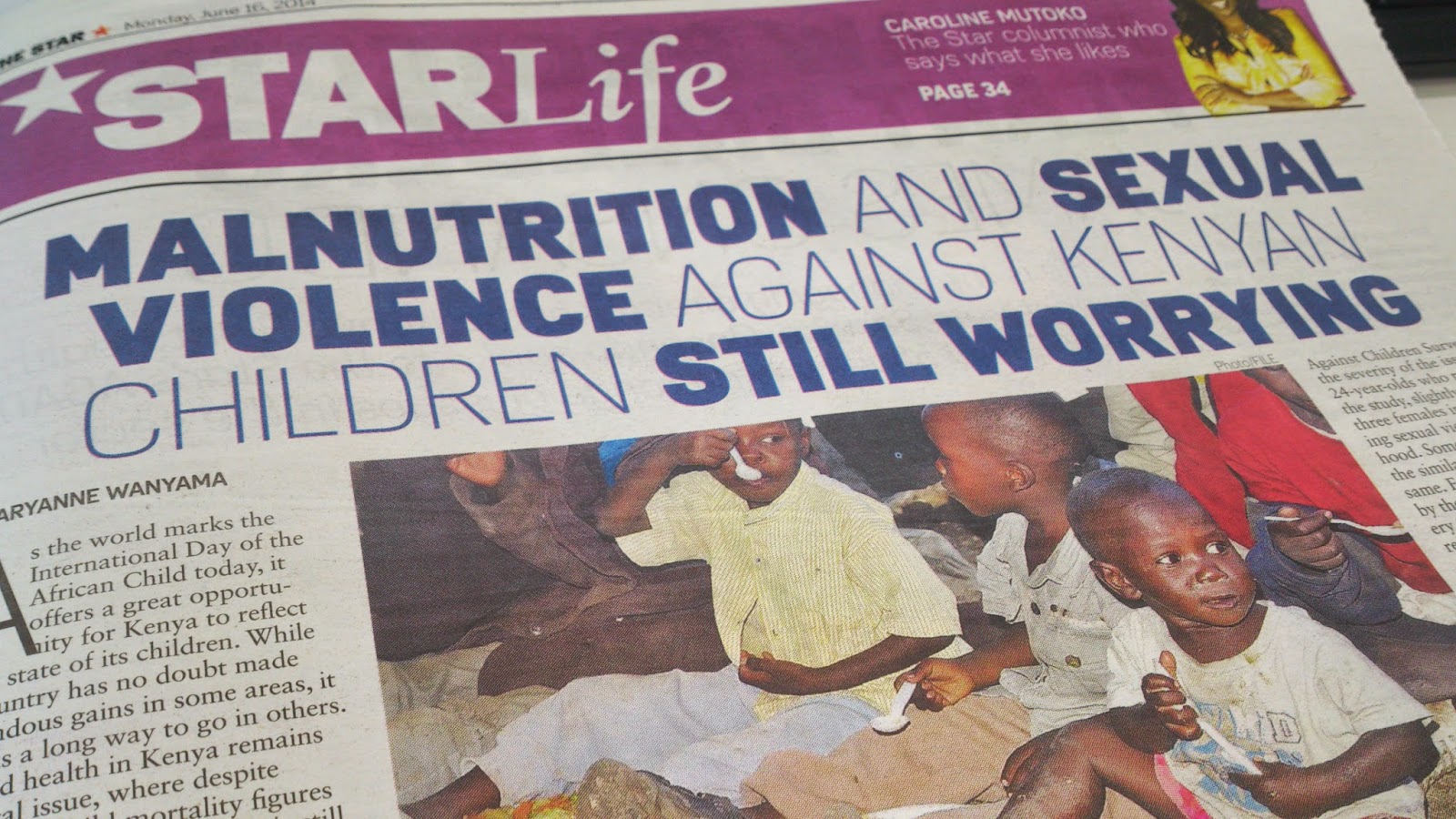 According to the writer and/or editor of the above article, the 'world marks the International Day of the African Child.'

This, on the face of it would be such a worthy cause to generate maximum awareness around. But unfortunately, the 'International Day of the African Child' simply does not exist. 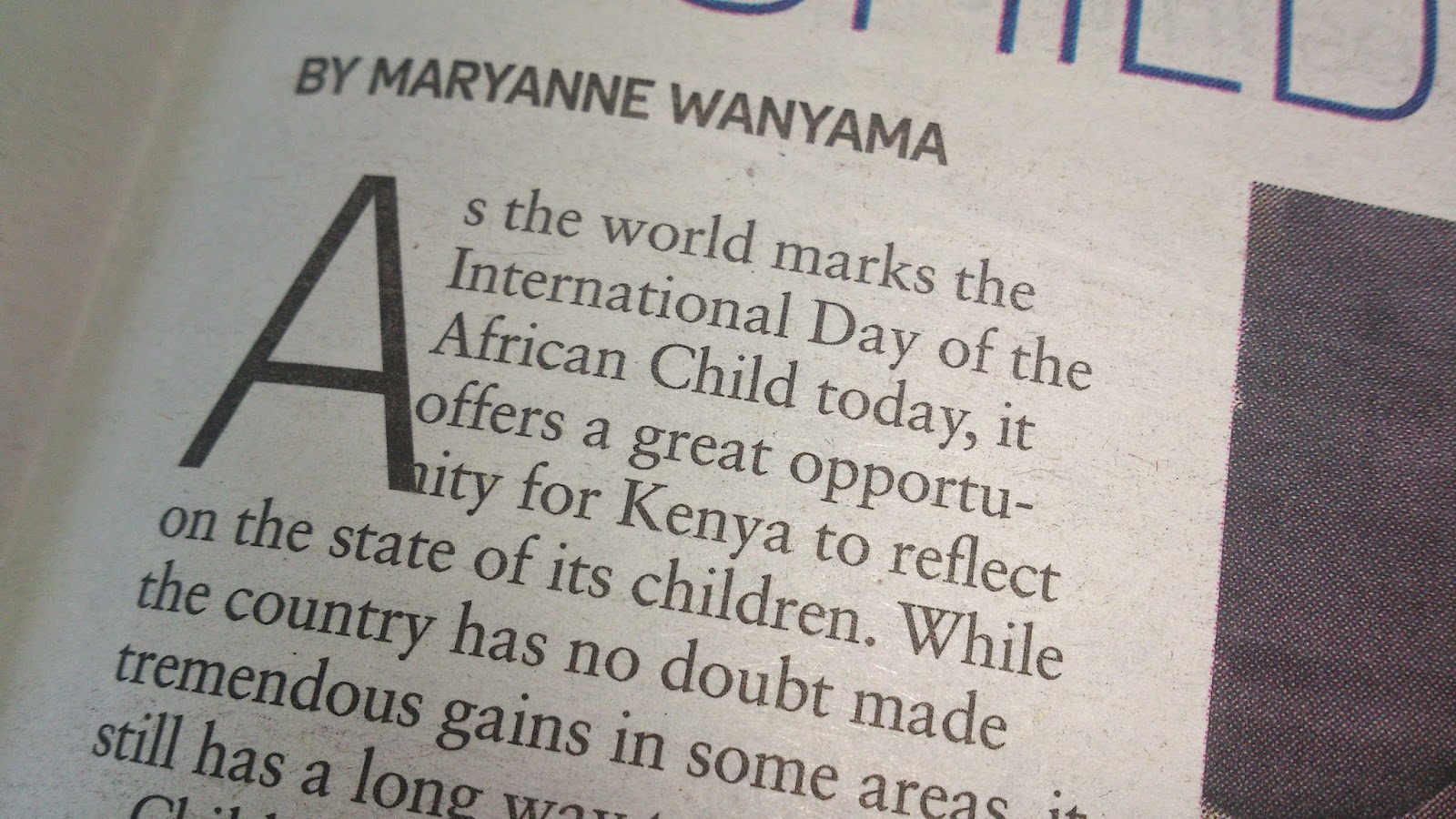 June 16th was the date set aside in 1991, by the OAU/African Union, to mark the Day of the African Child, in commemoration of deadly protest by schoolchildren in Soweto, South Africa, in 1976.

It should thus not have been merged or confused with the 'International Children's Day, usually marked on June 1st in many countries, or even the 'Universal Children's Day', which falls on 20th November.

It seems like this particular paper fell into the trap of trumpeting the agenda of International Day of African Childhood, IDAY, a network of civil society organisations, riding on the 'Day of the African Child' theme, to probably boost its visibility.

Such editorial missteps greatly water down the credibility of news organisations, more so because relevant and verifiable information often reside a click or two away, in the Internet, (which unfortunately is also a great source of misinformation).

In the wake of the heinous attacks in Kenya's Lamu county, local and even the international media exhibited similar behaviour of mixing real facts with 'official facts' and 'invented facts' in their coverage of the senseless killings. 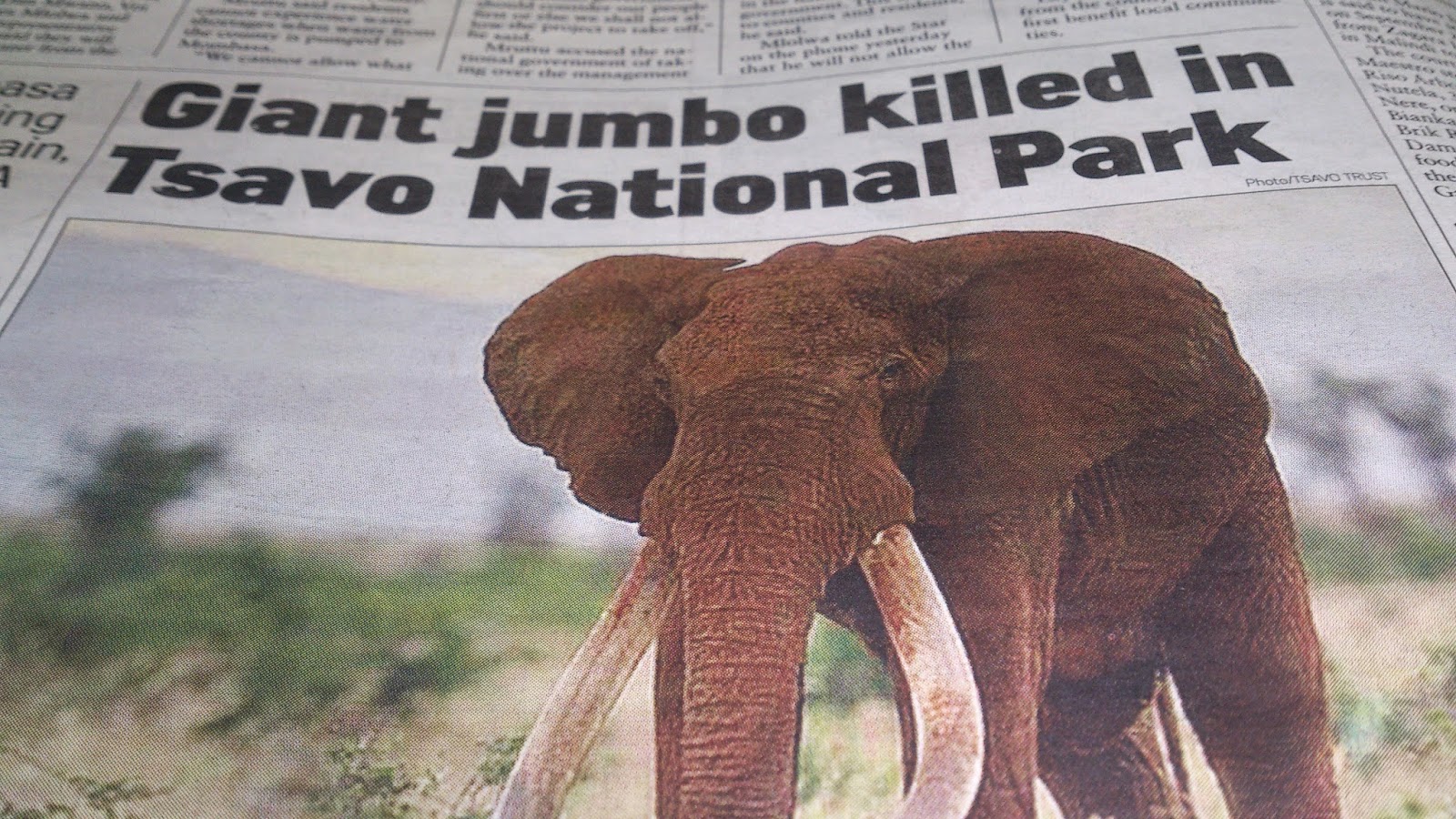 On a different scope, the noble goal of packaging news in the present tense, to suggest freshness of the information, should not lead newspaper editors into the terrain of absurdity.

So yes. To say, 'The giant male elephant named Satao has been killed', denotes this beastly act (pardon the pun), happened not so long ago. But if the information is being published on June 16th, and the next paragraph states: 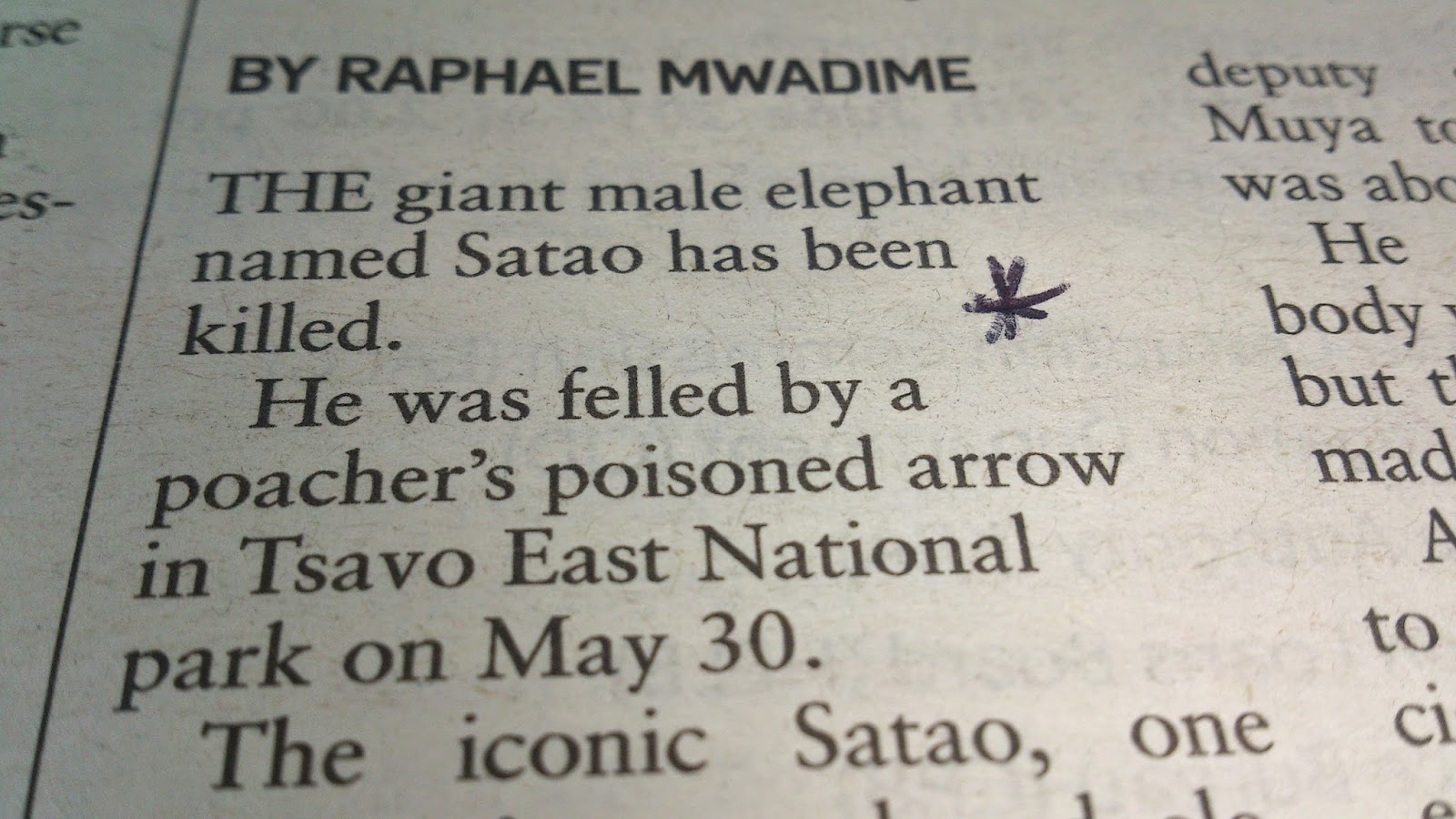 'He was felled by a poacher's poisoned arrow in Tsavo East National Park on May 30'.

And as for the eyesore below, you are on your own. 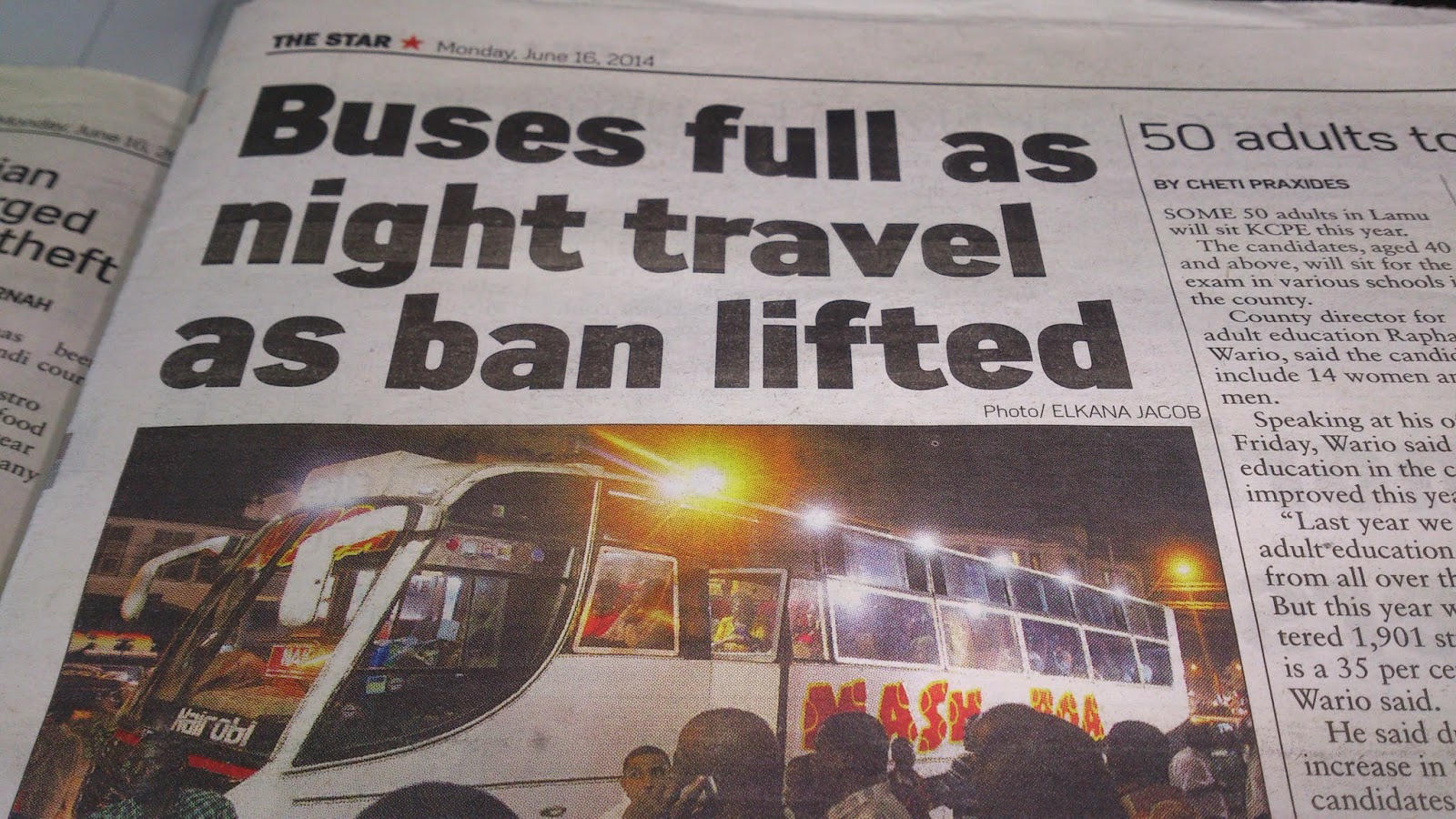 Only you can explain this mouthful of a non-erudite headline.

And this particularly 'smart' paper appears to be on a roll, when it comes to churning out howlers. 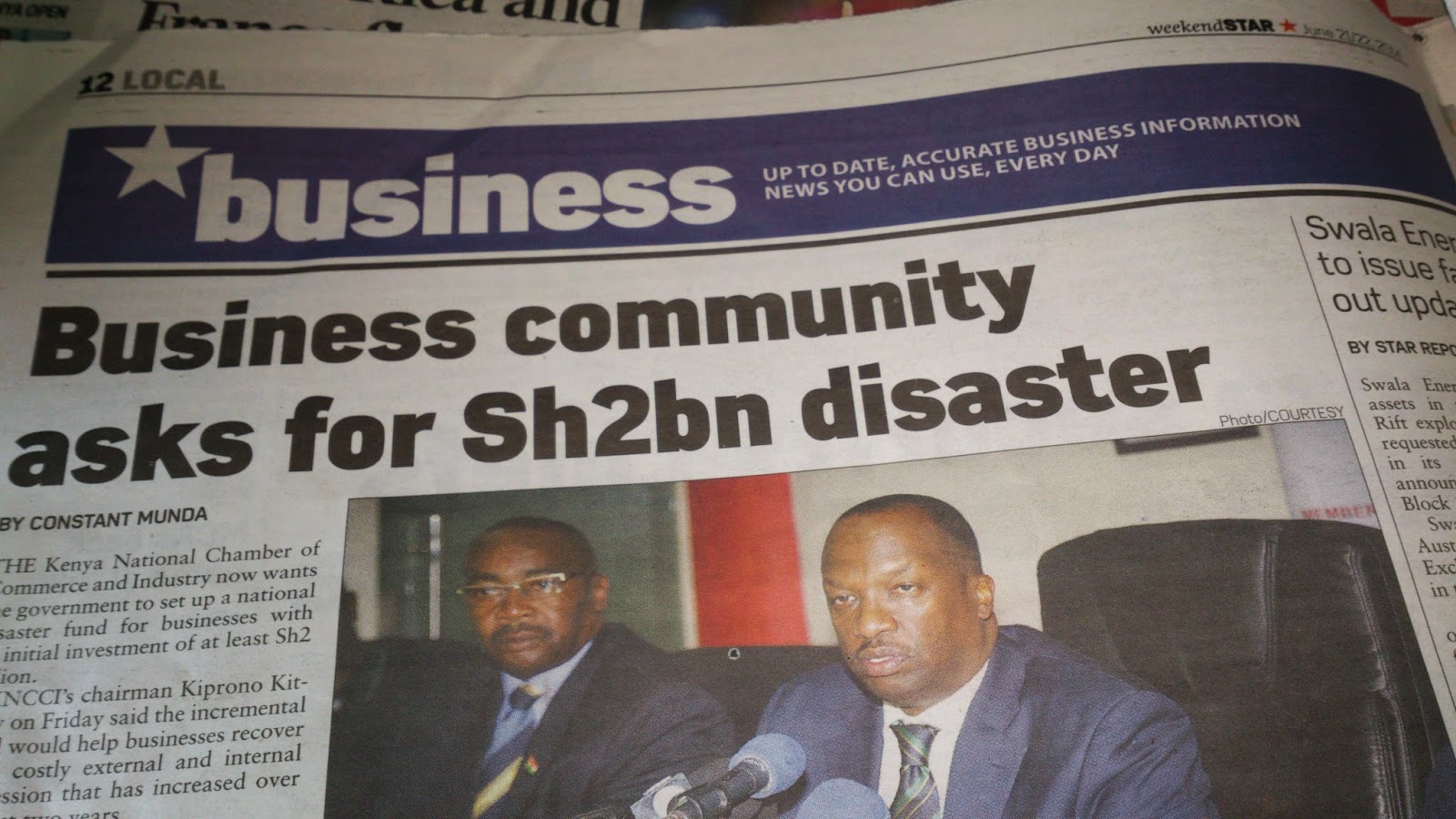 Now this is one expensive editorial disaster!