WHEN MEDIA PREYS ON BELIEVERS' PRAYERS

A Kenyan media house has once again captured the struggles of administering mandatory vaccinations, to people, who don't believe in modern medical practises. To some, this highlights the retrogressive nature of some religious faiths. While to others, the 'dramatic' news provided comic relief. But does this amount to the media preying on the prayers of such believers? 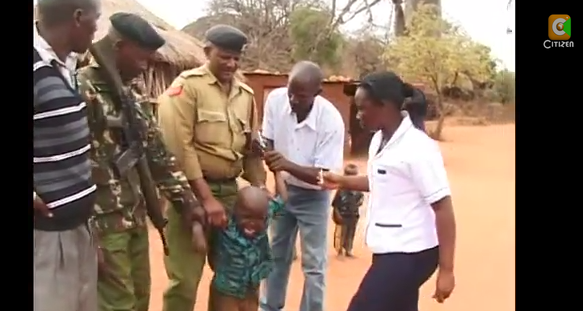 First of all, the fact that this Kavonokya story involves children, calls for special considerations. They after all, have a right to absolute privacy. So, was consent granted by parents or guardians of those children, before the TV news crew started rolling away?

Secondly, as argued by my friend Rukwaro, is it fair for the media to capitalize on the plight of the terrified children just to get a news story? 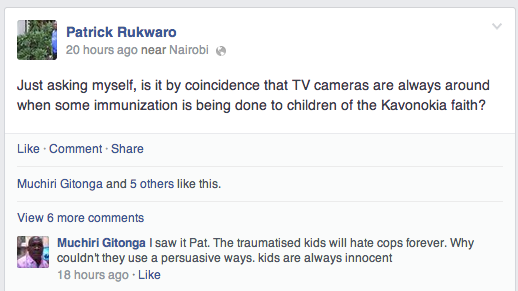 But thirdly, isn't it justified to let the general public know the state will enforce its immunization targets, regardless of a people's religious faith?

Or fourthly, is sensitising the public about the need to have all children vaccinated against polio, in conflict with an 'insensitive' media, trying to raise awareness about the importance of such a noble government goal?

Fifthly, there's hardly any chance of reaching a consensus on all these issues. And the sample of reactions from the social media below, reflects this state of affairs.