FROM JET SETTING TO AGENDA SETTING: HOW TO NEUTER KENYAN MEDIA

Agenda setting is an often forgotten role of the media in Kenya. The bigger emphasis is mostly on entertaining news, at times cleverly disguised as being educative or informative. The watchdog role shines through once in a while, but has not been proved to be immune from external or even internal interference. Local journalist thus delight in having a news agenda pre-set for them.

This probably explains the spectacle that was witnessed, during the coverage of the return of Kenya's former Prime minister, after his sojourn in America.

The local press was awash with details of the 'highly anticipated' return, prior to and after the event. 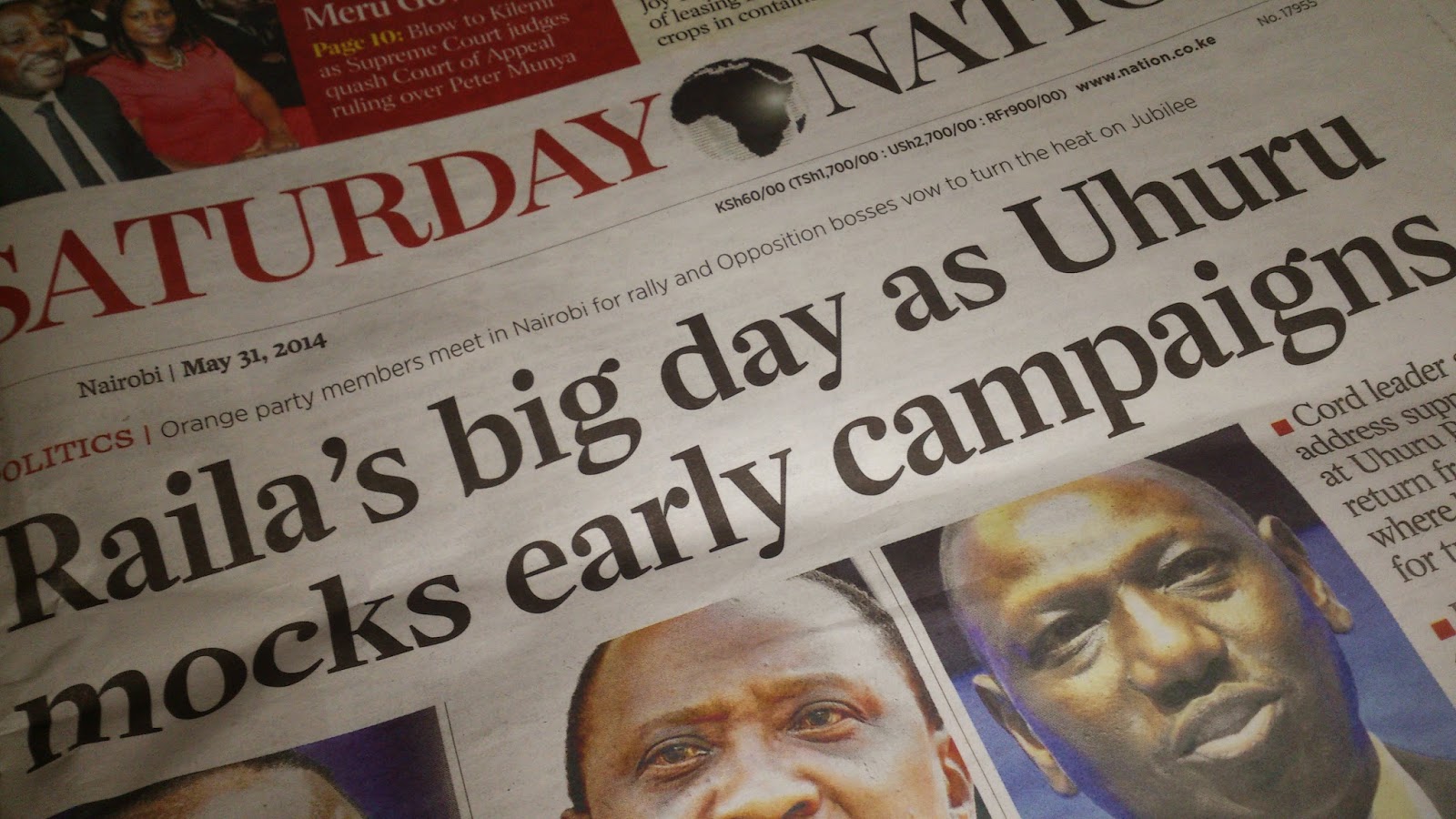 And right on cue, what the former premier spoke about has continued to dominate the local news agenda, days later.

Is there not the slightest of chance that the local media, in it's seldomly donned agenda setting garb, could have picked up on the need for national dialogue, or must this only have originated from the political sphere? 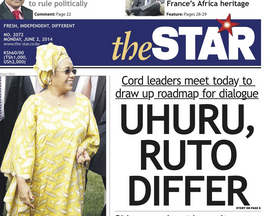 If indeed there is need for such dialogue across the political divide, it's Kenyans who will continue to suffer from the political posturing that has since ensued, which represents another missed opportunity for the press to drive the national agenda.

But the real tragedy for local journalists, is being caught up in the whole hero-worshipping of politicians malaise. 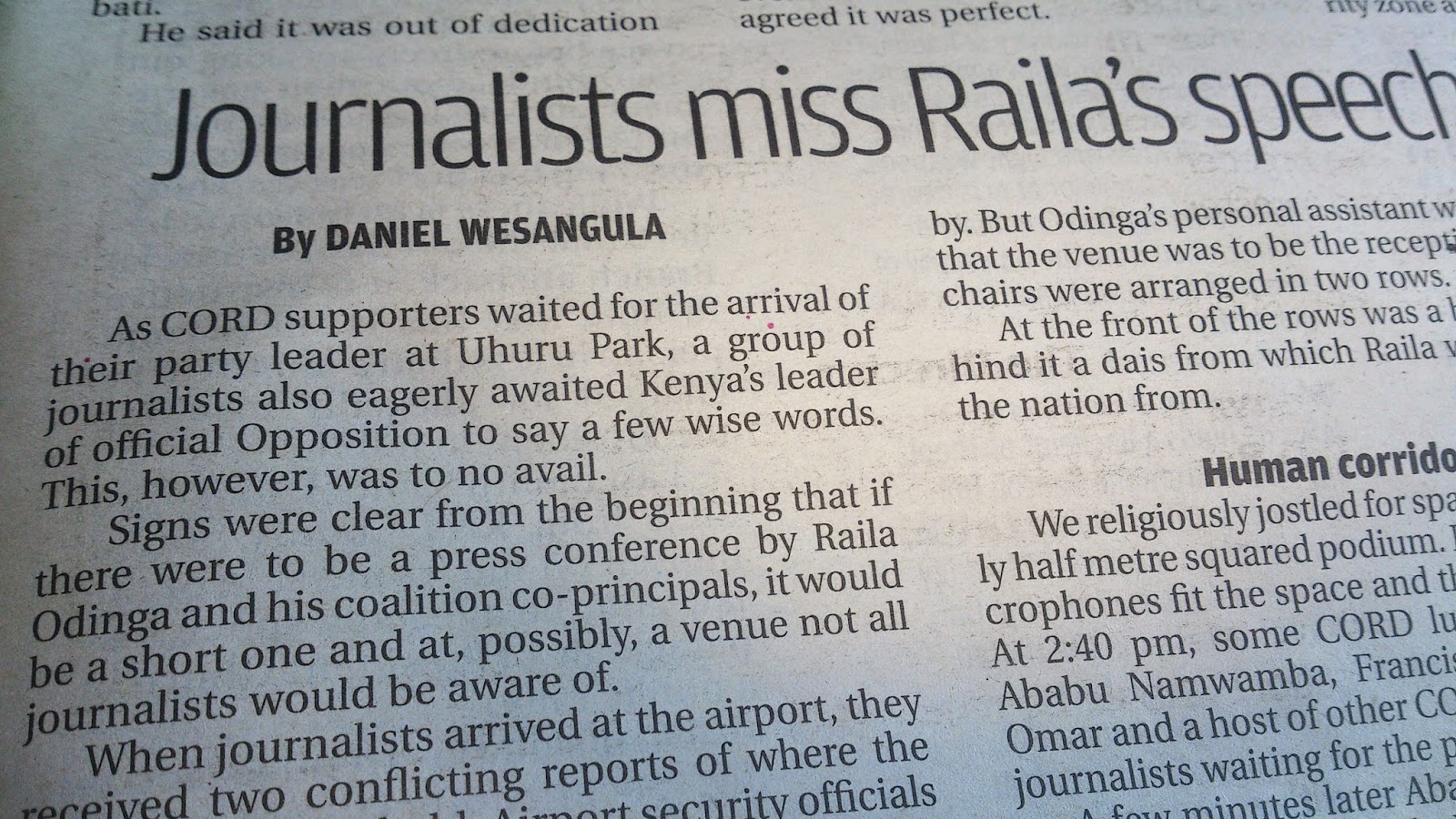 The first paragraph in the article above states that:


Eagerly...Wise words! Has there been an empirical study that solidly established that this politician always speaks wise words, before a newspaper editor hazards such a 'highly educated' guess?

Wisen up scribes. Don't ascribe what's not. Just describe what is.