MAN UNITED IN THE WORLD CUP AND MORE MEDIA MADNESS

The World Cup is upon us. This top global sporting spectacle has a lot of history and rivalry behind it. And the 2014 edition in Brazil will dominate newspaper pages and broadcasts across the planet. Sadly, there are already signs that the Kenyan media might lead their audience astray. 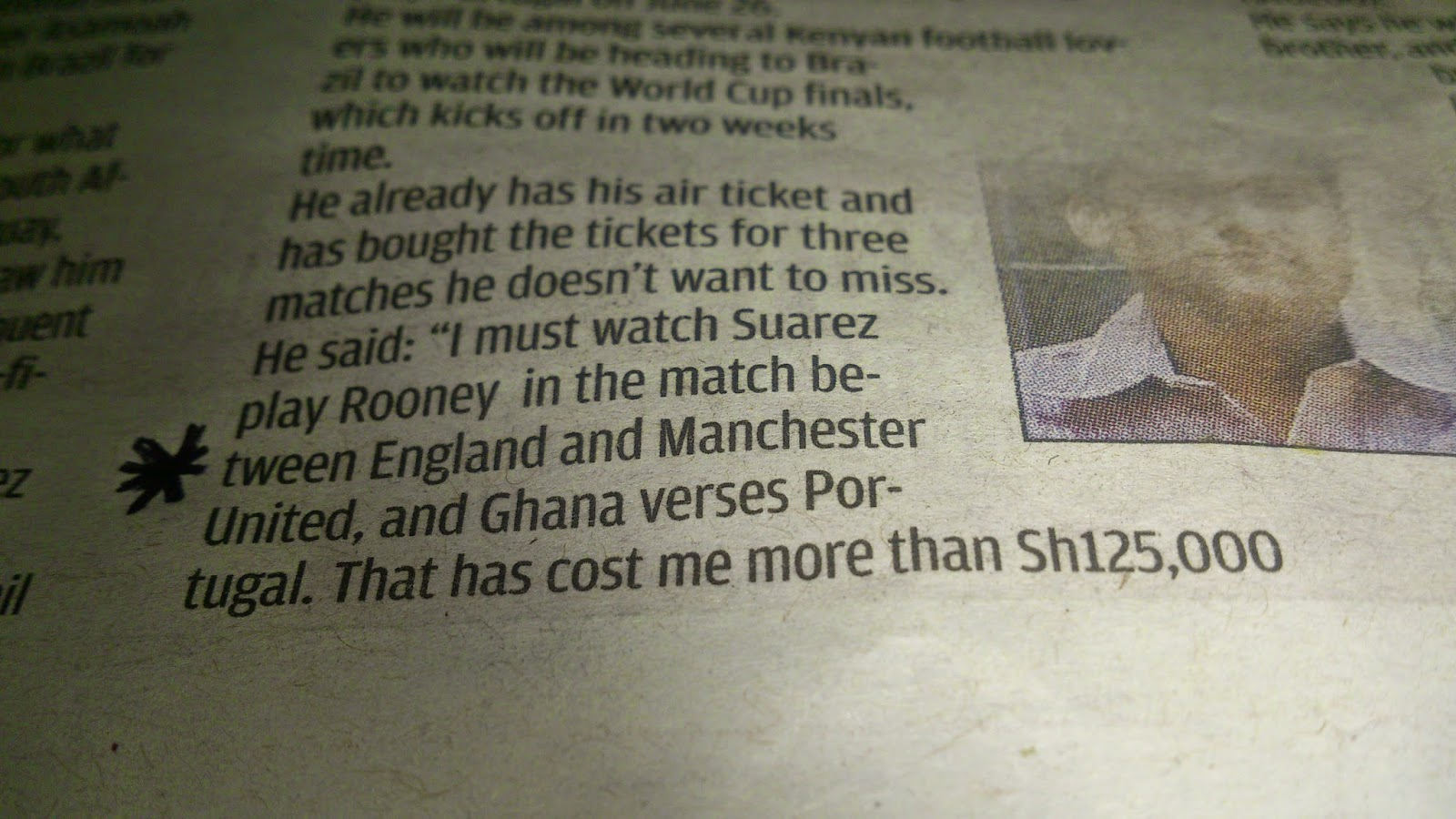 How can a script from a journalist be edited, sub-edited and revise edited, and the article published, with such errors? The fact that it's a direct quote is inconsequential (there's no 'sic' even). The embedded facts remain as repugnant to any lover of the beautiful game. The vile section above reads:

"I must watch Suarez play Rooney in the match between England and Manchester United, and Ghana verses Portugal..."


It's unbelievable how mismatched facts can be stitched together, to yield such irrelevancy.

If the local media propels ignorance about the World Cup to such dizzying heights, what terrible fate awaits the not so knowledgeable readers, blindly trusting the veracity of such a story?

And it does not end there. Broadcast coverage of the World Cup is already sinking in the sea of uninformed news.

Maybe we should blame it on the erosion of institutional memories in Kenyan media houses. The rate at which youthful personnel are being thrust into the TV limelight, definitely has its downside.

Having a few 'old' hands capable of individually recollecting significant events of the 1970s, might be a tall order. But the discerning viewer has a right to feel short-changed, if a TV presenter appears unaware of salient facts about a World Cup held in the mid-1980s.

Broadcast news production being a team effort, it means the news producer, director, editor, and the graphics guy on duty, are also clueless about when exactly Diego Maradona wowed the world, with his 'Hand of God' goal.

Imagine the agony of those who watched that memorable match in 1986, and were tuned into this particular broadcast..especially on hearing the presenter verbalise the mistake, repeatedly!

But to err is human, and the dwindling pool of perspicacious local journalist notwithstanding, we should all enjoy this massive experience that is the World Cup.

NB: The presenter in question did acknowledge his mistake at the end of the newscast, after it was pointed out by a keen viewer. (I'm not sure if it was a 'valid mistake' though!)