HAWKING IN THE NEWSROOM: FROM PUBLIC INTEREST TO CONFLICT OF INTEREST

It is expected that public interest should be the top most priority in Kenyan news organisations. But if there is a slight hint that other interests are being projected, be they commercial or personal, then the value of a media outlet diminishes in the eyes of the public. A News presenter hawking products amounts to conflict of interest, by promoting self-interests and abusing newsroom privileges. 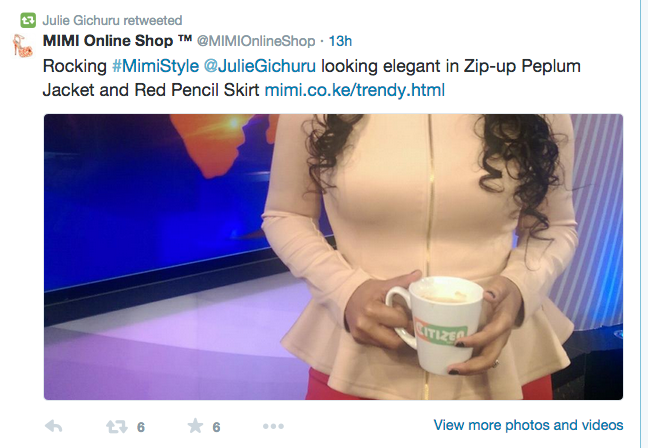 It's mildly tolerable to see a thinly veiled product endorsement during the delivery of TV news. But to covertly make a sales pitch, by channelling the attention of viewers to what a news presenter is wearing, and later using social media, to indicate where such an attire can be purchased, is broadcasting narrow interests.

Are we saying the news presenter should also be looked at the same way one checks out a mannequin, while shopping for clothes?

To be honest, I would personally have no problem if the news presenter showcases outfits by underprivileged people in society, for example, struggling hard to eke an honest living, because the provided visibility will go a long way in uplifting lives.

Granted, using your access to newsroom cameras, to advertise products from a company you have vast if not controlling interests in, is deviously ingenious.

But the devil in the finer details of what a news presenter is wearing, should not be the primed focus of the prime time viewer.