It's amazing how many Kenyan media outlets just never seem to permanently want to deal with quality issues. Revise editors, sub-editors, news editors and any other similarly titled newsroom 'officers' tasked with cleaning up print or broadcast stories, need to 'grammar up' their gate keeping. Failure to do so amounts to scoring editorial own goals against their media teamwork. 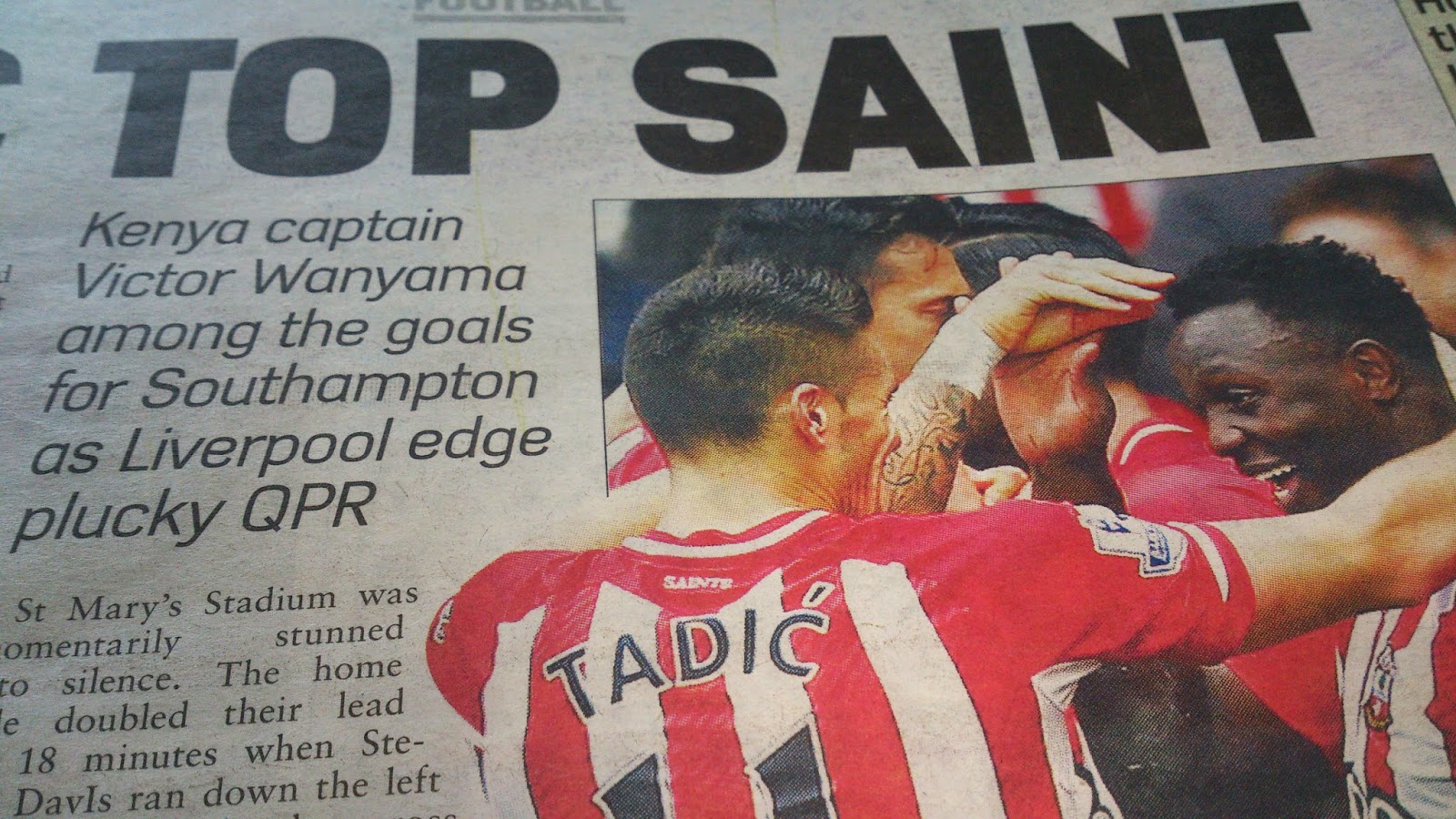 So, if the publisher of the above 'starring paper' is to be believed, when Southampton scored eight goals against Sunderland in the English Premier League, one of the goals was called 'Wanyama.'

In other words, the captain of the Kenyan football team was not among the goalscorers of Southampton, because in the land of the semantically challenged, he was instead one of the eight goals.

Such carelessness raises credibility doubts because, if a newspaper or TV station mistreats the manner of transmitting or displaying information to the audience, then who knows if factual elements are also ill-treated? 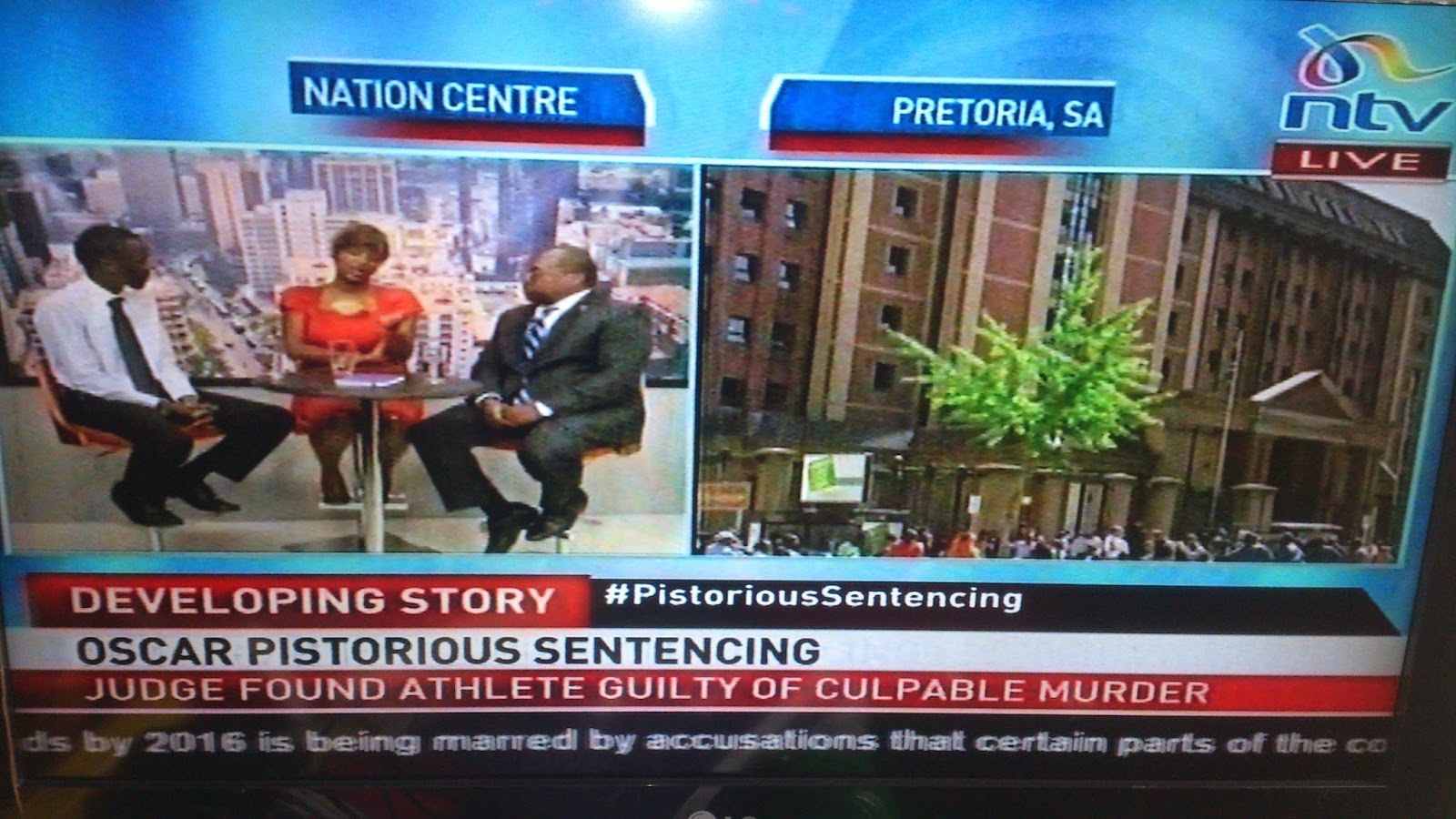 Take for example, this 'gallant' attempt by a Kenyan TV station, to give rare prominence to news events happening elsewhere in Africa. Apart from the Nairobi studio analysis, there was also a live signal from Pretoria.

However, there was one glaring eye-sore of a mistake, during this particular duration of the live coverage. The name of the main subject in the story was spelt wrongly. 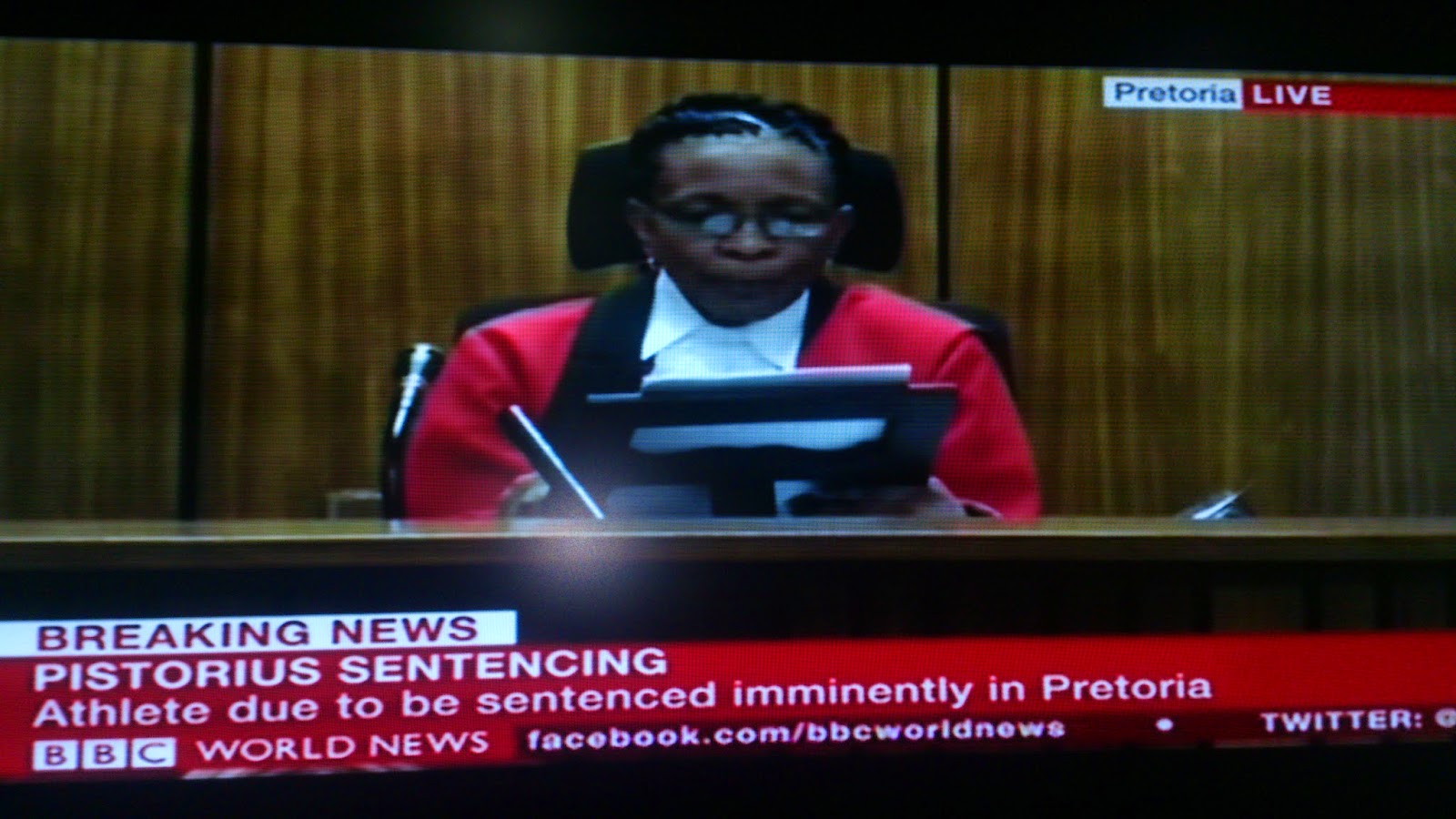 This court case had been attracting copious global media attention and yet a respectable local media house has the guts to get the spelling of 'Pistorius' wrong on air for so long!

But such shortcomings have become a frequent sighting in the local press. And, as captured by my colleague, some errors are too comical to be considered tragic. 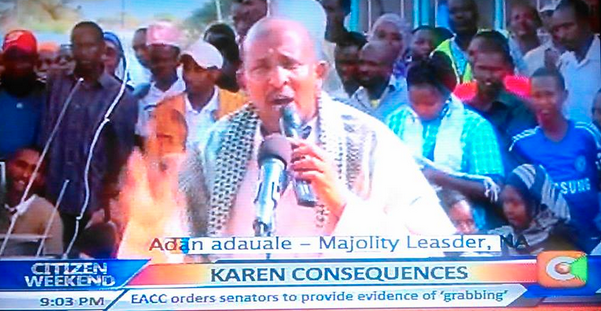 But whether it was a slip or the editor was asleep, it remains awfully sloppy

Since the coverage of Oscar "Pistorious" sentencing was live, grammar dictates that the news ticker reads:

Interesting observation. Permit me to point out that the judge had found Pistorius guilty of culpable murder, days before the final rendering of the sentence, which is the point of reference for this post. So the present continuous tense might suggest the 'guilty' verdict has just been passed.