The journalist kept pleading. But the security officers were adamant the law had been breached. The journalist explained there was no better way to tell the story. And the response was that a court of law would be the best judge of that. This did not happened. But it does describe a possible hazard for a scribe with a borrowed firearm, who is tempting the devil in daredevil reporting. 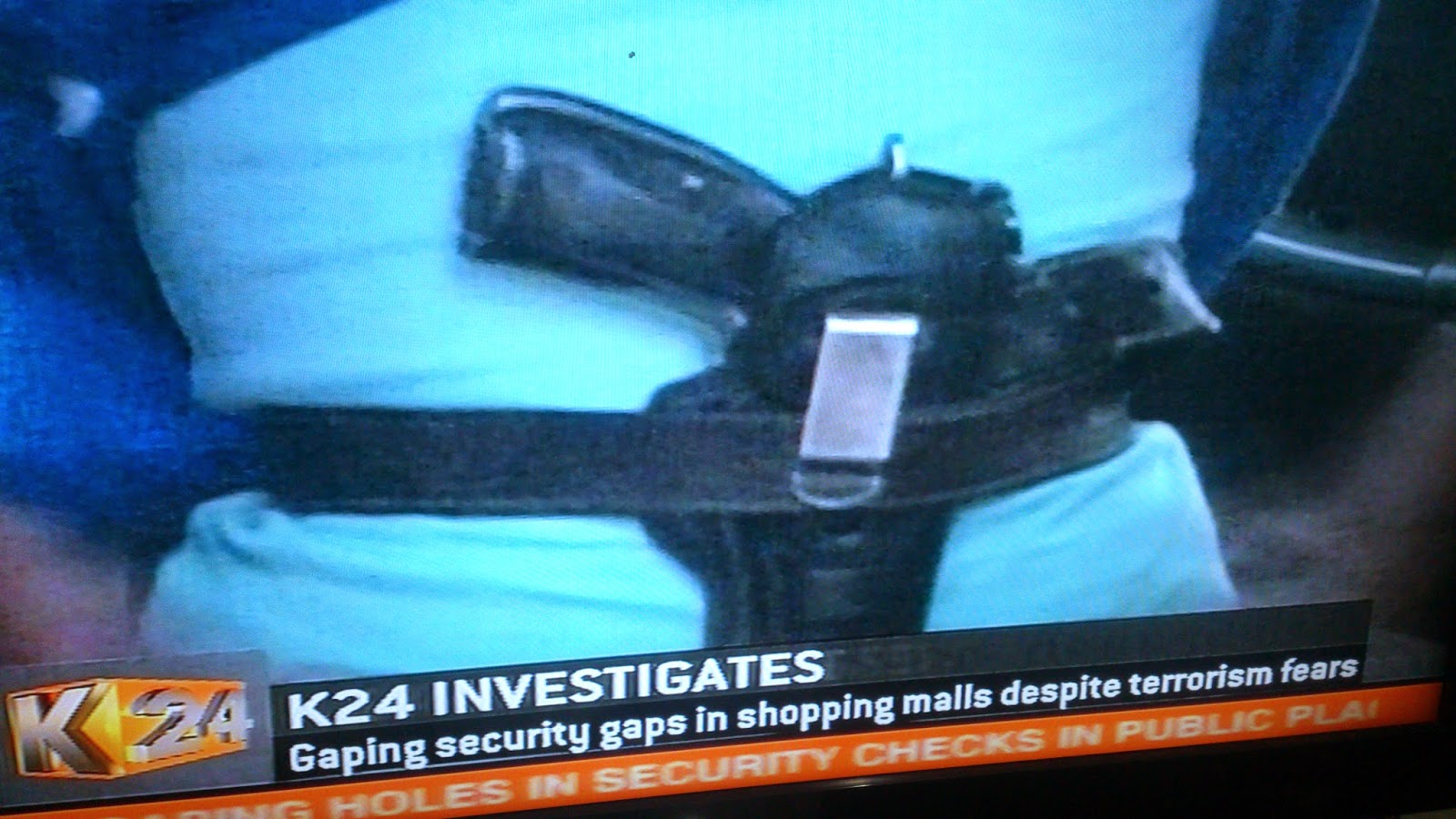 So, imagine a very brave and quite outstanding journalist seeking to highlight the security gaps in public places. She courageously straps a real and loaded gun on her back.

She manages to go past the security desk at the entrance of a popular mall and heads straight to a supermarket, and mingles with the shopping multitudes. 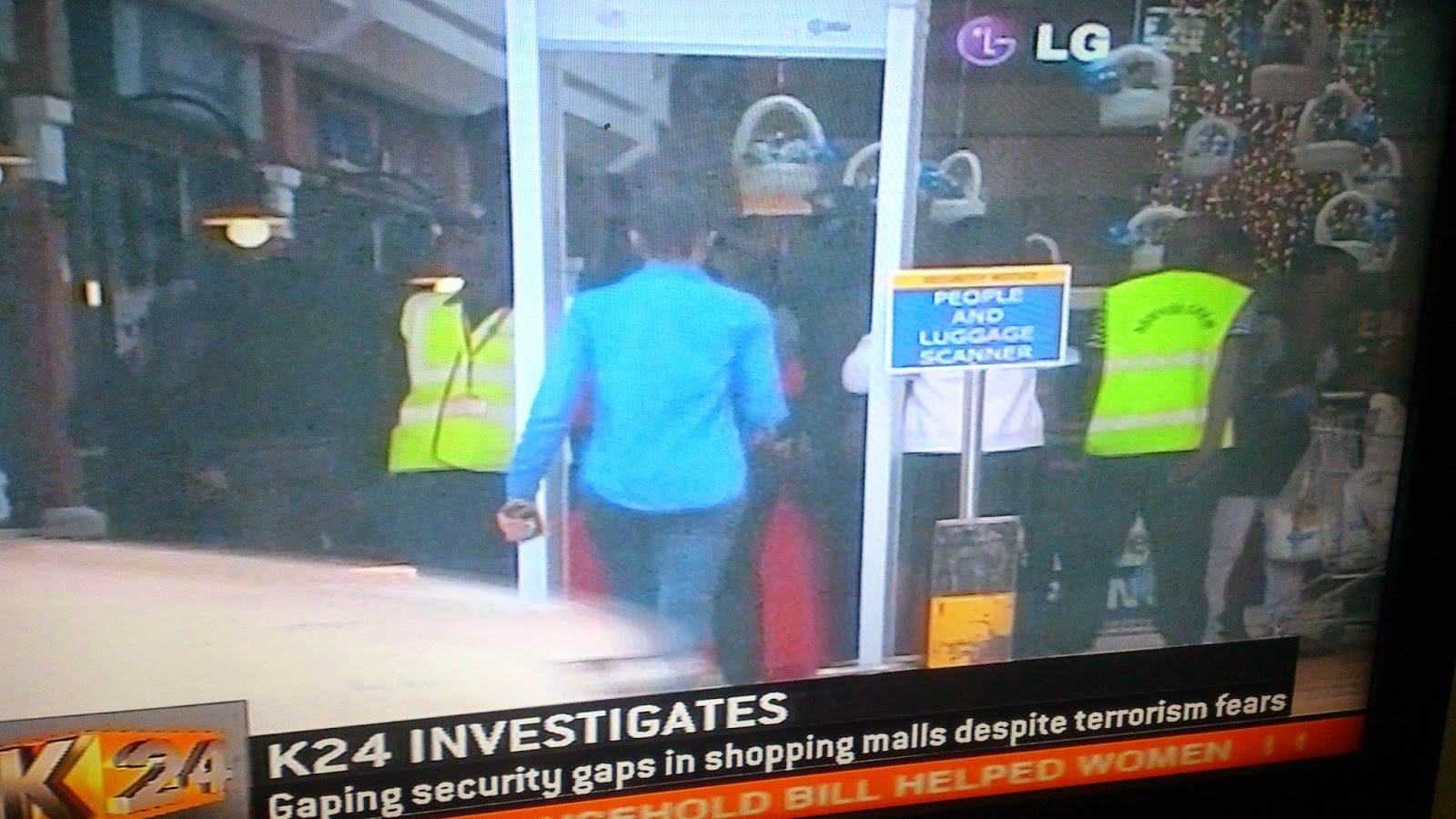 To further test the security apparatus in the mall, she positions herself next to CCTV cameras and daringly reveals the lethal weapon dangling on her back.

Nothing on Cam 1, not a bleep on Cam 2 and Cam 3 is not even functioning. As she makes her way out, she gets this urge to turn and look back. What she sees are three heavily built security officers, who first floor her effortlessly, before rapidly frisking her and hoisting her shoulder high, after retrieving the firearm.

What follows in the back room is a ruthless interrogation, punctuated with actual bodily harm. The questioning is rigorous and furious:

"Have you been licensed to carry a firearm? How did you get past the metal detectors? What is your motive? Why did you scare our shoppers and cause panic in the mall?

"Do you have a firearms certificate?"

"No. I briefly borrowed the gun from a licensed gun holder."

And then the journalist is told she will be charged with contravening the Laws of Kenya, Chapter 114 Firearms Act, Part Two, Section 4 (1), which states:


No person shall purchase, acquire or have in his possession any firearm or ammunition unless he holds a firearms certificate in force at that time.

Yes. This never happened. What we saw was a chilling, yet compelling reality check of how major security lapses continue to exists in public places, even after deadly terror attacks. 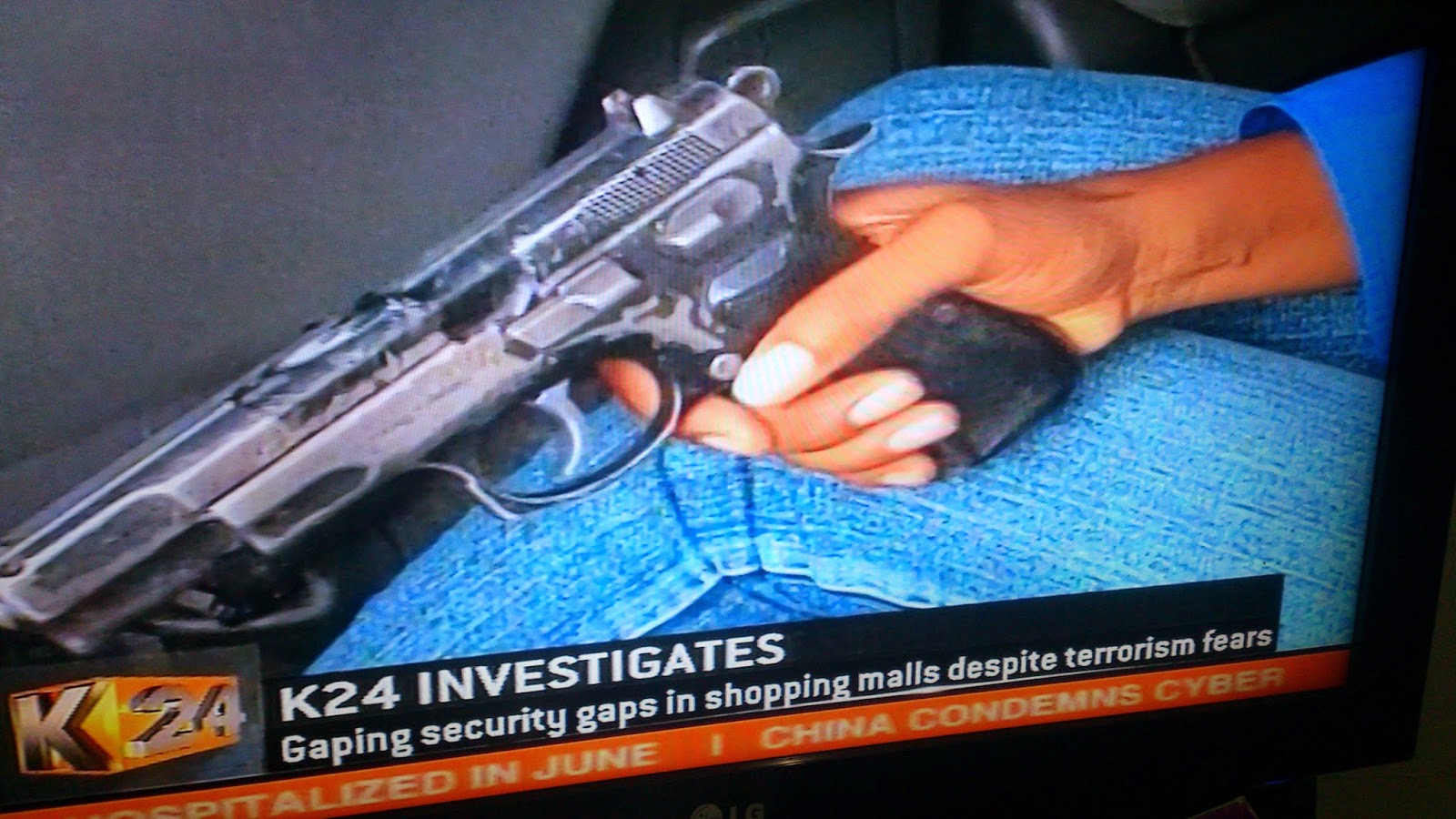 This may have made a great TV news investigative piece. However, things might have taken a dramatic turn to the detriment of the journalist, keen on delivering a public interests expose.

Journalism, indeed, is not a career for the faint-hearted. But journalists do have a heart, which needs to be preserved, even while chasing the greatest story.

In my personal opinion this was a careless and quite dangerous piece of journalism. There are proper methods to test the awareness and response of security staff and this was definitely not the way.