Perhaps it was one of those very remarkable coincidences. That two photographers clicked away from the same position, with the same subjects in frame, and other pictorial perspectives also being constant. Or maybe, it's a case of two photojournalists, one photo, but two newspapers. 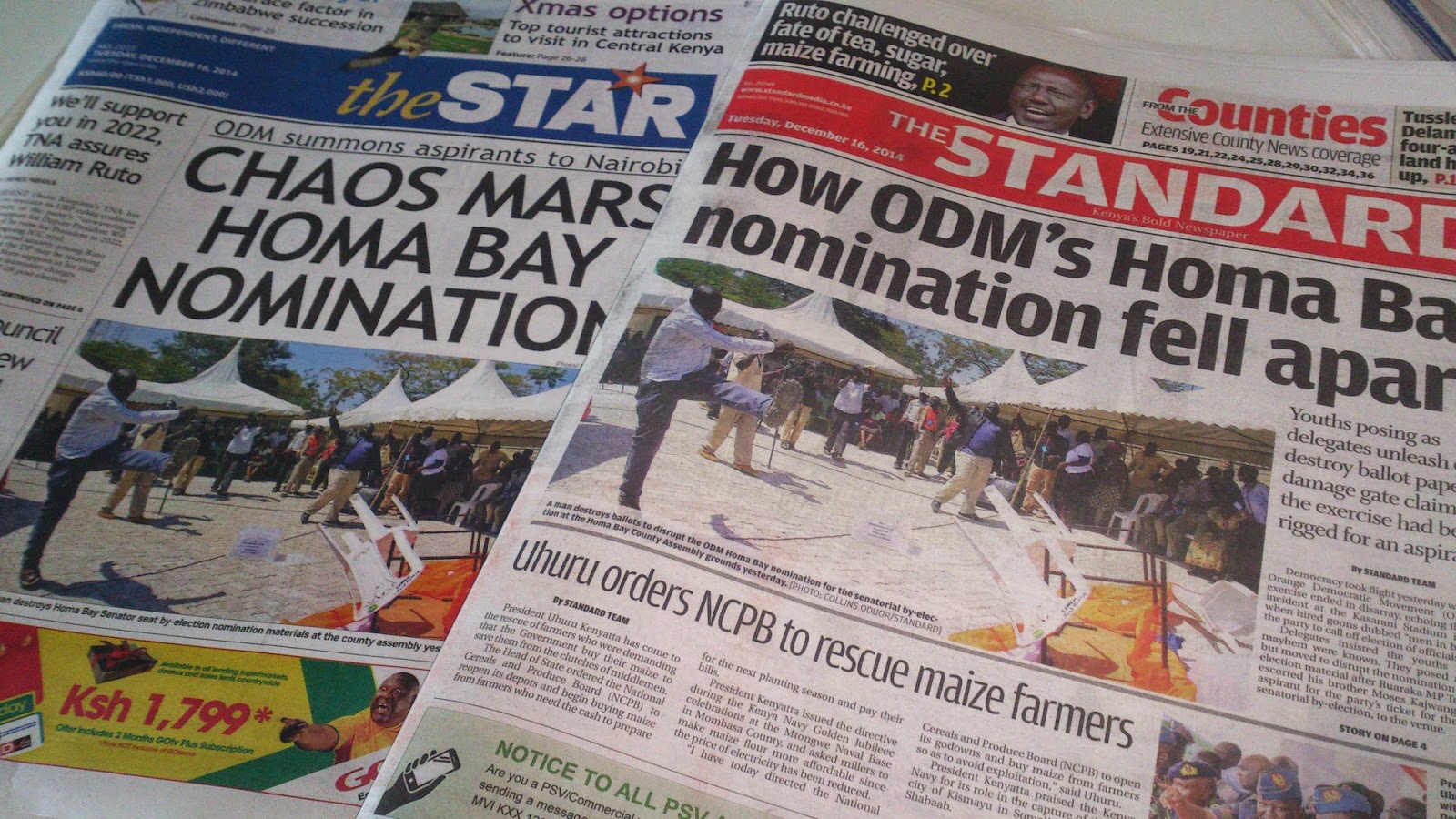 It definitely is that classic portrayal of one significant moment frozen in time. And even a momentary glance offers ample evidence why the picture was splashed on the 'coveted' front page spot(s).

The subject in the foreground is just about to kick some bu...wait...the bu...hold on...yes, has kicked a ballot box... or presumably some other election/nomination related material.

And because the Kenyan press is possessed with posturing, such a photo had to be given prominence, so as to profit from pandering to partisan politics.

Now swiftly getting back to the two photojournalists, one photo but two newspapers- 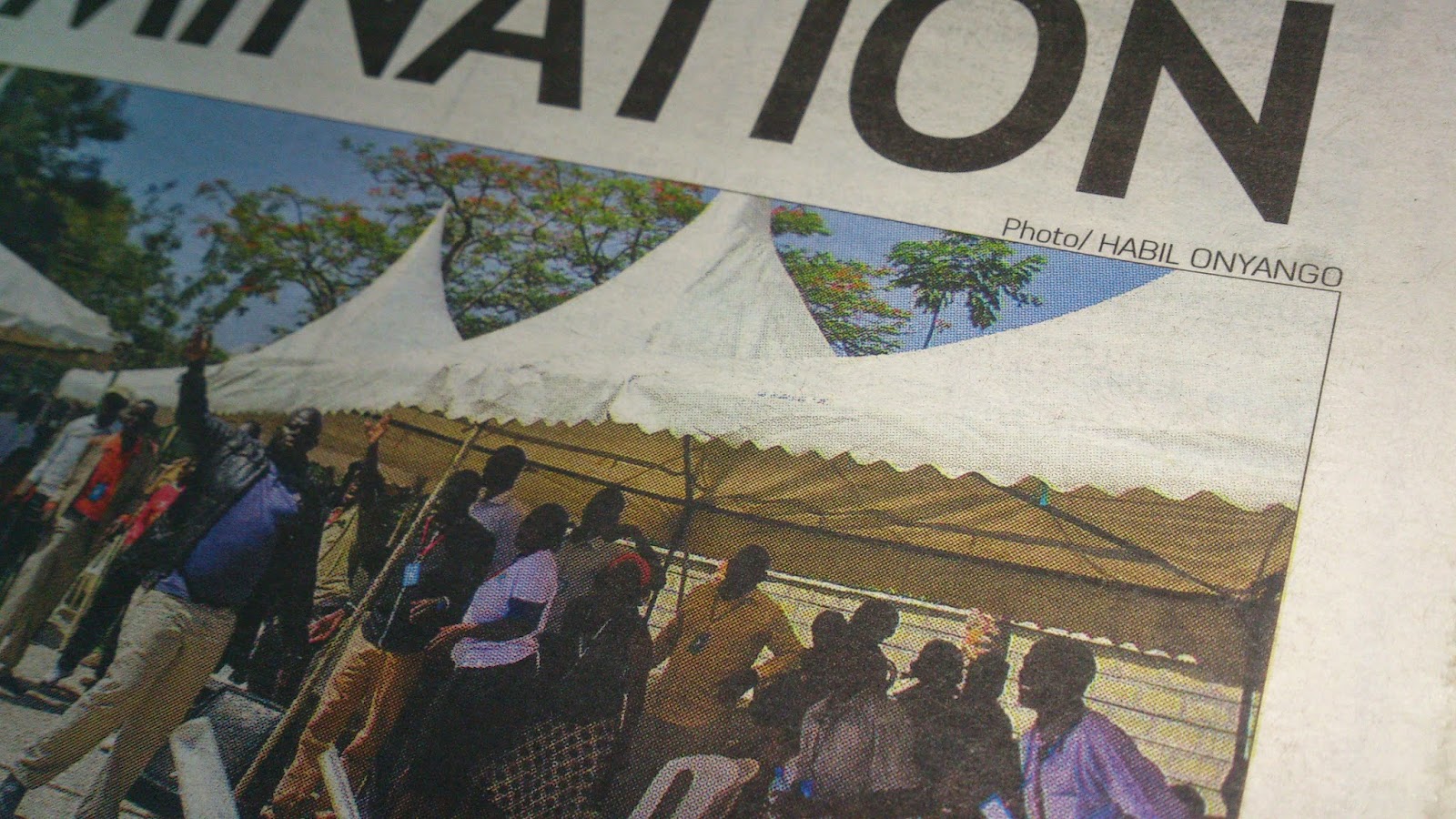 - is it remotely possible that one identical scene can be captured simultaneously by two photographers, and be similarly framed but differently cropped? 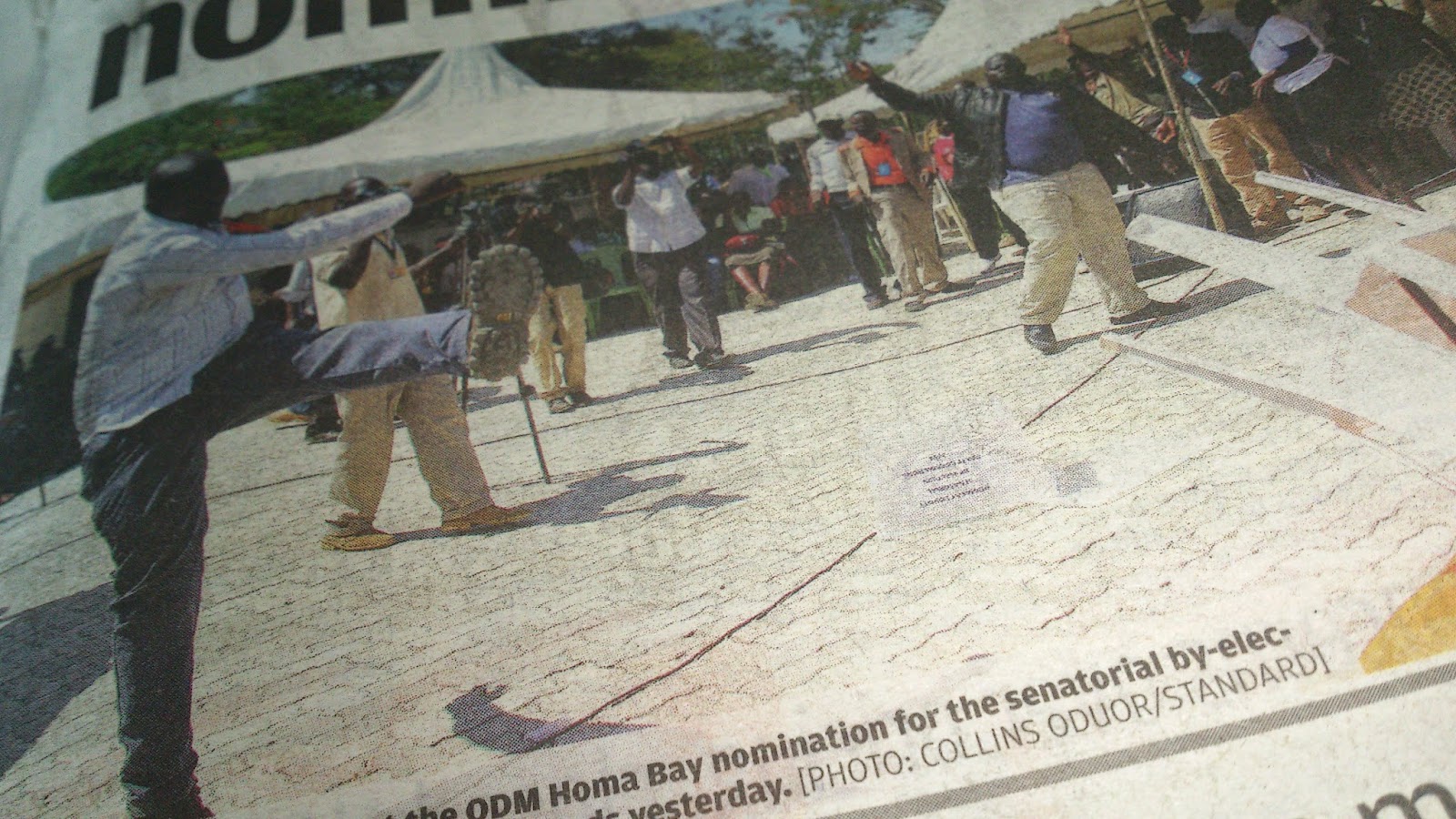 Looks can be deceiving but deceptions can also look alike.