The main Kenyan media houses appear to have taken a no holds barred approach, in highlighting ills bedevilling the various arms of government. Granted, Kenyans should be the winners, whether it's Corruption Central or Graft Diaries, dominating newscasts. But are the competency levels in these TV channels adequate or should the newsroom brilliance be outsourced?

It's relatively easy, for example, to do stories hinged on regurgitating 'supposed' findings of reports by parliamentary bodies like the Public Accounts Committee.

But I feel there is a mistaken belief that doing so adds so much value.

Such reports may not be widely distributed, but they are in the public domain, and merely picking out cases with the highest perceived potential to shock the audience, amounts to sensationalising the findings. 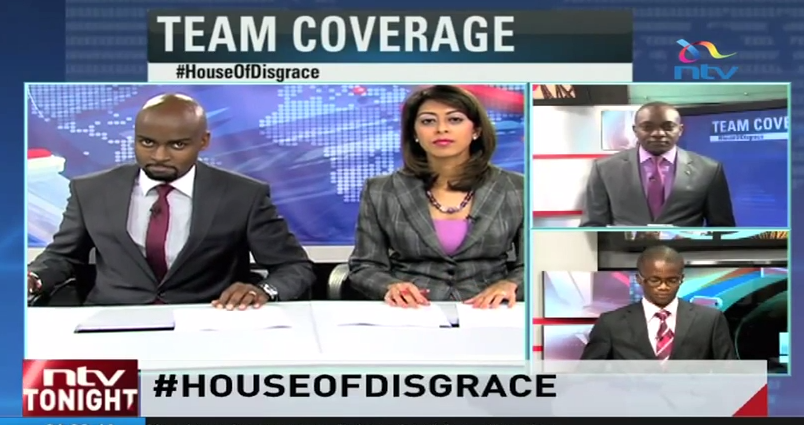 You may want to sound or appear to be hitting the government hard. But it's hard-hitting substance that is likely to have the most impact.

I would be more at ease if the assigned journalists would incorporate the input of financial, accounting or forensic experts, to better interrogate and interpret the findings, (and ascertain we are dealing with authentic statistics).

Not so long ago, after all, a 'presenter' at the TV station above, used an elaborate video wall-assisted computation, to momentarily hoodwink the audience into believing more than 7 million pupils enrolled in class one in a given year, and only about 600,000 went on to sit the primary leaving exam, leaving us to ponder over the missing 6 million plus phantom pupils.

Numbers never lie, but a lying media kills the goose that lays the golden credibility egg.