NO RIGHT TURNS AGONY AND WRONG TURNS IN THE TV STUDIO

TV news relays the reality of a day's major occurrences, but often relies on a lot of visual manipulations and technical illusions. So the audience gets to see orderliness on their TV screen, although a news presenter could be surrounded by all manner of chaos. A recent discussion on the no right turns agony on Nairobi's roads, shattered this perception, with wrong turns in the TV studio. 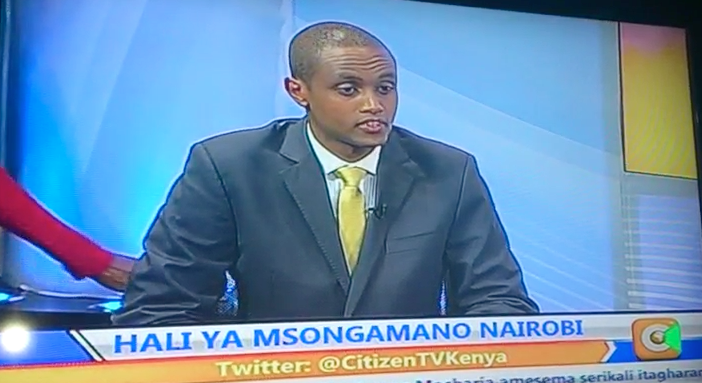 A guest had been invited to a live newscast, to analyse the effectiveness of new changes meant to decongest the main road networks in the Kenyan capital.

It may seem like a straightforward arrangement in the studio set, with TV cameras calibrated to get various angles of the guest and news presenter, to be picked by a vision mixer, as instructed by the director.

But of course there are other people in the gallery, some tasked with managing lighting, sound, graphics, autocue, etc, and all seeking to ensure there's a flawless news delivery. 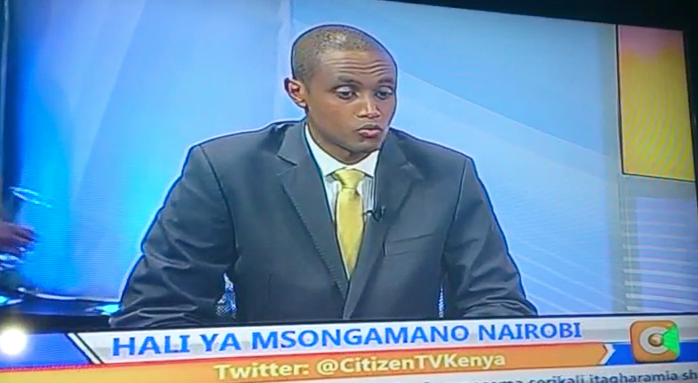 Expectedly, there's bound to be lots of movements and conversations off camera, which the audience at home never gets to see or hear.

Like in this instance, in one of the major local news channels, a hand suddenly appeared, as the studio guest was making his point.


And in the following few seconds, as captured in the short video clip above, the local, (global perhaps?) audience was treated to a rare instance of the reality that never gets projected, during TV news presentation.

There was a glass and bottle of water behind the studio guest, and these items were perhaps giving the camera operator(s) a hard time, in framing some shots, (or somebody got really thirsty). So off with the annoying glass and bottle. But oh no...not in front of the whole world!

Obviously, there was a breakdown in communication, in the gallery.

But that's not a good enough reason to interfere with the 'perfect' world of TV news presentation!