The Kenyan government has been heavily criticised for what some say was a lethargic response to the horrific terror attacks in Garissa University College. An editorial in a leading local newspaper was particularly stinging, while castigating the late and inadequate response by state agents. But behold, truth be told, that editorial was belated. 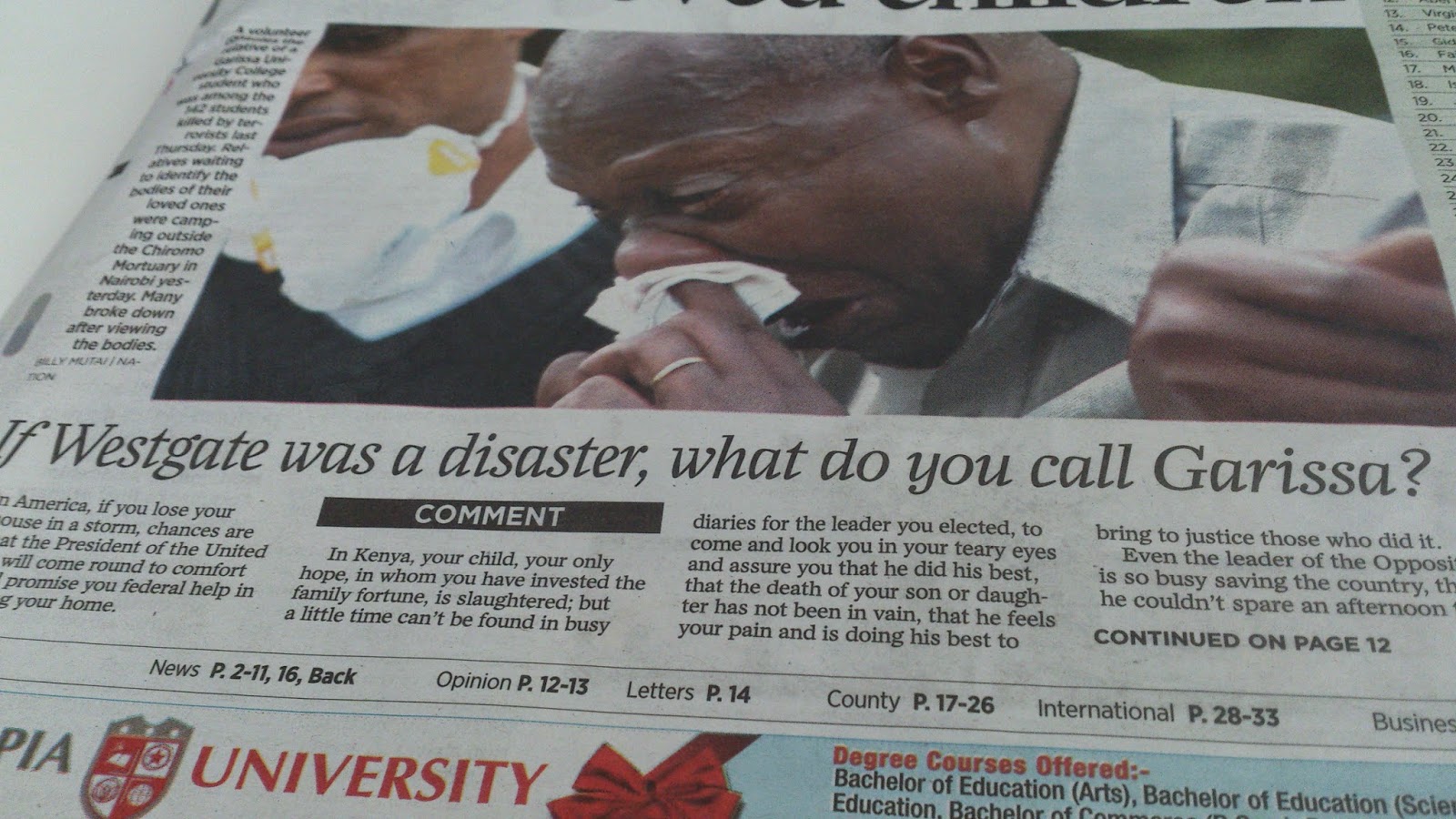 Granted, a more timely and well coordinated rescue mission, moments after the terrorists stormed the institution, could have saved many lives and lessen the amount of anguish across the country.

Better still, preventive measures hinged on compiling and acting on prior intelligence and a visible security on the ground, could probably have thwarted the planning and execution of the despicable and highly diabolical mayhem.

And in the aftermath of the senseless bloodletting, the leadership could have better steered the country from the forefront, in mourning the departed and consoling the bereaved, be it from the government or opposition ranks, while assuring there's sufficient public safety.

These appear to be points validly raised in that rare font-page editorial.

But in pointing out these shortcomings, is the local media beyond reproach, in its coverage of the Garissa massacre? 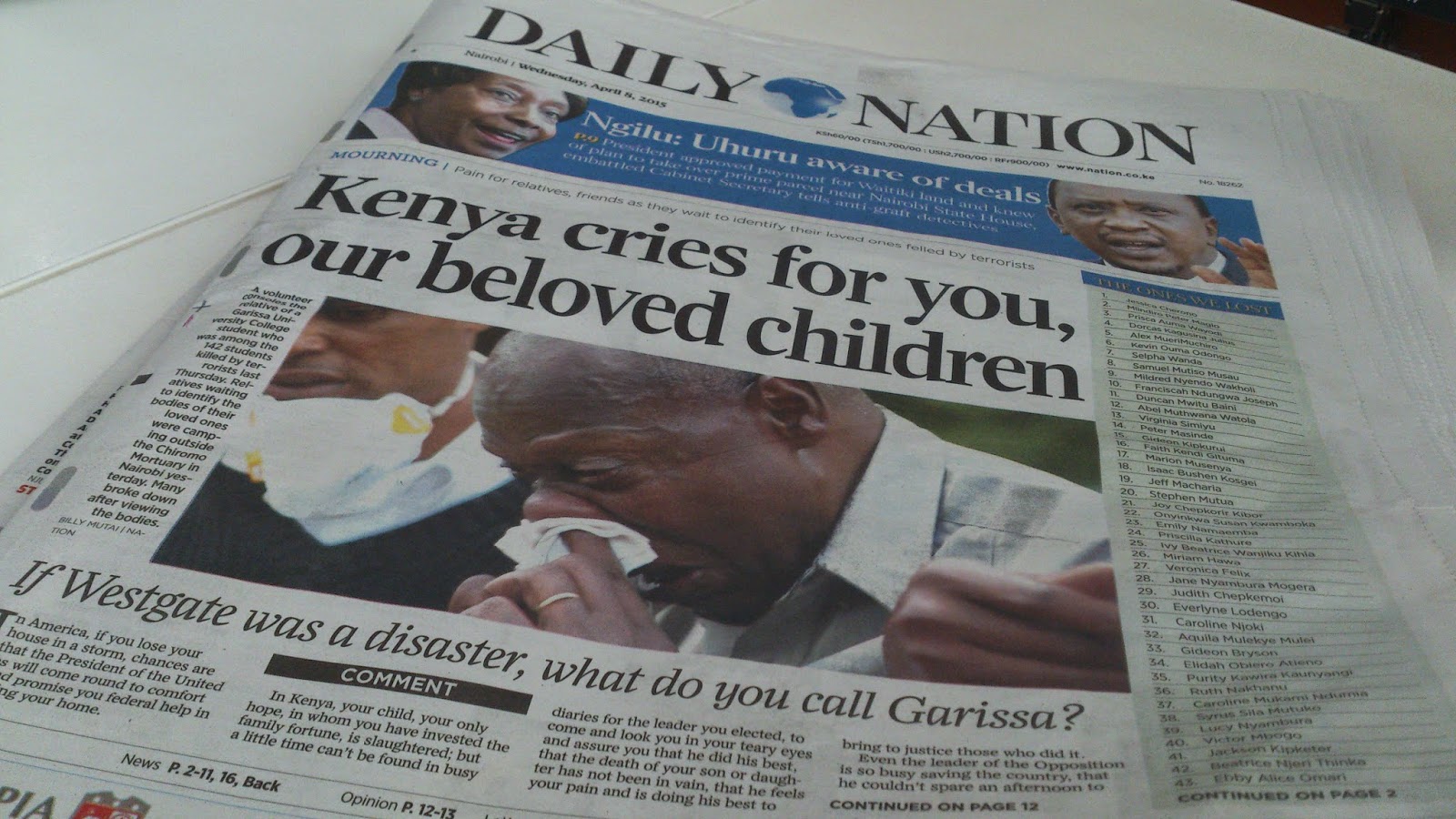 Not a single local newspaper felt the need to publish a special edition, and yet the terrorists struck in the early morning hours on that 'cursed' Thursday.

Does it mean the publishers weighed between the gravity of the news and the potential earnings, and found costs involved surpassed the need to inform the country?

It took more than five days for the second deadliest terror attack in Kenya to merit that front page editorial.

Does it mean the publisher was incapable of being alive to the pain being experienced from the very onset, to feel obliged to accord the tragedy such a powerful editorial lamentation? 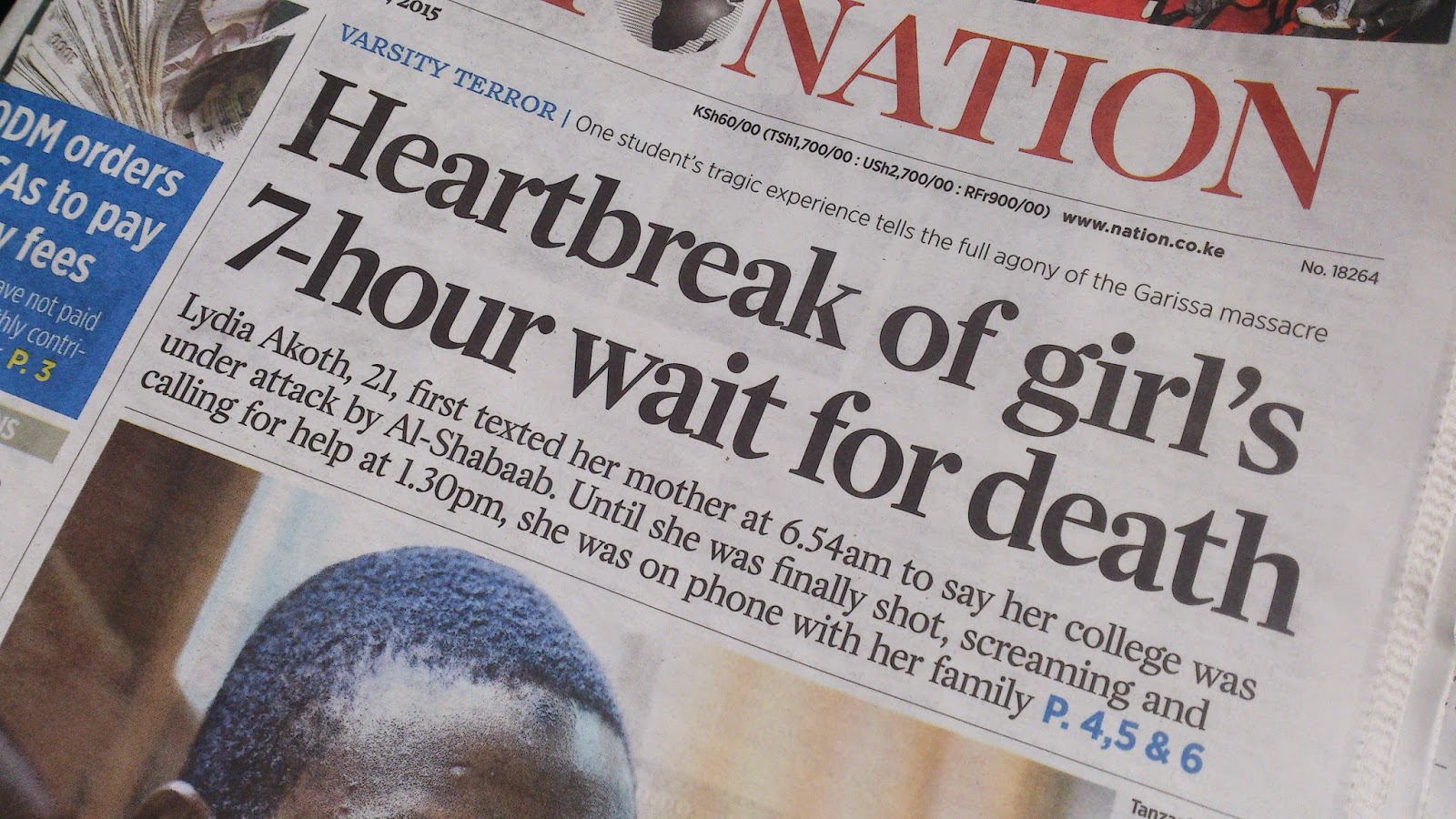 May families, friends, colleagues and relatives find strength to endure the loss of their loved ones.

May the injured and traumatised get quick healing.

May the government be more responsive to the needs of citizens.

May the media provide responsible coverage that relieves the psychological burden of the affected, without forcing the survivors to relive their pain.