In Journalism, we have news sources, usually being pursued by the media, for the benefit of the public. This balance should not be needlessly upset, even if the intention is to be creative in news delivery. If a section of the local media asks the Kenyan presidency for mentorship, it raises non-public interest issues, as the watchdog role exits the stage. 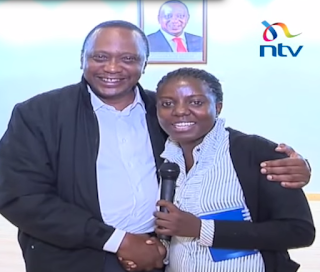 Creativity in the news media is a much welcomed addition. It makes the stories memorable. It could also make the issues being addressed to stand out. But the fundamental and distinct role of the news media should not be compromised in the process.

Getting within the earshot of Kenya's president used to be such a massive achievement, and the few brave journalists, who managed to do so, most probably have framed pictures of that encounter, as a mark of their career accomplishments.

The best I could do was ask a former president a direct question, (from a safe distance at State House Nairobi), which never got answered anyway.

So I can imagine the thrill of an up close one-on-one interview with the Head of State.

But it should not escape the attention of a journalist doing a news story, that a line ought to be drawn between doing a professional job and being caught up in the moment, (perceived fame and beckoning fortune notwithstanding).

Imagine a young CNN reporter getting invited to the White House and asking President Obama to be his mentor. Or a BBC reporter asking Cameron the same, at 10 Downing Street. Just imagine a young journalist at State House in Harare, asking Mugabe....

As the Executive exudes patronage, so does the media watchdog role begin to exit.

Way cool! Some extremely valid points! I appreciate you writing this write-up
and also the rest of the site is also really good.