Is it a virtual deception? Then maybe all that is required is a computer-aided correction. Or is it a physical misrepresentation of facts? Then it's humanly possible for a set designer to mend the mistake. But if the broadcast station is in denial, then historical truths need not change the geographical reality. So in this TV news fail, let there be one Sudan, for the South never parted with the North. 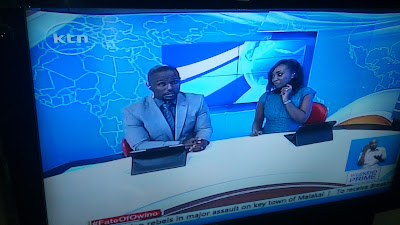 That's the impression created and propagated for months, by one of the leading news channels in Kenya.

And this inaccuracy continues to be beamed authoritatively to the local audience, during the channel's prime time newscasts, and globally through various online platforms.

An untrained eye can hardly fail to see the graphical obliteration of the territorial integrity of an independent state. 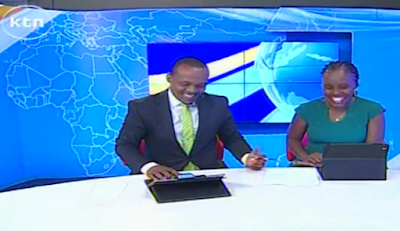 For any single trained mind not to have noticed the discrepancy internally, it's a travesty of canonical journalism, reeking of professional negligence and editorial irresponsibility.

Attention to details, (demonic or angelic), after all, is at the core of the news business.

And if you can't even get your own station identity right, why should one expect you'll not go wrong with dissemination of information in the public's interest? 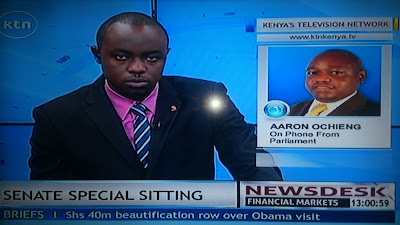 I'm not familiar with a channel called Kenya's Television Network. But I'm willing to be welcomed home to be schooled, and hopefully not miseducated.