FROM AN EDITORIAL NONSENSE TO AN ON SCREEN NIGHTMARE

Long sentences in broadcast news can make the audience discern a script being read. The preferred perception is to make the stories sound more conversational, and short sentences are a big help here. Windy sentences can also yield editorial nonsense, where language mastery is a concern. If the nonsense is displayed on screen, the result is an editorial nightmare. 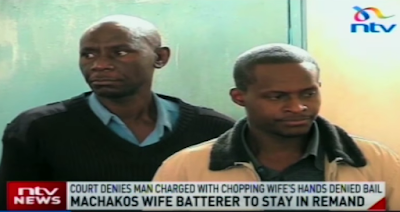 Trying to load as much information as possible in a single sentence might appear smart, but it requires an acceptable level of alertness.

To begin with, the strap depicted above is way too busy, for a viewer to comfortably read, never mind the elements of repetition.

And since the medium is TV,  the viewer is also listening to the voice of the anchor/reporter, while engaging the eyes to process the video element.

The required coordination of sensory organs is greatly jeopardised by the eyesore of a top line, in the lower third story tag, which sates:

Oh dear! It almost appears as if the words were being randomly strung together, hoping the resultant sentence would communicate the desired meaning.

But evidently, even with editorial licence, news packaging is a precise undertaking not best left to chance.