FROM JAMAICA TO ETHIOPIA, PROPHESY TO HIS IMPERIAL MAJESTY

"He's the only man in flesh, whom you can't look in the eyes," so crooned Michael Rose, formerly of reggae icons, Black Uhuru. And that aura of mysticism is strongly felt at what used to serve as the palace of Emperor Haile Selassie, in Addis Ababa. The historical connection between Ethiopia and Jamaica comes alive. A prophesy appears fulfilled through His Imperial Majesty. 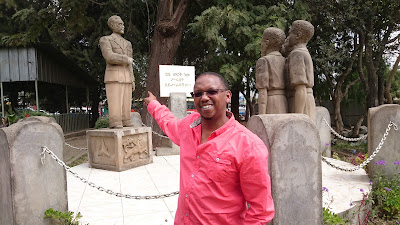 Visiting the residence of the man at the core of the Rastafarian movement, is a truly fascinating experience, especially if you've grown up listening to reggae music, with abundant references to Haile Selassie, (insert me).

In numerous songs, I've heard of how a prophesy by Jamaican Marcus Garvey in the early 20th century about a black king being crowned in Africa, excited so many down-trodden people, (insert blacks). 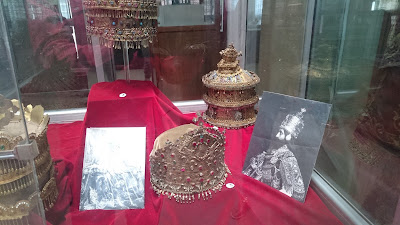 A coronation did happen and Ras Tafari Mekonnen became Haile Selassie I, and this supposed fulfilment of Garvey's foresight, gave Rastafarianism a firm foundation.

Ethiopia, apparently holds a special place in the wider schemes of things, and there's even a Biblical verse often quoted by reggae artistes, Psalms 68: 31 which states:


"Princess shall come out of Egypt
Ethiopia shall soon stretch out her hands unto God."

The rule of Haile Selassie was, however, brutally crushed in the mid 1970s, but the belief in his divinity has never waned.

In a documentary I had the rare privilege of watching at the Bob Marley Museum in Kingston, Jamaica, a disbelieving Bob, on hearing of the developments in Ethiopia, penned a very emotive song, emphasizing his and Rastafarians' conviction that 'Jah liveth, ever faithful, ever sure!

Fools say in their heart,
"Rasta, your god is dead!"
But I'n'I know:
Jah - Jah Dread;
It shall be Dreader Dread 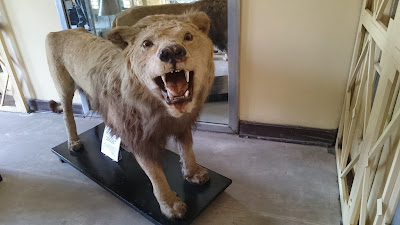 The fierce look of the preserved lion that used to be owned by Emperor Haile Selassie, seems to underline this defiance.

Another reggae legend Bunny Wailer, lyrically cements the continuing link between Marcus Garvey's prophesy, Jamaica and Ethiopia, when he chants:


For it's no use dying in Jamaica,
'Cause we can't afford a burial spot
Remember Marcus Garvey, predicted that day
When all black people shall be going away
To the land of our fore-fathers and our mothers
Right here in Ethiopia

Indeed. the splendour of Haile Selassie's reign is evident in the emperor's private chambers 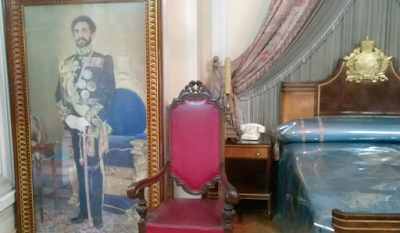 And as I depart  from this amazing and awe-inspiring country, I marvel at the rich tapestry of spiritualism, the destiny of Africa as defined by Africans, the turbulence of existential struggles and the steadfast belief of an assured emancipation. 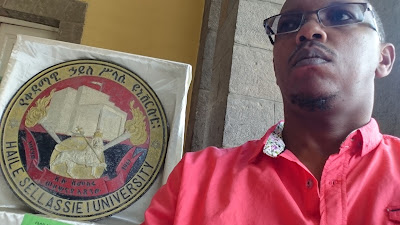 I will definitely derive a deeper meaning, the next time I hear Culture's Joseph Hill saying:


There is a land
Far, far away
It's called Addis Ababa

Another reggae living legend Burning Spear aptly captures the reason why The World Should Know about Rasta Business, by making an Appointment with his Majesty and Calling Rastafari to become a Freeman!!!