It's no longer debatable. The mainstream media in Kenya is undergoing a serious erosion of its appeal. That politicians can elect to ignore such a powerful platform in an election year, speaks volumes about the diminishing value of traditional mass media. The legacy media is losing its influence, which in the past has driven the transformation agenda for the country. 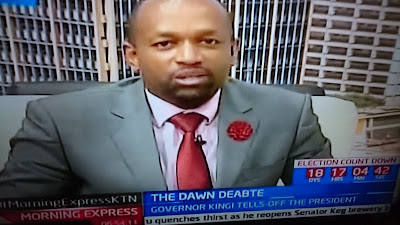 That a debate meant to feature more than 5 candidates seeking the second most powerful seat in Kenya, featured only one candidate, is an indication of a fading local media and its waning dependability

Granted, there are now so many alternative ways of pushing political messages to the electorate, such that one need not worry about access or lack there-off, to established media channels.

But the proliferation of digital platforms and the availability of social media networks, should not be an excuse because mainstream media houses have strived to tap into these emerging communication technologies.

So what ails the legacy media in Kenya?

- News gathering is getting deeper in technology but content presentation is becoming shallower.

- Education levels are rising but editorial standards are falling.

Time for self-reflection and evaluation is long overdue for the country's traditional media. 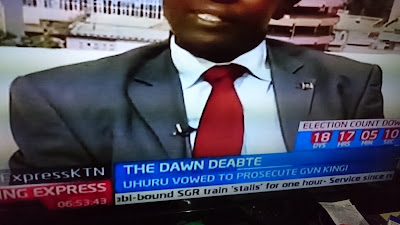 And yes. It won't hurt to also get spellings right!