Objectivity. Impartiality. Neutrality. Balance. These are words that media practitioners will be harshly judged against, as Kenyans navigates this year's electioneering period. That's why journalists ought to be aligned more with the needs of the public, than for politicians. Fidelity to the public interest should override non-interests of elites, in TV political interviews. 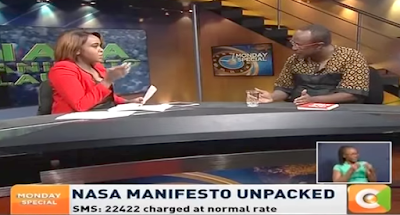 And so it becomes quite challenging to satisfactorily interrogate politicians, and associated political players on TV, especially, for the benefit of the watching public, a good chunk of whom are potential voters.

There's a very slim chance of getting approval across the various political divides, and the odds against journalists are multiplied by plenty of malevolent critics, who probably are adding their own prejudices or biases, and thus subtracting from the overall value of the engagement.

So, the chorus of disapprovals after every other TV interview or debate, where the interviewers or moderators get a serious bashing because of perceived 'media sins' of omission or commission, should be cognizant of the difficulties of serving competing interests that journalists have to routinely contend with.

In any case, is it better for the interviewer to exhibit great understanding of topical issues backed by solid research, to please his or her peers, or the elites in society, for that 'coveted' stamp of approval, but fail to resonate with many more who are not as knowledgeable?

Or should an interviewer demonstrate some level of ignorance, so as to represent the likely average grasp of the issues amongst members of the audience, to better help enlighten them, by having everything simplified?

I'm certainly not the best media informer, but in these two scenarios, I distance myself from the former.
Posted by Albert Gachiri at 23:50