It almost seems like media outlets in Kenya have collectively conspired to be passive purveyors of election-related information. The press is often times now as clueless about key developments in this prolonged electioneering period, as the audience it intends to enlighten. The local media are thus behaving like marionettes, at the mercy of unseen puppet masters. 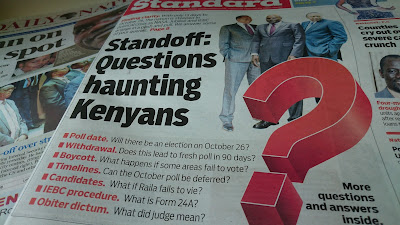 It's unusual for the same media described as being vibrant, to leave viewers, listeners and readers unsure about where the country is headed politically and legally, even after interrogating all manner of analysts.

Anticipatory aspects of news gathering and processing have been neutered and most of what is left is reactive coverage.

Clauses in Kenya's constitution appear alien in many a local newsroom, and not many journalists are astute enough to navigate through relevant statutes.

This leaves the media at the mercy of those touted as analysts or experts, but which then also leaves the door wide open for inherent biases, prejudices and partisanship that cloud the understanding of issues. 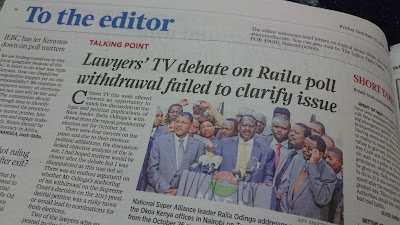 If the media can't arrive at their own underlying positions, backed by solid research, with which to test or counter-check with credible authorities, then it will be hard to know if they are being led astray, to serve extraneous purposes.

And there are plenty of nefarious puppet masters, well capable of manipulating 'media marionettes' to advance an agenda that's far removed from the public's interest.