To inform, educate and entertain, is what a trainee journalist is bound to come across as the main functions of the media. There are also agenda setting and watchdog roles, among others. The media in Kenya at times appears to be blind to these important responsibilities. That's why the audience often encounters a lot of misinformation, excess entertainment and media miseducation. 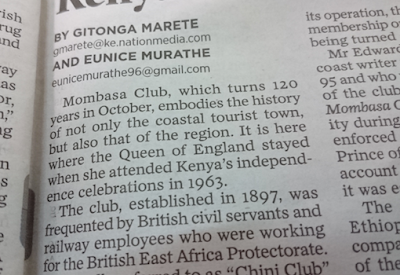 Facts are stubborn. But some other types of facts have another layer of stubbornness: Historical facts!

This makes it quite foolhardy for a newspaper to publish glaring historical inaccuracies, like in the  article above.

The day Kenya gained its independence from British colonialists is well-documented, including the top dignitaries in attendance. 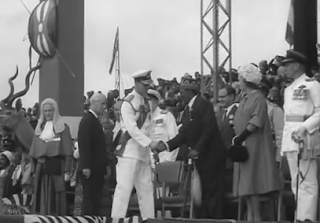 It should be a well-known fact that the Queen of England was represented by the Duke of Edinburgh, Prince Philip.

And it seems geographical facts also present a challenge for the press, in this part of the world. 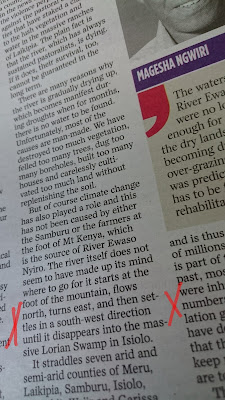 From Mount Kenya, a river is described as flowing:

North, then east, before settling, "in a south-west direction until it disappears into the massive Lorian Swamp in Isiolo."

Well, for international readers, this might not make much sense.

And for many locals, they might have no hint of a clue either, about the meanderings of this particular river.

But for area residents and those familiar with the geographical set-up of this region...the given description makes a lot of nonsense!

Yes, the river can flow north, and turn east.

However, there's no way it can then flow south-west.

That means it would be flowing almost in the opposite direction of the Lorian Swamp, where it's meant to end up disappearing.

And you would still expect Hargeisa to be somewhere in the semi-autonomous Somaliland, right? 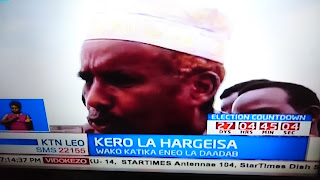 How it was being referenced with Dadaab, in Kenya's Garissa County, will for now remain a mystery.