OF SPLITTING HAIRS AND ON AIR HAIR

It might not be the most important element in TV news delivery. The appearance of news presenters, however, could be the tie breaker for many viewers, when deciding which Kenyan channel to watch news. It may seem like splitting hairs, but on air hair grooming is critical in making a newscaster to be easy on the eye.

You should want to avoid a look that gives the impression of being untidy, unkempt and generally unsightly.

Failure to do this has a direct impact on perceptions about a media house, because there's a valid reason why on air newsroom personnel are often reminded they are the face of the station.

Any credible broadcast news channel is thus likely to have an in-house grooming code, touching on acceptable on screen dressing, hairstyles, makeup, jewellery and many other details.

And significantly also, there ought to be budgetary support to enable news anchors, field reporters or program hosts to maintain the desired look and feel of the channel.

All these efforts might appear contradictory to the need to keep the attention of the viewer solidly on the news content.

Indeed, there have been numerous deliberate decisions to tone down what could amount to visual distractions, likely to make the audience deviate from the core purpose of watching news. 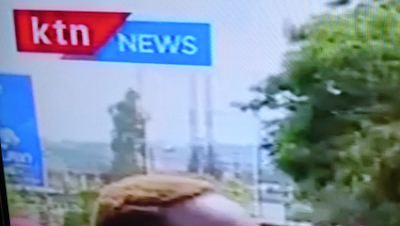 Apparently, the distraction can equally come from a 'strange' or 'unusual' appearance of newscasters or other on air talent.

That's why it is more desirable to be simple but not simplistic in the choice of wardrobe or hair styles, elegant but not eccentric, or classy but not flashy.

Watching news presenters need not be a hair raising experience!