Skills in enterprise reporting are welcomed in the newsroom. But is the world always going to provide interesting stories that journalists can continue to uncover, discover and cover? Highly unlikely. Inevitably, some stories will be recycled, even under the guise of making follow-ups. But the audience can easily see through regurgitated features disguised as new ones. 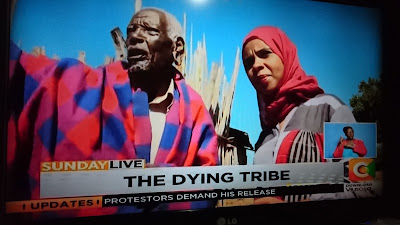 If a TV channel heavily promotes an upcoming feature, it builds anticipation and expectation that the story is worth making a viewing appointment.

Even if it's a familiar 'special' feature being hyped, one is hopeful of watching a fresh insight, perhaps a new angle even, or the latest developments in a story that's being retold.

However, in this particular instance, there was little to show that an attempt was made to add to the existing level of awareness about the story. 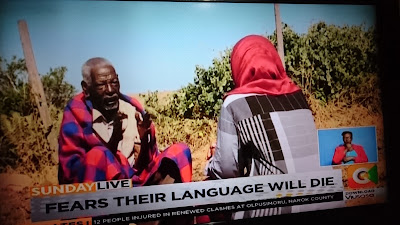 One gets a sneaky sense that the reporter deliberately chose to try and obliterate any acknowledgement that what was being served was a not so tasty dish of televised deja vu.

This, needless to say, was as futile as it was foolhardy.

Truth be told, this is a story that has previously been featured by both local and international media, from as early as 2010, as captured here.

Behold, however, this late 2018 version was largely centred on the same central 'fact' that the language spoken by the Yaaku community was on the verge of extinction. 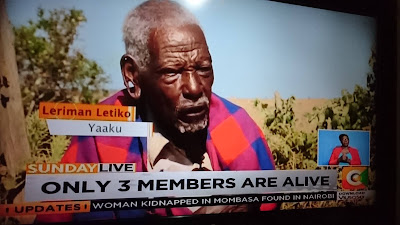 The one loosely substantiated 'new' fact was that only three fluent speakers of the Yakunte language remained, (down from 7 in 2010?).

Maybe the media should consider borrowing the principle of specifically adding to the existing body of knowledge, before publishing, which is a key cornerstone in the world of academia.

If a story has already been covered, then it would be a requirement that reference is made to what has already been produced, even if by rival media entities, so that emphasis is strictly put on value addition, for the benefit of the audience.