Something dramatic, significant, unusual, of some human interest and dominating offline and online discussions. These are all vital ingredients that could make a memorable news item, especially for TV. But Kenyan broadcasting stations downplayed the importance of a weather phenomenon, whose impact was felt for hours. The news story was dusty, but the coverage was truly rusty. 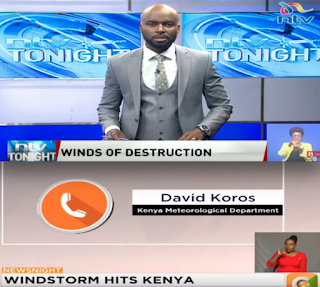 It was a rare weather spectacle in this part of the world, but the local press appeared to have been reduced to spectators.

Given how accessible this story was, it was amazing how there was an 'over-reliance' on footage shot by amateur videographers.

Just how 'impossible' was it for TV crews to be quickly assembled and deployed, to get first-hand accounts of this dust storm?

And one has to one wonders if this lethargic approach would be as dominant, if a big natural disaster is to strike Kenya.

Indeed, a lot more should have been done by the local media, given their tendency to set up live broadcasts, at the slightest provocation. 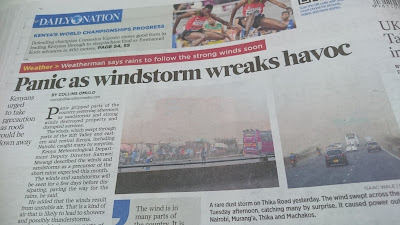 Hopefully, the local media outlets will dust themselves off and be more gusty in the coverage of such stories going forward.