A chronicler of of unfolding events, is what some may define as one of the the key role of journalism. And this often involves witnessing major occurrences from a vantage point, to later put on record what may end up having immense historical value. So reporting historical facts should be a much simpler task. And there should be no reason to end up rewriting history with the wrong news story. 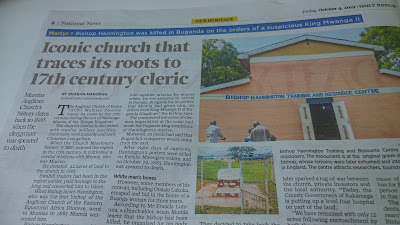 In the newspaper article above, a very straightforward fact is glaringly being misrepresented.

Any good student of history, or current affairs for that matter, should be able to explain how centuries are counted.

In summary, from 0 to the first 100 years, constitutes the 1st century.

According to this article, the church in question goes back to the 17th century. 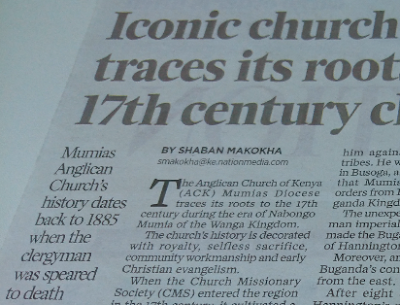 You see, the article goes ahead to say:


'Mumias Anglican Church's history dates back to 1885 when the clergyman was speared to death.'

Unless this newspaper wants to rewrite history with the wrong story, the events being quoted never happened in the 17th century.