A CON SHOW INTERVIEW OF KONSHENS

For starters, it's good broadcast practise for some professional distance to be maintained, between the interviewer and their subject. Even the choice of words should reflect this imaginary but crucial space.

So, it was shocking to hear the host in one of the TV station react to the mere name of the studio guest by saying:


Cute? I like it? Are the opinions and feelings of the host adding value to the interview?

And when the guest said he was 'in love' with Kenya, again the host let out an unbelievable:


But it gets worse. At some point, she claps and mumbles something like (it):


Then shortly afterwards, she yet again gets all emotional. The Jamaican dancehall artiste says he believes success is a journey not a destination, to which the host replies:


It has profusely been already pointed out that this TV presenter was awestruck and openly 'attracted' to the interviewee ('I'm your biggest fan alive'). And I tend to agree. But I'll be quick to also point out that it's part of being human.

I can relate because the time I was on assignment in Kingston, Jamaica, I visited Harmony House production centre, home to reggae living legend, Beres Hammond.

As I awaited a reply to my interview request, I moved to the records shop but had difficulty pointing out to the attendant, which particular song I wanted, in the many CDs on sale. I knew the tune but not the words, let alone the title of the song, so all I could come up with was a terribly off-key hummed rendition.

Then the shop attendant gave me the surprise of my life. Visibly fed up with my awkward query, he suddenly brightened up and told me:


I turned and sure enough Beres was there in person. Needless to say, I froze. Up to this day, I can only remember Beres saying he was too busy at that point to grant a TV interview. Nothing about the song I wanted to buy. I eventually took a guess and got the CD with the song, 'Not Over Till It's Done' but I digress.

The point I'm making is that once in a while, one does get overwhelmed to the point of 'acting funny' while in the presence of someone they regard in very high esteem.

However, reason must always prevail in a live studio situation. And that means keeping the focus on the guest. Does the host have to tell us, (and her probably bored interviewee) that in her family, she's in the middle, just like the Jamaican, but only has brothers?

It does help to do thorough research, before the interview, to avoid sounding very ignorant. The artiste comes from Jamaica, an island, meaning the place is surrounded by water. So why ask the guest whether he will be interested in visiting the beaches along Kenya's coastline? 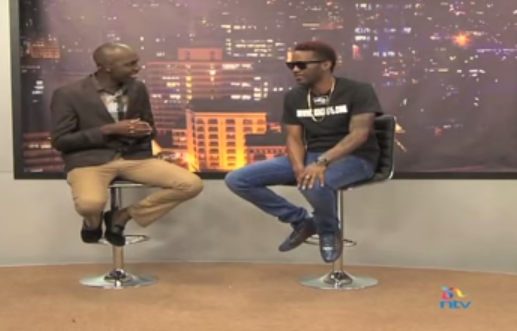 The other host from the TV station that simulated a 'Live' interview of the same artiste, equally failed in this respect. He gloriously displayed his limited 'overstanding' of Jamaica's local music scene.

And when the guest mentioned Bob Marley, I expected a follow-up discussion on the continuing posthumous influence of the late King of Reggae, decades later. But all I got was:

"Do you have a favourite Bob Marley song?"

I'm now more convinced there's no master of all subjects in Kenya, when it comes to conducting TV interviews. Maybe getting a co-host, who is a specialist in the relevant topic, will help bridge the knowledge gap.

Leave the studio Gash!!!!!! Those hosts were pathetic to say the least. They behaved like Mr know it all. I expected the expected as well as the unexpected. Ati Kenyans regard Konshens as the best dancehall artist? then Busy Signal, Vybz Kartel, Tommy Lee, Mavado, Aidonia, Beenie Man etc etc are what? To demonstrate that the ' hosts' lacked knowledge of the current affairs in Jamaican music, none asked about Kartel's incarceration.The lady host was just a super-nerd, how can she keep on answering to questions she had asked. - Peri

And people still ask me why i stopped watching local content

i'm so glad this topic has come up, didnt get to see the interviews in question (and i'm glad i didnt), but the hosts are always appalling, esp' the ladies; what is it with our local hosts and speaking more than the guests, apart from asking questions and answering them themselves! Remi Majala and Churchill are other notable culprits.

I watched that video. The lady was such an embarrassment. I don't know what criteria was used to hire her but damn!!! the giggles. And people wonder why Kenya media ( music, movies ect) will never reach an international level. I simply call it USHAMBA GALORE. So sad

I watched the Trend interview and this time Larry bit more than he could chew. You could tell he did little research on the artist and the musician would answer just as he finished his last word meaning these were textbook questions... Collabo, what you think of Kenya, are you married,etc. I do not listen to the guest's music but the young man is evidently learned and wise, he brought A game.

oh my Gosh....I have to write that down...hahaha she sure made a clown out of herself there! sounds like a spoilt high school kid.....