The airing of an election-related expose, in one of Kenya's TV stations, has elicited sharply divided opinion, with some questioning its substance, level of fresh content as well as the timing. Still, some hailed it as the indictment of a flawed 2013 electoral process. The verdict would have perhaps been unanimous, had there been no failure to authenticate. 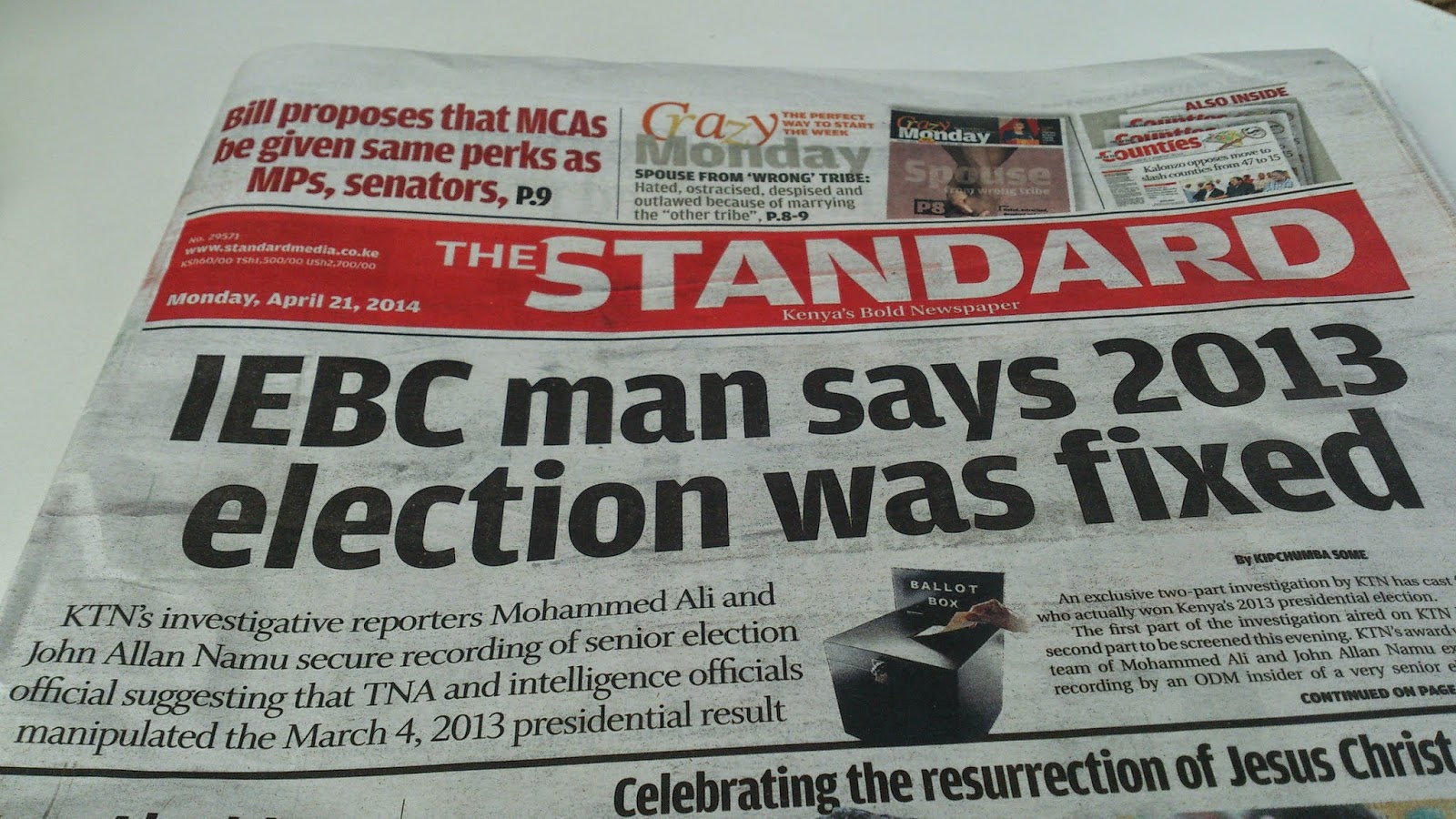 It has all to do with the alleged secret recording of a senior election official in a conversation with an unidentified person named Mr X. From the investigative story, it is clear that the official denied being the one captured in the audio recording.

In the English version, the reporter also admits the voice on the recording had not been verified as belonging to the currently suspended official.

And therein lies my main concern. Why was there no indication of a serious attempt having been made to independently authenticate the recordings, so as to establish whether it could be correctly linked to the official?

The audience is thus left with some doubt, with no proper way of making an informed conclusion as to whether the expose was dwelling on fact, conjecture or mere speculation.

In between interviewing sources in Ghana or South Africa, it would have been prudent to engage the services of a voice identification expert, if the same could not have been found locally.

Below is a sample of the reactions on social media platforms.