MEDIA LOGIC OF CURBING INCITEMENT THROUGH COVERAGE OF INCITERS

The Kenyan media can sometimes deploy very strange editorial logic. Even news elements inherently dangerous in the long term, are milked for short-term glory. And misguidedly, fleeting audience approval is thought to translate to news product loyalty. It's no surprise that media sees logic in curbing incitement through coverage of inciters. 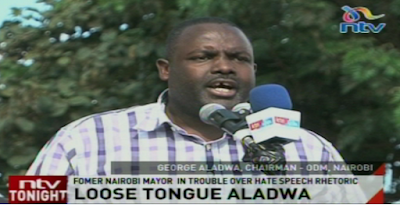 You are wary of inciting statements, but choose to expose inciters, by giving them a platform to further spread their incitement.

You stress the importance of national values but drive the agenda of tribal politics.

You promote issues-based politics but refuse to ignore personal interests of politicians.

You decry the inability of the state to combat terror threats but you publicly share sensitive security details.

You disseminate copious negative news about the country and question why tourists numbers are falling.

You condemn corruption but condone underhand dealings that bring you business.

You highlight the widening gap between the poor and the rich but entrench huge salary disparities in your workforce.

You advocate for meritocracy but make merry, when brilliant talent wilts as mediocrity thrives, within your ranks.

You hunger for exclusive stories and starve the audience of incisive news.

Just like it's being bravely suggested above, there is need for serious introspection by practitioners in the local media industry.

Hopefully one day we will realise that the joy of winning a competition of staring at the sun, comes with the agony of turning blind.