It's highly regrettable that a section of Kenyan children have been found indulging in 'adult' misbehaviour. And the media has been quick to jump on such stories, riding on their potential to shock and jolt the nation's conscience. But not every news story adds value to this issue. A sober approach is needed to smoke out the underage drinkers. 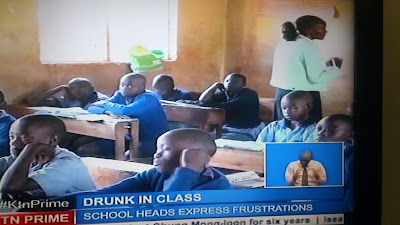 So, a media house gets word that pupils of a certain school have been more than quenching their thirst for knowledge, by imbibing fermented beverages of the illicit type.

A TV news crew is dispatched to the school, (or as is reported, 'pays a courtesy call'), interviews are conducted and material gathered used to assemble a ' Drunk in Class' news story.

It's perhaps hoped the emotional hook will align the morality compass in the audience, to point to the falling societal standards of raising children.

But the substance collected during the news gathering process needs to support the weight of the final content being broadcast.

It's one thing to say children attend school in a 'drunken stupor' but it will require more than the claims of school authorities and 'blurred' interviews of pupils to make the story fully convincing.

Talking heads only, and not even a local social worker or a medics's expert diagnosis, waters down the potency of the story. 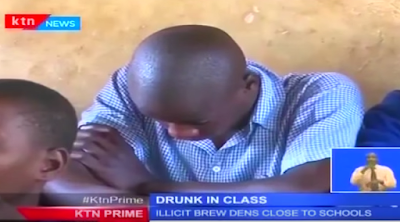 And ethically, you don't violate the privacy of minors, by pin-pointing pupils in class, whom the audience is supposed to believe are inebriated.

That is not a sober approach to smoke out underage drinkers!