Simple geography. Confused client. Complacent media. Any of two of these elements in combination, could be at play in yet another embarrassing misinformation by the Kenyan press. That the country's two leading dailies could publish such an obvious inaccuracy is astonishingly baffling. 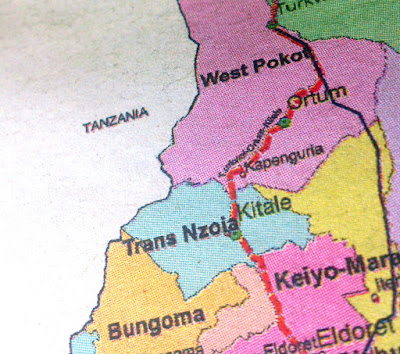 As I have previously argued in this forum, newspaper publishers ought to exercise some form of editorial control, on even the advertisements appearing in their platforms.

After all, the entire content in the paper, whether paid for, unsolicited or internally produced, is the direct responsibility of the publisher.

And this means ideally, the publisher is liable for example, for any material that is deemed to be offensive or injurious to any person, and hence not immune to any potential lawsuit. 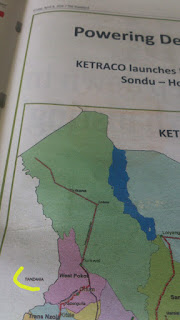 Turning to the erroneous substantive matter, this is one instance where the media terribly fails in its often stated basic role of educating the public.

In actual fact, even the role of informing, as aforementioned, is a massive failure by the mass media.

The erroneous depiction of the position of one of the East African countries, maybe, by a very long-short, purely based on extremely dry humour, could perchance be entertaining.

But this is no laughing matter.

It's a crying shame!
Posted by Albert Gachiri at 15:53