MINING MINORS AND MINORING IN THE MAJOR

The increase in the number of long-form news features in Kenyan broadcasting stations is great. The in-depth look at issues afflicting the society, affords the country an opportunity to reflect on the presented challenges and contemplate appropriate solutions. A recent feature on child labour put the focus on mining minors but almost ended up minoring in the major. 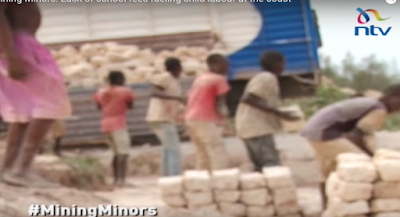 The scope of people interviewed was impressively wide, which brilliantly captured the conflicting interests at play, and how these ended up disadvantaging young children in that community.

However, the choice of what speakers say in the final story, raised more questions for the audience to try and figure out, in what emerged as a vicious cycle of poverty sabotaging efforts to vanquish poverty. 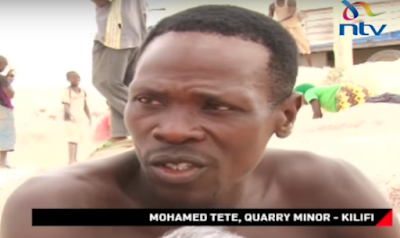 One of the 'poverty stricken' parents (hopefully not a minor), talks of the poor market prices of the product of his menial work. He is determined though, because he has to provide for his children...all 12 of them!

The other parent confidently justifies pulling children out of a public school, and enrolling them in a private learning facility.

But she just can't afford the switch and so it's back to the mining pit, in the interim, because there's no point prioritising education, over putting food on the table. 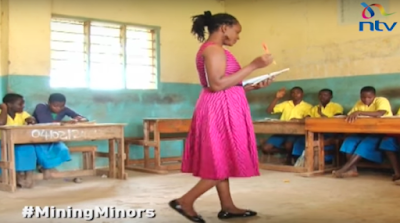 This parent also argues that the main problem with government-funded schools is that teachers seldom show up in class, thus compromising the learning process.

But what do school administrators say? There are fewer and fewer children to teach! 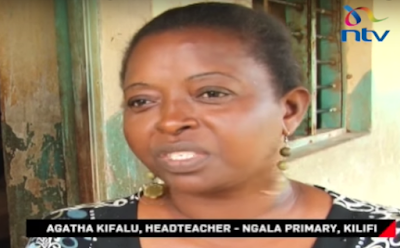 The issue of affordable education in the context of free primary education is somehow a major factor too. And the reason why many children are out of school is 'exorbitant' additional levies.

There's no mention of the possible impact of state-funded bursaries for needy children.
Local education officials, meanwhile, don't want to enforce laws that require parents to take their children to school, opting to instead 'sensitise' them first! 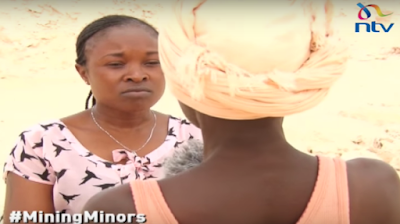 I could go on some more, but suffice it to say,  this feature raised pertinent issues about mining minors, but its delivery bordered on minoring in the major aspects.

Curiously, another rival station did a similar feature on child labour, three years ago, but in a different part of Kenya.

Some more creativity in crafting the title of the feature, could have been a useful 'minor' addition.

The topic is very useful not only to Government Practitioners but also to the other professionals because it gives the insights of how they can get involved in preventing child labour.