Explosive. The meaning implies a potential to blow up, but it's not so big a word. Yet a newspaper sub-editor, with his or her back-up copy perfection squad, can somehow still misspell it. Simple errors in the press, can be indicative of complex editorial inadequacies. 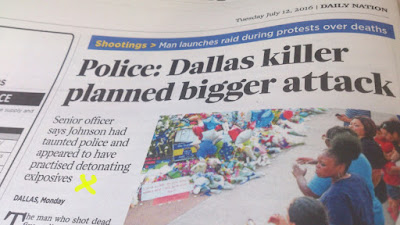 These could arise from:

- aversion to attention to details

Or could this just be the product of pompous media critics like this one right here? (Yes..me!).

But any mortal ought to cringe at some of the content pushed out by Kenya's mainstream media. 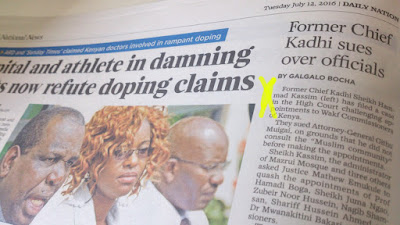 If it's not being misled into looking for non-existent photos, (none of the 3 faces on the left, in the page above, come even close to Kenya's former Chief Kadhi)... 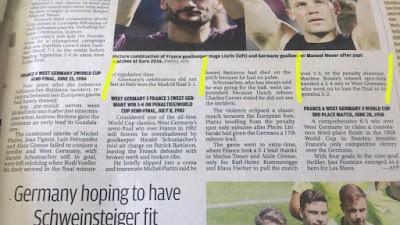 ...it's an exhibition of gross violation of historical facts, in the era of powerful and available search engines.

The 1986 World Cup was held in Mexico, so its absurd for the article above to state that:


'Germany celebrations did not last long as Italy won the Madrid final 3-1.'

Neither is it sane to say during the 1982 World Cup in Spain, it is:

Email ThisBlogThis!Share to TwitterShare to FacebookShare to Pinterest
Labels: Daily Nation, The Standard