Time or space are valuable factors, when putting together a news product. The selection of almost every word has to be justified in a newspaper or magazine layout, and even audio or video components are many a times edited ruthlessly, to fit a particular duration. So, it's quite surprising to see a paragraph repeated in an article. Is this notable intelligence or editorial negligence?

Assuming this was a deliberate decision by the publishers of this Kenyan daily, what could have been the main compelling reason for repeating the same information?

Emphasis- I don't think so!

What's more, one can get an excuse to conclude there could be an attempt to advance an agenda, which deviates from the expected neutrality in reporting such a story. 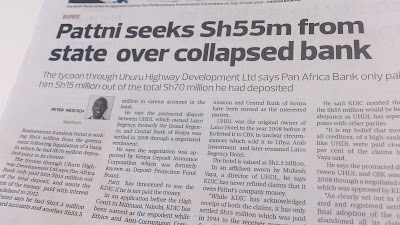 Why the repetition of this particular detail that is seemingly favourable to the central subject, in such a short article?

Notice also, the calamitous patchwork of a 'he-said, she said' reportage, evident in this story.

The repeated paragraph alluded to earlier, is actually attributed to two different people. 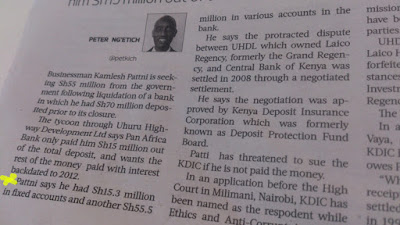 Is it Kamlesh Pattni?

Or is it Mukesh Vaya? 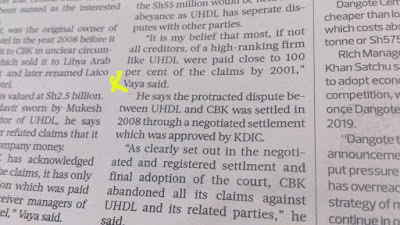 
"...the protracted dispute between UHDL and CBK was settled in 2008 through a negotiated settlement..."?

I say this he said he says sayings don't say much! You know what I'm saying?