In a TV studio, news presenters or program hosts use an earpiece to get cues or instructions from the director. In a talkback system, the presenter can also communicate with the producer or director. This equipment is placed on or in the ear. And if it also has the presenter's microphone, it should extend to near the mouth. But in 'smellavision' the nose too, gets some of the action. 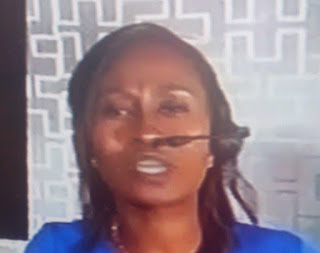 Is the presenter above speaking through the nose for some exotic sound effects of the nasal resonance type?

Or does it have anything to do with having a nose for news?

Or maybe...it's to nose around issues?

Enough of being nosy now. 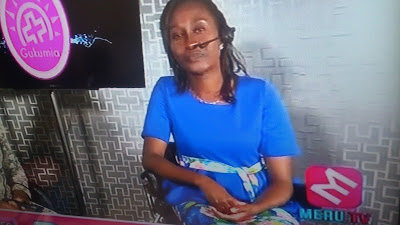 Suffice it to say that with television, hardly any detail is missed by the audience, and therefore, great effort should be made to ensure there's minimal distraction from what is being said.