It's not easy to find media reports that are agreeable with the entire audience. That's why being objective or balanced ranks high in journalism. That way, the audience gets to draw their own conclusion. So why should a newspaper purport to use a universal description of something? Adjectives like 'ultra-modern' could as well be describing crap. 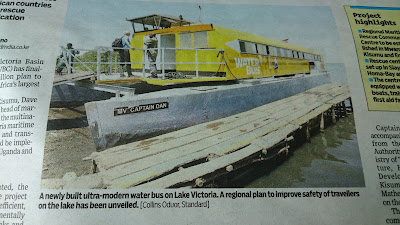 The caption above describes one thing, but the picture seems to show another.

What is actually meant by 'ultra-modern' and is it applicable across the board in terms of perceptions?

In other words, if according to the newspaper something is 'ultra-modern' are readers still allowed to hold a different opinion?

A good journalist tries to avoid such superficial use of generalised adjectives, especially when dealing with hard news.

Such kind of value judgement is suspect!

But you be the judge.
Posted by Albert Gachiri at 22:51