The term 'billion' has been quoted frequently in reference to misappropriated public funds in Kenya. It's a huge figure that elicits shock, probably until the mentions became one too many. That a billion has now become a common-placed phrase, is, however, no reason for the press to casually bandy it about. 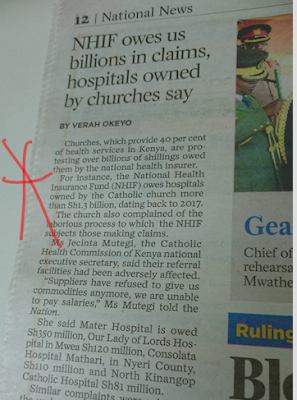 The headline of this article makes that 'magical' reference of billions, to perhaps immediately grab a reader's attention.

But, this reference becomes farcical after going through the content of the story and finding no supportive facts.

A mention is made of a somewhat vague figure of 'more than Sh1.3 billion', which hardly equates to billions.

Either some details were edited out from the original draft of the story, or, it's a classic case of a screaming headline and whispering substance!