That opposites attract is true for magnetic poles. But in communication, contradicting information is repulsive. The media risks confusing the audience, if news stories are two-faced in nature, or the meaning is delivered in a double edged manner that doesn't gel. Ambiguity is an enemy of editorial agility. 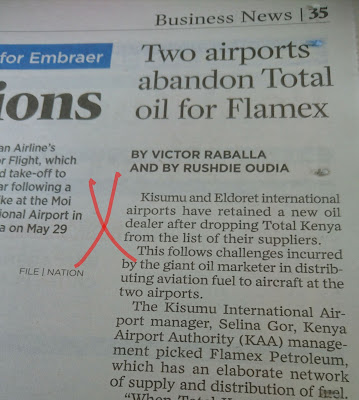 There ought to be a sense of unity in the message being conveyed, unlike in the opening paragraph of the article above, which seems to be pulling in different directions, sense-wise.

The story states that two international airports in Kenya:

Retaining conveys a sense of continuity, or keeping on with something already started.

So, how does one retain something new, after dropping something old?

According to the story, Total Kenya has been dropped from a list of suppliers, so it's incomprehensible to purport to say a new oil dealer has been retained.

Unless editorial rigour is totally dropped!