If facts are sacred, misquoting photographs should be sacrilegious. This may sound improbable because the media is more often accused of misquoting people and misinterpreting facts. Or publishing or broadcasting content out of context. But how else can one describe a newspaper that uses one photograph to show two different locations?

The two identical photographs above, appeared in one daily, but in separate pages.

The photo is first used to illustrate an article about plans to develop Isiolo Municipality, in central Kenya. 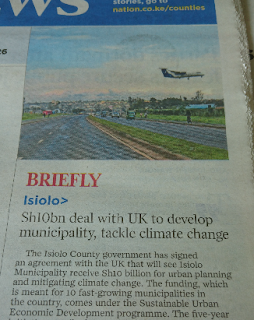 On turning the pages, one shortly encounters the same photo, (a much larger version).

But this time, the story is about the safety of flights to and from Kisumu airport, in the western part of the country. 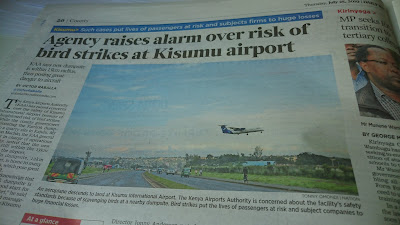 What informed this editorial misadventure?

Both Isiolo and Kisumu counties have airports, so having a plane in the picture works for the two locations.

But not the same plane.