It's not very often that the Kenyan media dedicates ample time and resources to bring a private court hearing into the public sphere. The coverage of legal matters should be restricted to the issues as they arise, taking care not to violate the rule of sub-judice. In a divorce court, a media house could be courting trouble, if it suggests its perceived stance on the matter. 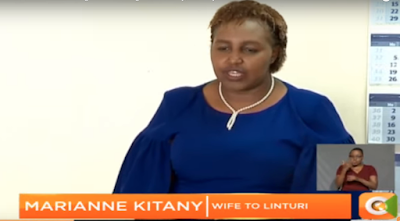 That appears to be the case here, given the way this TV news channel identified one of the litigants.

If party A says there was a marriage contract with party B, but party B disputes this and the matter ends up up in court, (never mind if party A wants to part ways with part B), why should a media outlet identify party A as being married to party B?

In the public eye, a position on the matter is already being strongly projected.

But on such legal matters, it's 'dangerous' and unethical to even appear to have an interest in the outcome of such a case, by deviating from the confines of neutrality and objective reporting.

The judicial system frowns upon acts that can jeopardise the fair determination of matters before it, even if they play out in the court of public opinion.

In the coverage of this divorce court, this media house could be courting trouble!
Posted by Albert Gachiri at 00:11