It's common for retail outlets to have a return or refund policy, in case customers are unhappy with their purchases. Likewise, Kenyan newspaper publishers should be compelled to have a refund policy. That would probably motivate editorial gatekeepers to be keener on pushing out a flawless news product. 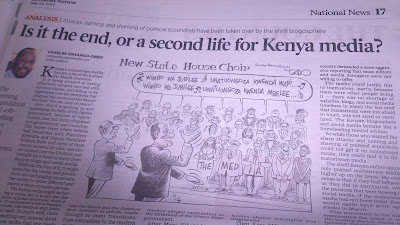 If one purchases a newspaper, it is like any other investment. And if one feels it falls short of the expected quality, then getting stuck with the faulty product is really being shortchanged.

So one, I dare posit, should be allowed to return the offending newspaper, of course within a reasonable period of time, and sensible condition of the paper.

This line of thinking has been prompted by a recent purchase of a daily, from the stable of the largest media house in East and Central Africa. The paper was remarkably 'substandard' and annoyingly mediocre. 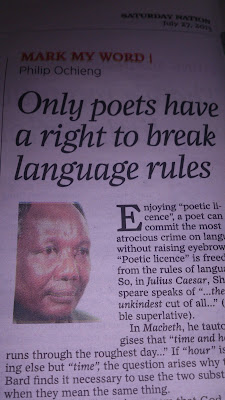 The copious serving of atrocious grammatical errors left a nausea-inducing syntactic aftertaste, despite a renowned columnist penning a timely reminder, in the same edition. 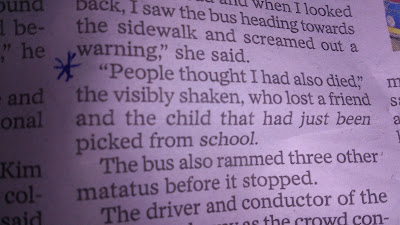 Just what exactly was the above paragraph, for example, purposed to achieve? It starts off with a quote, then meanders into an incoherent non-sensical quandary.

The lead story for this particular daily was about Mutula Kilonzo Jnr winning the Makueni senatorial by-election with a very wide margin. 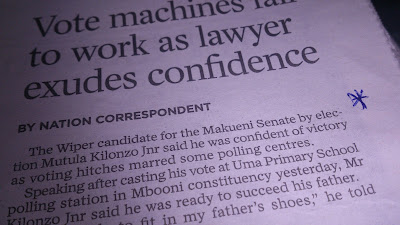 So, why should the paper have another story, suggesting the outcome of the poll was yet to be determined? And is it really necessary for the same quotes to be used in different but related stories?

The same paper on more than one occasion utilised some rather unusual, if not non-existent English words. Can the editors care to explain what meaning, 'nt' below is supposed to convey? 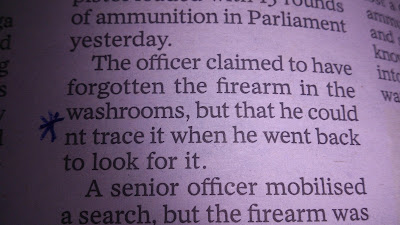 This 'invention' of new words could astonishingly also be found in an internal advertisement, from non-other than the newspaper publishers! 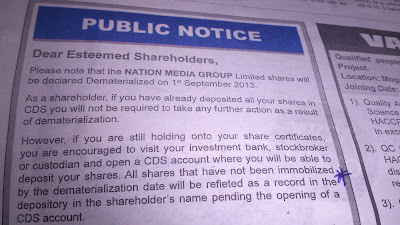 Or is 'refleted' a valid English word, dear sub-editor? And while at it, how can a book that has been released, be set for another release? 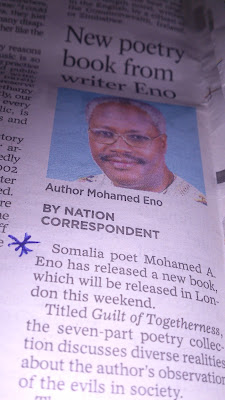 It's indeed a big shame to have even spelling missteps on the 'hallowed' page dedicated to literary discourse. 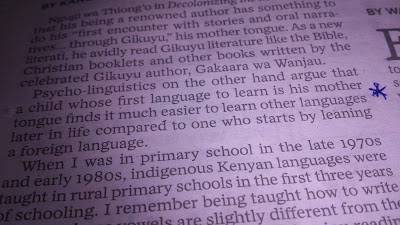 And it's utterly shocking the way this 'special' paper carelessly handled a story sent in by one reader. 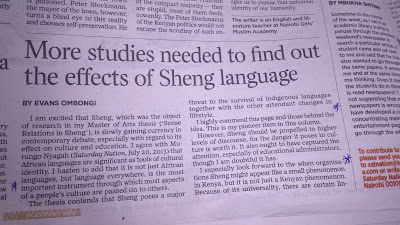 One line in this article appears to be terribly misplaced, and looks like it could have more naturally be at the very beginning. 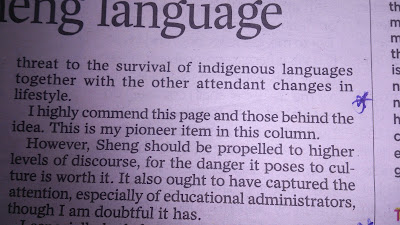 Then the clincher! The article just ends mid-sentence, (or is it mid-word?) 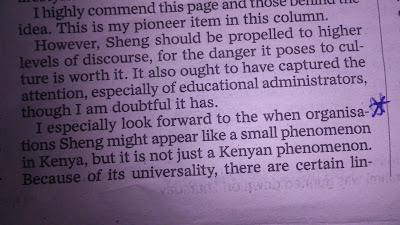 To be fair, this newspaper did have some great readings, like, "Sam Kahiga: Artist in every genre", and the very moving, "The triumph and tragedy of Francis Kadenge".

Also standing out was, "Is it the end, or a second life for Kenya media". This article made a direct reference to me, (yes me!) 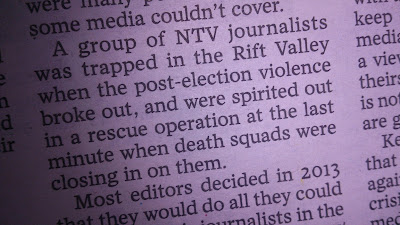 The author however, left out, what I think should have been obvious details in his 'great' analysis. 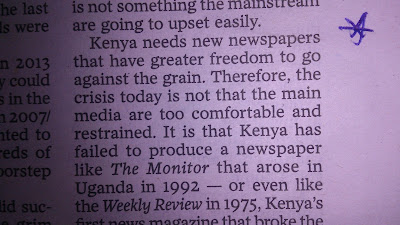 There was no mention of the People, (in its initial format as a weekly paper) the Star (which folded and is not related to what is published in the current market), or even the defunct Leader, which turns the above argument on its head.

And these observations, from one particularly 'gifted' daily, in terms of its array of errors, I strongly feel, makes a strong point for Kenyan newspaper publishers to consider introducing a refund or return policy for those irked/dissatisfied after purchasing news publications.
Posted by Albert Gachiri at 17:04

Very true a rebate will do.- Peri

Oh come off it! You only focused on one daily? To be fair, you should have 'reviewed' all.

Perhaps so Andrew. But the gist of the piece is the horror of 'one' daily having so many mistakes. It was not meant to be a review of all newspapers on that particular day. If you go through the archive section, you will surely see that other newspapers and broadcast stations have had their 'exclusive' days on this chopping board.

iParrot Post is a global read and reporting news platform that enable users to post their account of events witnessed, worthy local and International news. iParrot Post is a breaking news portal.iParrot Post exists to provide independent news and information to the masses, comprised of news feeds from around the world. We enable our users and subscribers to submit local News that they see as important. It is also a portal to allow users and subscribers to comment and contribute to the News events of the day. Worldwide News UK | English UK News | Local UK News | UK Political News | English British Sports News | Business UK News | Breaking UK News | Technology UK News |