CASE FOR AN APOLOGY FOR EDITORIAL BLUNDERS

Should a news source be allowed to sue for defamation, if they are quoted in a very badly written newspaper article? They're being linked to a product that potentially may damage their reputation or lower their standing in society, after all. Or should the papers be compelled to publish an apology for editorial or glaring grammatical blunders? 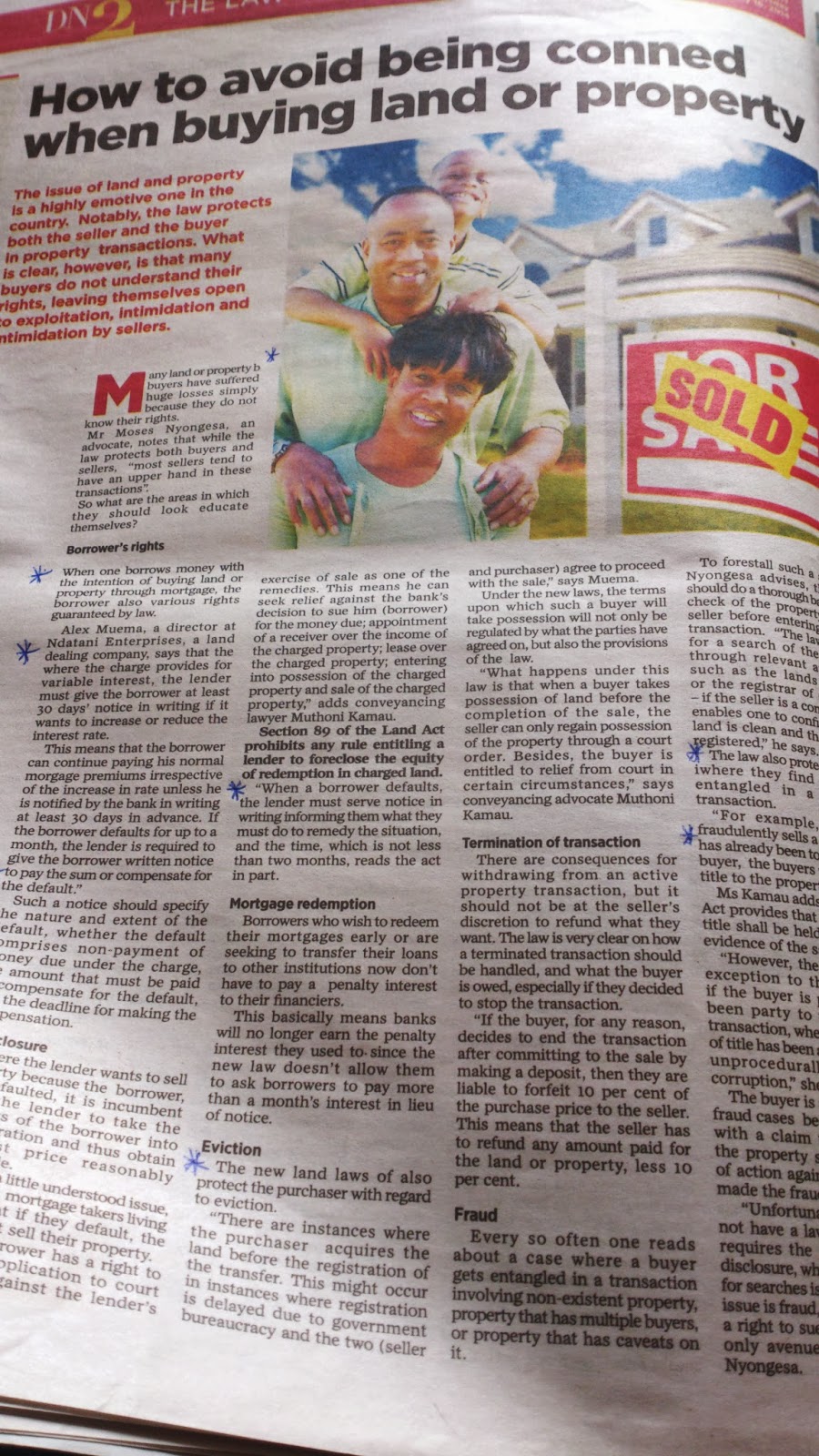 This is the common practise in instances, where newspaper articles propagate inaccuracies or deviate from the factual representation of the truth, especially where subjects are adversely mentioned. But perhaps the same should now apply to poorly written articles. 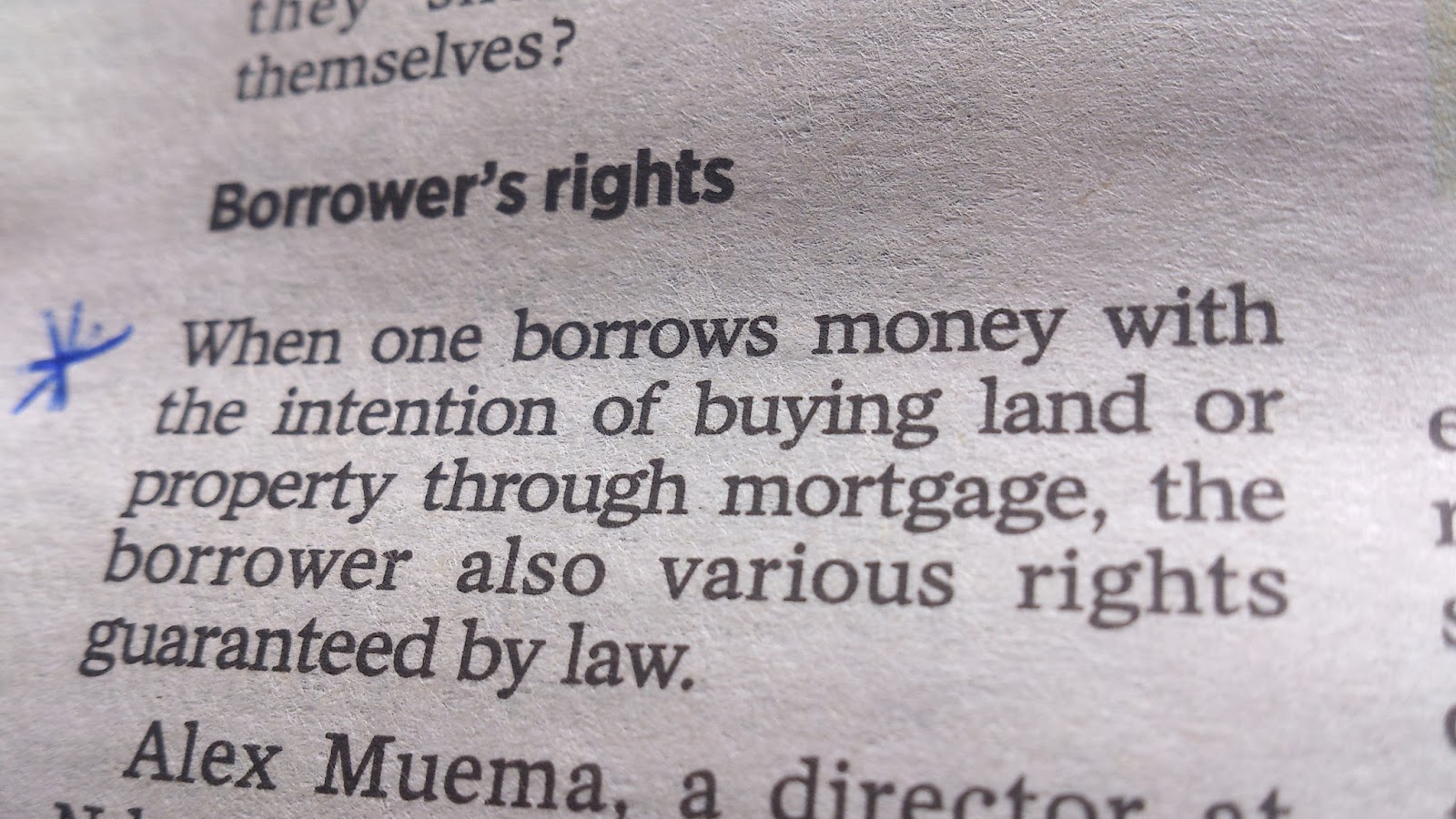 What's the desired meaning of this paragraph, from a recent article, by the largest newspaper publisher in the East African region?

"When one borrows money with the intention of buying land  or property through marriage, the borrower also various rights guaranteed by law." 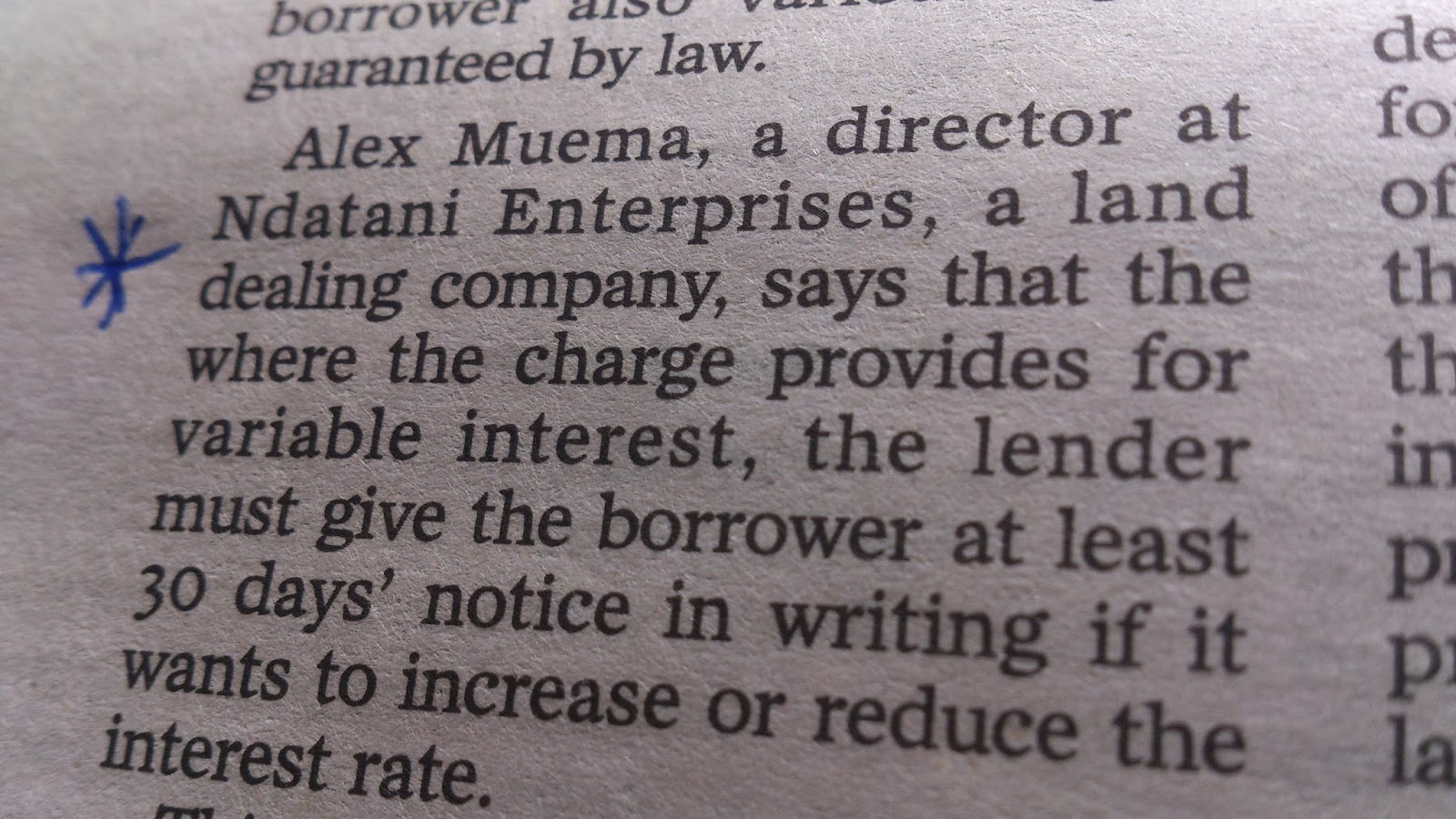 Then a source is attributed saying, "...the where the charge provides for variable interest, the lender must give the borrower at least 30 days' notice in writing if it wants to increase or reduce the interest rate." 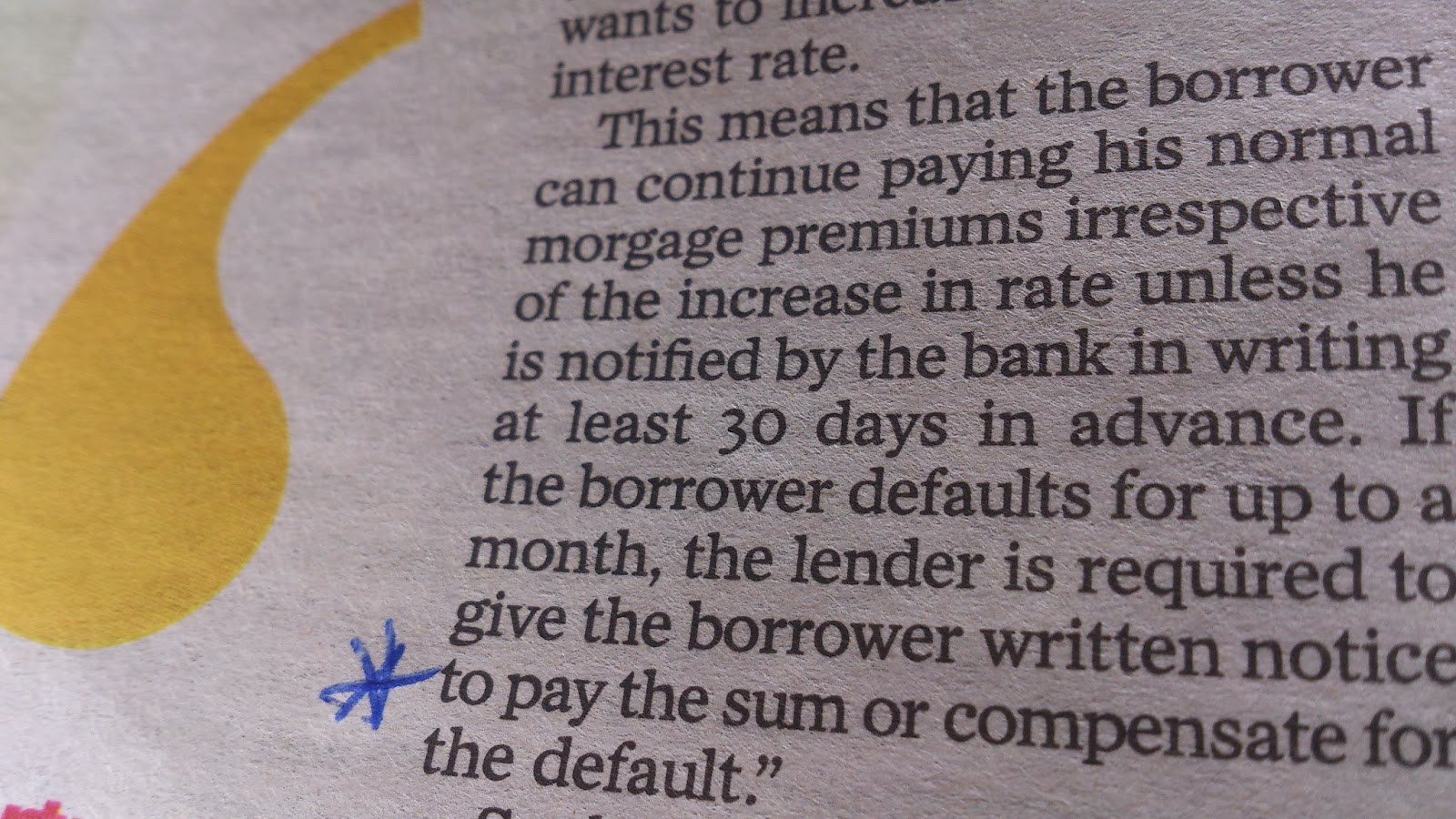 The same article seems to have 'invented' the use of ONLY closing quotation marks, in a paragraph that is not linked to any particular person or statement. 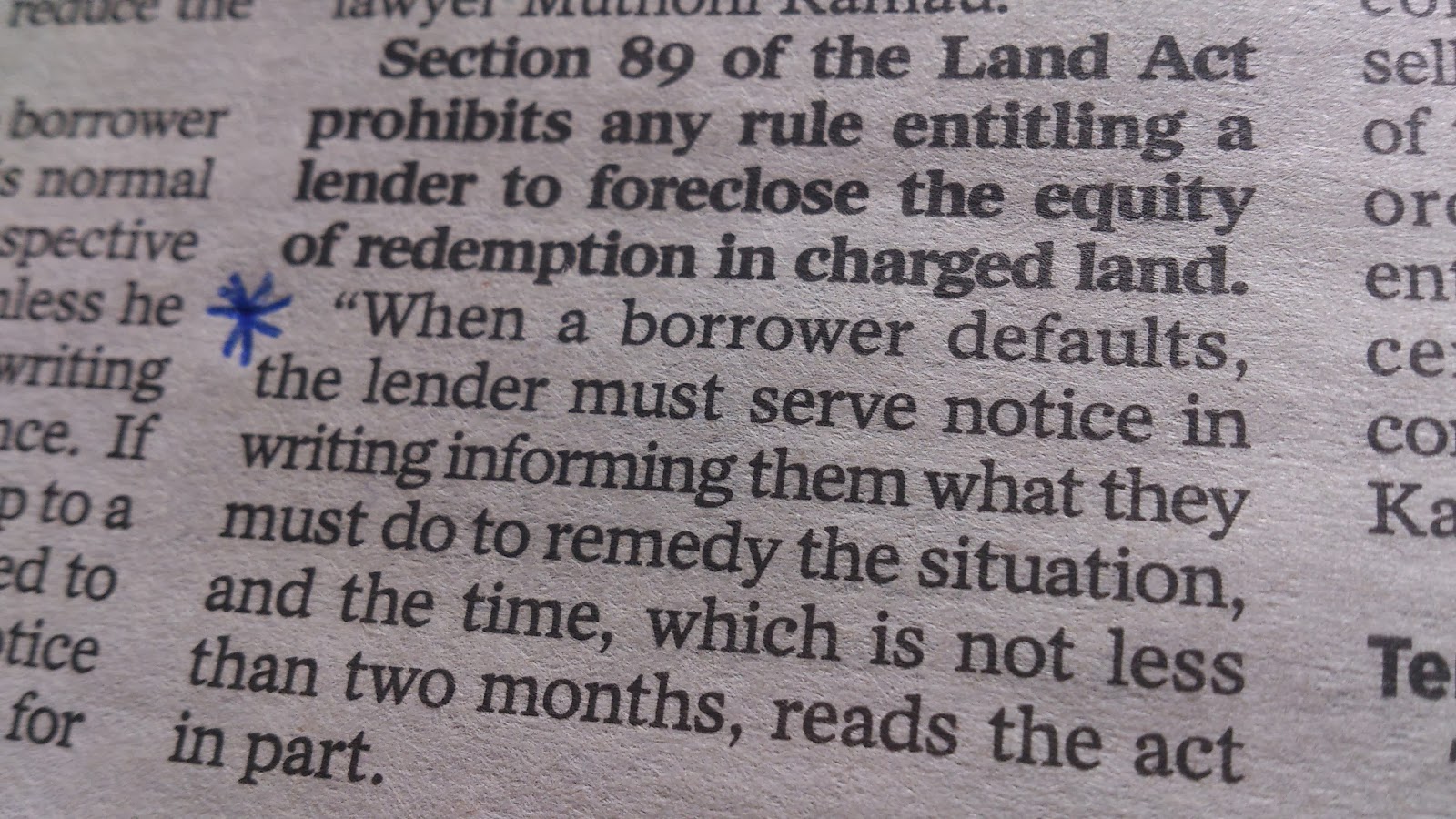 This syntactic 'innovation' is replicates somewhere else, only this time the opening quotation marks are deployed in isolation.

There are a couple of other editorial blunders, in this 'gem-packed' article, which raise concern about quality control inadequacies in Kenya's leading newspapers. 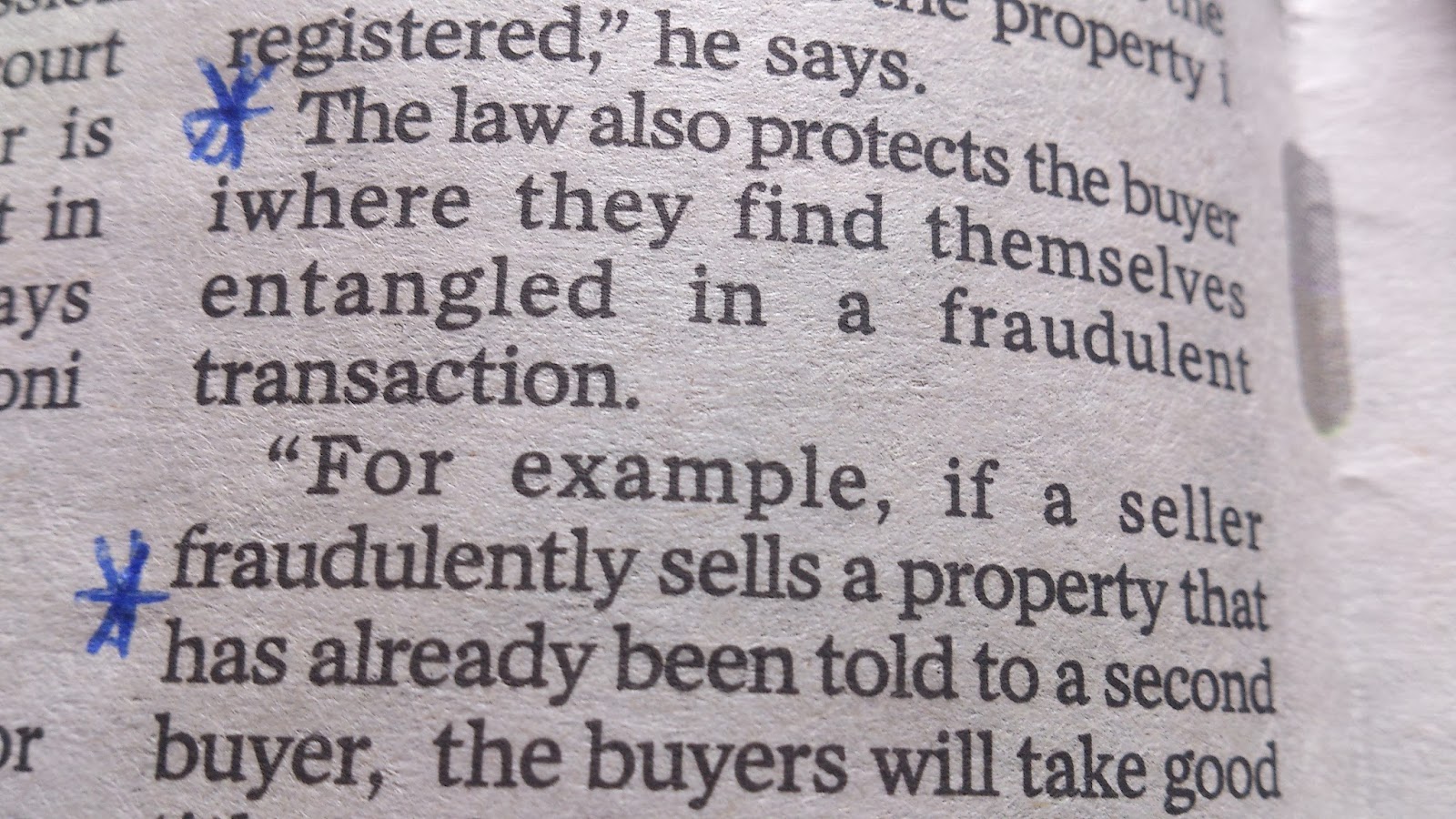 And is the concept of using direct quotes for emphasis, so hard to grasp? For identical information, you can either choose to use direct or reported speech, not BOTH at the same time!

In this front page article, the writer/editor reports that the Labour Cabinet Secretary said: "... the national safety net fund has already flushed 1,400 ghost beneficiaries from the disability component of the fund." 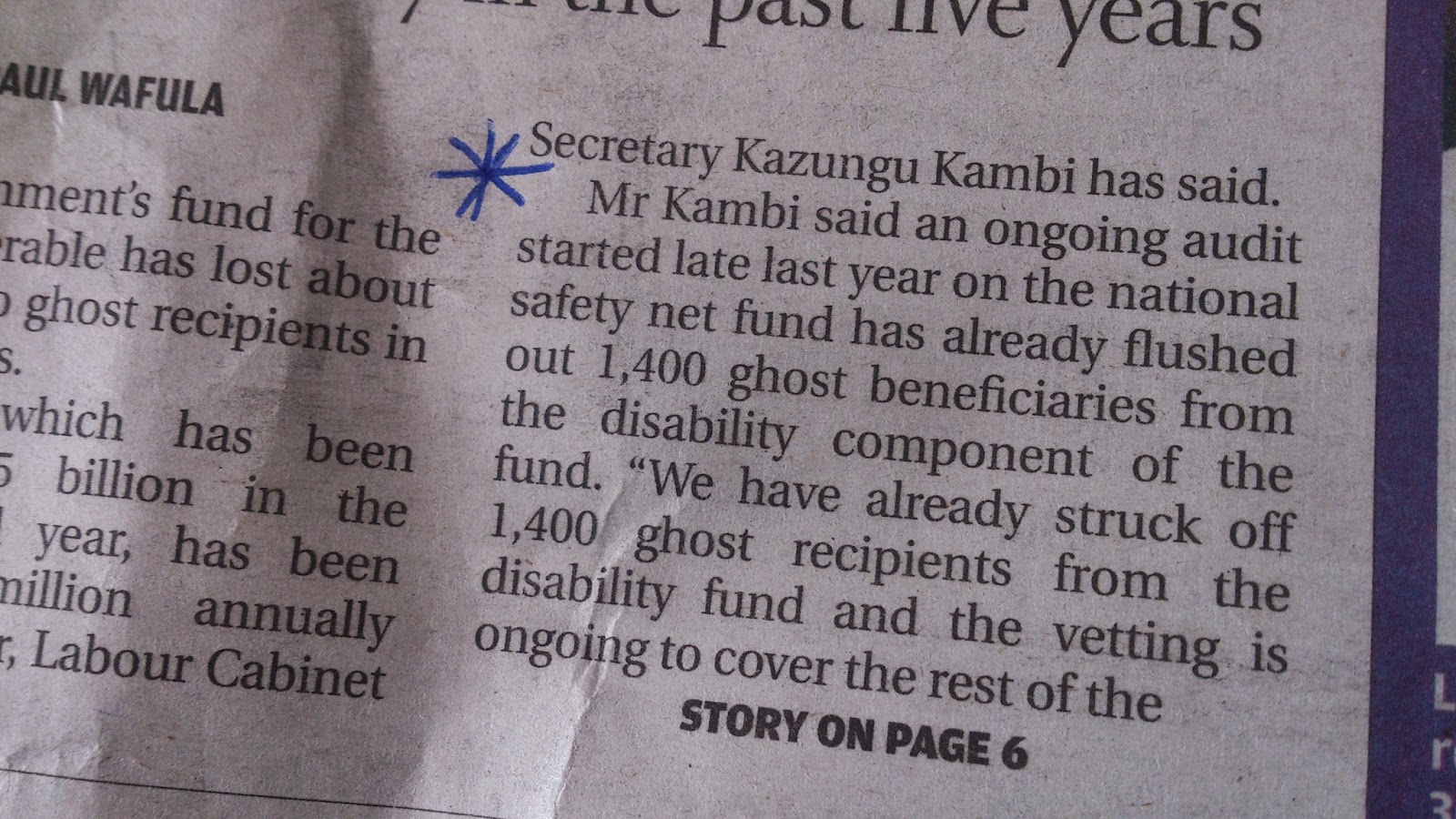 Then immediately after, the reader's eyes are accosted by a direct quote from the same Labour Cabinet Secretary saying, "We have already struck off 1,400 ghost recipients from the disability fund..."

Is it that the reader is not supposed to trust the reported facts attributed to the Labour Cabinet Secretary, unless the same have been backed by direct quotes by him? Or does the need for emphasis, override the pain of wanton repetition? 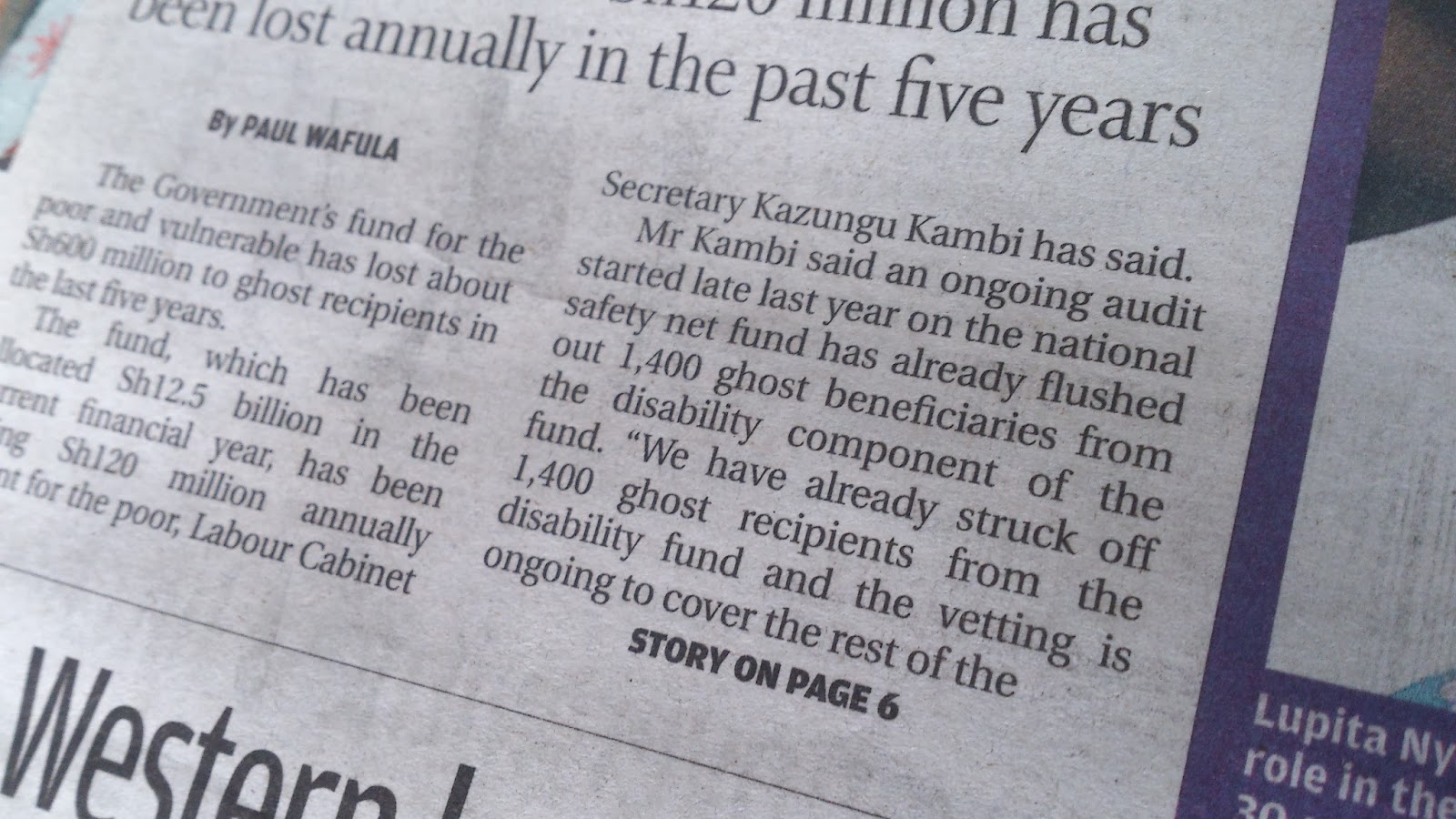 This front page story, according to the editor, continues on Page 6. But if you turn to that particular page, the article is nowhere to be found. One encounters the rest of the story on Page 4, instead!


The case for an apology for editorial blunders may be far-fetched, (for now), but one does rightly expect that newspaper gatekeepers ought to be capable of preventing 'minor' yet 'massive' errors from getting published.

Email ThisBlogThis!Share to TwitterShare to FacebookShare to Pinterest
Labels: Daily Nation, The Standard