ONE STORY, ONE NEWSPAPER, DIFFERENT FACTS

In yet another indication of the mediocrity that seems to have taken permanent residence in some Kenyan newsrooms, a story with contradictory facts has safely made it to the pages of a leading daily. The end result is one story, in one newspaper, but carrying different facts. 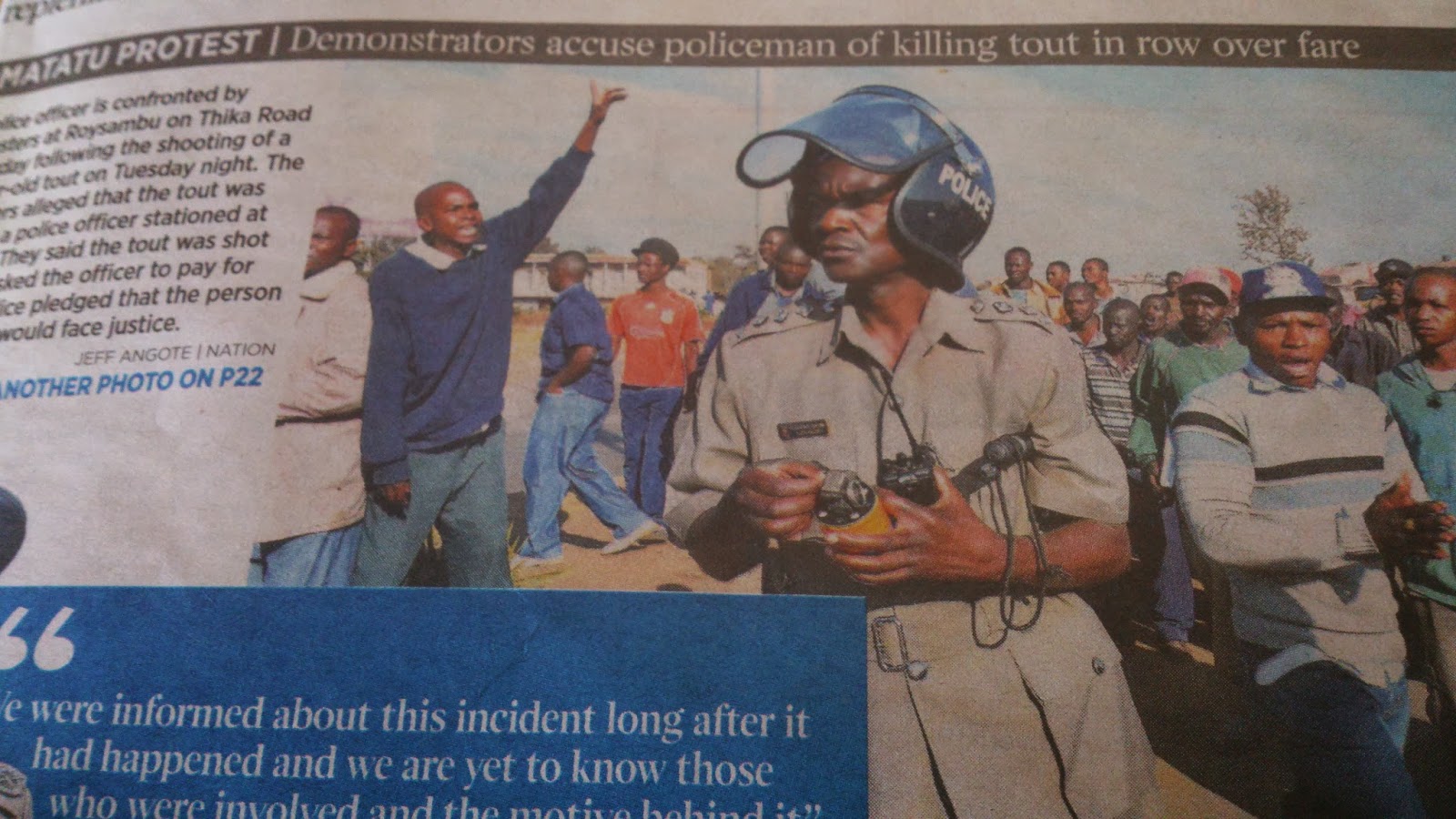 It's understandable for a number of editors to seek to fine tune details of one story, at different stages in the production process. But there must not be more than one version of the final story, in the same paper.

That this happened in a newspaper from the stable of the largest publisher in this part of Africa, makes the error in editorial judgement even more monumental, if not perplexing. 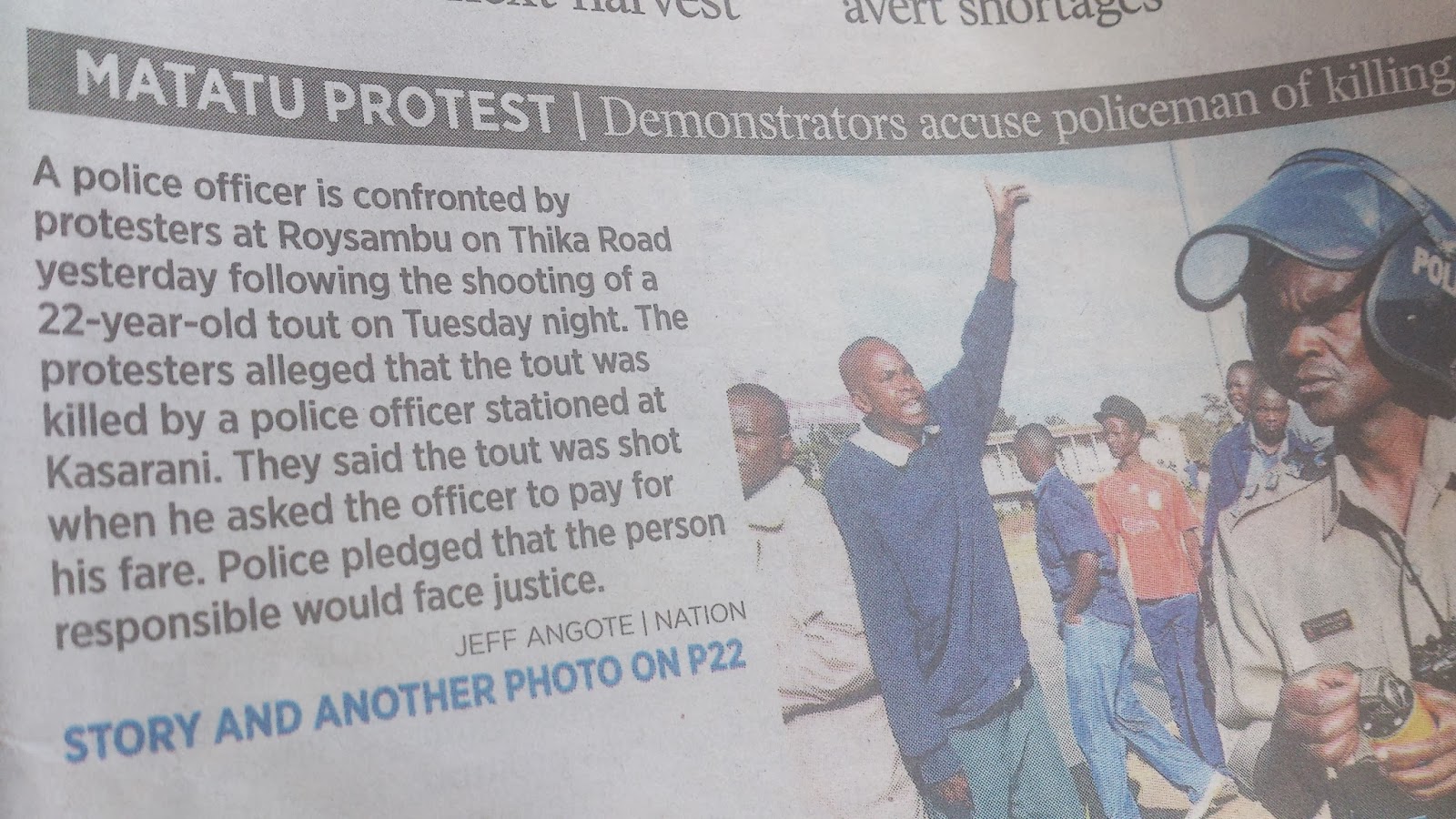 The front-page teaser of this story about a violent matatu protest, states that a tout was allegedly killed by a police officer, in a row over fare.

On turning to page 22, for the full details of the story, the facts amazingly metamorphose, and the cause of the altercation between the police officer and the tout, is now attributed to a demand for a bribe. 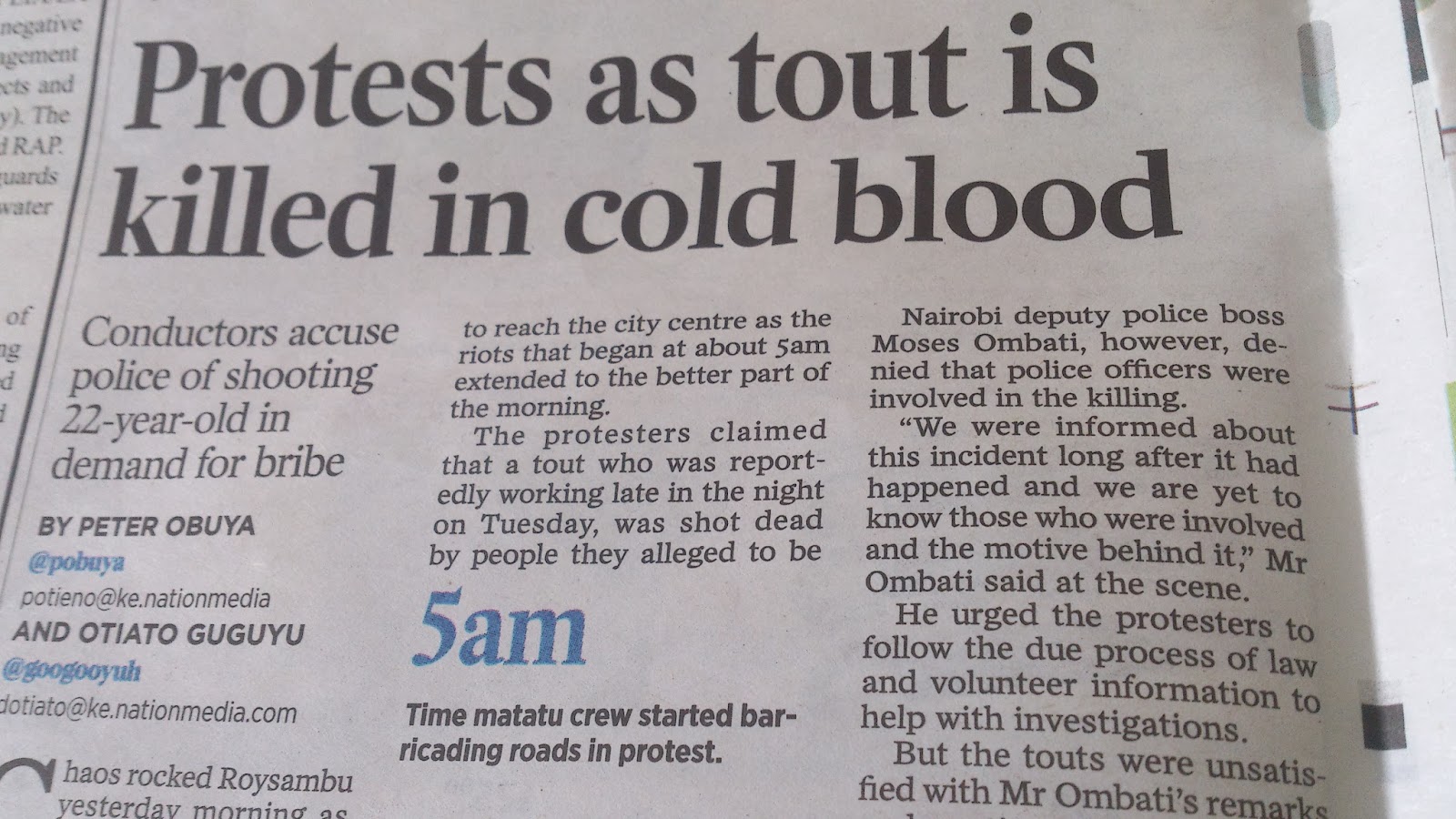 Moreover, there's reference being made to a policeman, an unknown gunman, and even armed men, as 'allegedly' having been at the centre of the dispute that sparked the protest. 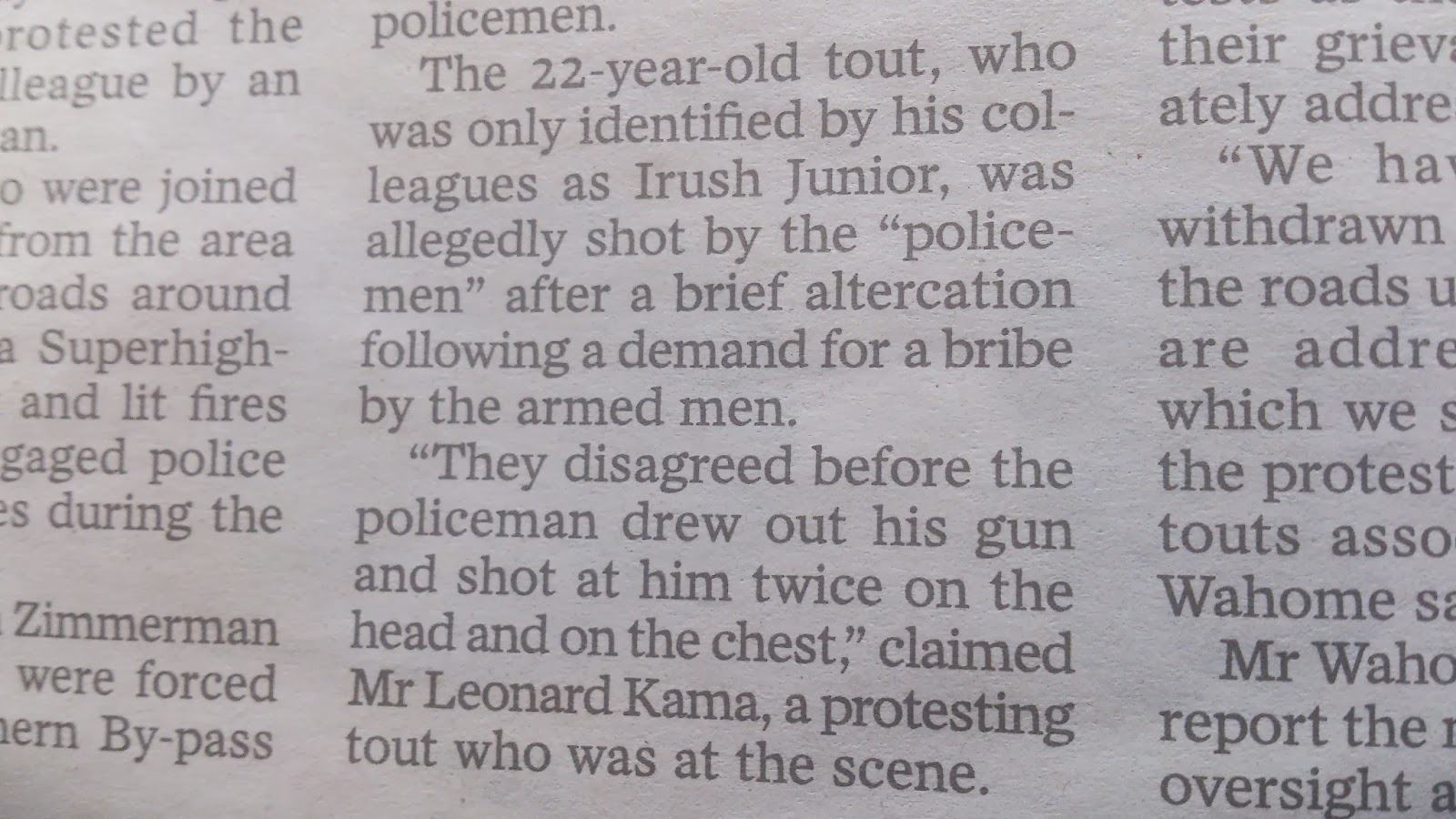 If the newspaper editors are not sure about the salient facts of a story, alleged or otherwise, (as indicated by the different versions published), how is the reader expected to believe any information contained in the same story?

No wonder it's so easy for people to say, "Don't believe what you read in the papers."

Albert
This clearly shows that the criteria for quality journalism has shifted just like the story shifts through the pages.
What insults me is the thought that someone somewhere in that establishment said "go ahead...noone will notice".
In other words, these editors have done their famous marketing STP and categorised us as clueless barely literate readers. That is why these seem to be no standars whatsoever.

Like banking, journalism thrives on trust. Readers need to trust that published stories are based on fact. The trust that Kenyan media used to enjoy has been destroyed in the recent past. Unfortunately, trust is like virginity. When it's gone it's gone.

Indeed. The Kenyan media has lately been on a downward spiral, on the quality front. But the audience is getting more and more enlightened and will soon be empowered enough to reject substandard content in the market.

What do we call the tricks of marketing coz i think they are the key player and centre of the drastic change in the news content nowdays.. Call it Customer.......